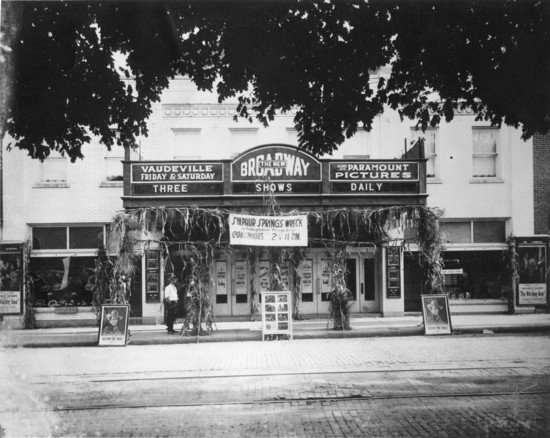 Contrary to what you may be thinking, this isn't a blog about the New Broadway Theater in Cape Girardeau. This blog is about the photo itself and the sign hanging from the theater's marquee.

Despite the photo being credited to Lueders Studio, which was in business in Cape Girardeau from 1925-1995, I'm sure the picture was taken by a different photographer (possibly George Kassel) in 1922. It was in August of that year that the "Sulphur Springs (train) wreck" mentioned in the sign occurred in Jefferson County, Missouri. Not long after the wreck, the proprietors of the Broadway Theater showed moving pictures of the wreck's aftermath.

The wreck occurred on Aug. 5, 1922, and killed about 35 persons, injuring many more. I say "about 35" were killed, because none of the sources I have found agree on the count. Not even lists of the names of the dead agree.

Here's the coverage presented to the readers of The Southeast Missourian following the tragedy. 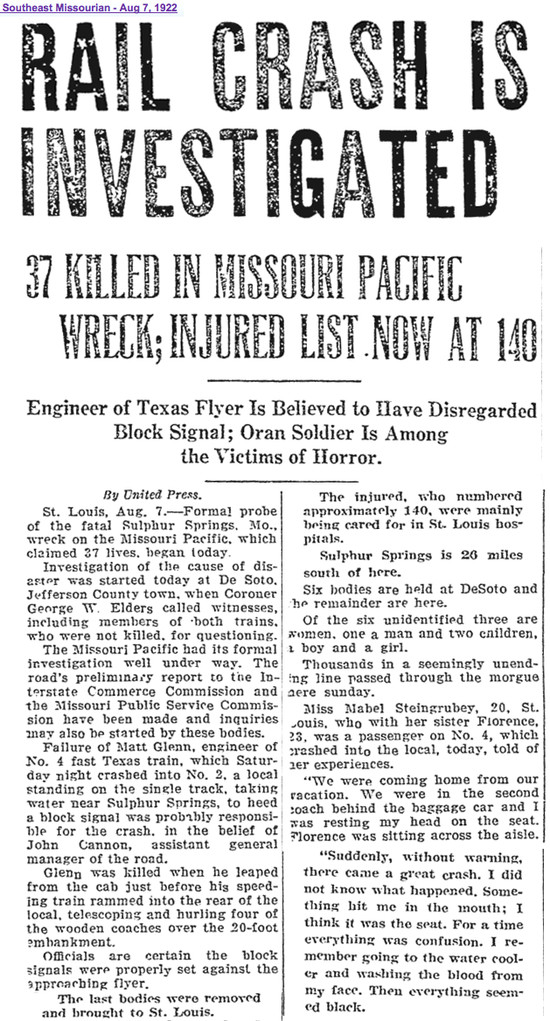 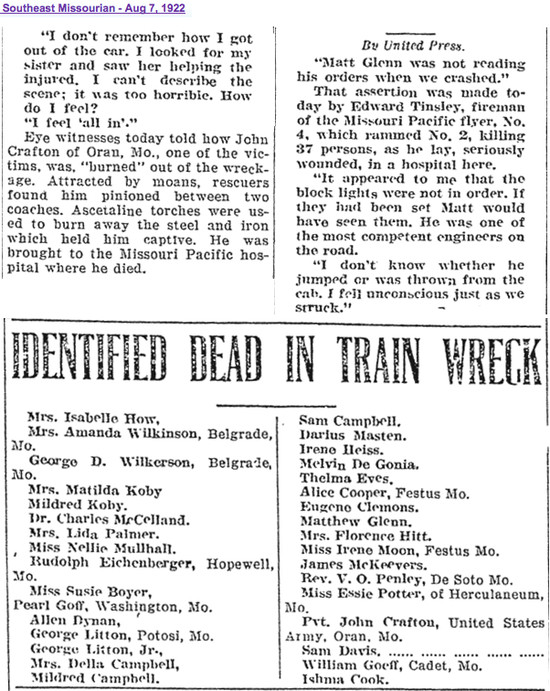 According to a United Press article published in The Missourian Aug. 8, a coroner's jury placed the blame for the wreck "squarely on the shoulders of Matt Glenn, engineer of the fast Texas train." Further, "the jury found that Glenn's 'negligence' in failing to obey signals set against him, resulted in the smashup, one of the worst in recent years."

On Aug. 10, 1922, the newspaper published another article noting that Broadway Theater manager S.E. Brady was that day showing moving pictures of the wreck. The film was the work of Lewis J. Selznick Productions, which produced newsreels for theaters in the early 1920s.

According to the newspaper article, "The New Broadway of Cape Girardeau is one of the first theaters in the land to show these authentic scenes, taken at the horrible wreck, which on last Saturday took a toll of over 35 lives and injured many more.

"The Selznick News Camera man was the first moving picture photographer on the scene. he secured many close-up 'shots' of the wreckage, and when the finished prints were received from the laboratory, one went to ... St. Louis, to be shown for the first time that night, and another was immediately dispatched to The New Broadway."

This ad for the showing ran the same day as the news release.

In reading through the list of those killed at Sulphur Springs, I noticed one was a young soldier who hailed from Oran, Missouri, a town where I have lots of family. Here's his obituary. 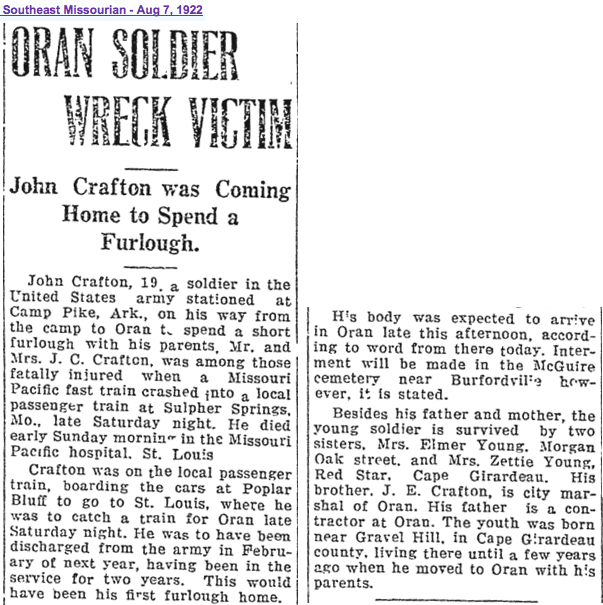 I do need to point out that Crafton was not buried at McGuire Cemetery near Burfordville, as this story indicates. He was laid to rest at Friends Cemetery at Oran under an impressive stone bearing the words: "Gone, but not forgotten."