We all scream for ice cream

Gladys Smith of Scott City called me recently to identify the photo below, which we ran on a Sunday History Page. The woman, Gladys told me, was Emma Bennett, and the boy obviously enjoying ice cream scraped from the paddles of an old-time ice cream freezer was Emma's son, Robert.

Using the information Gladys provided, I was able to track down the photo and the food feature published with it on July 11, 1962. 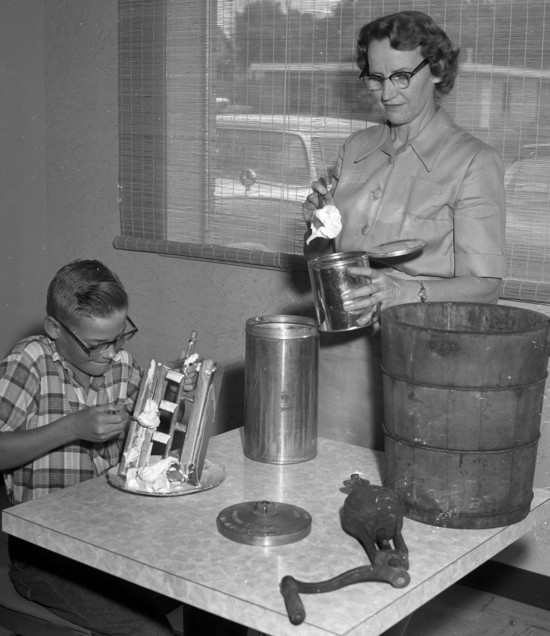 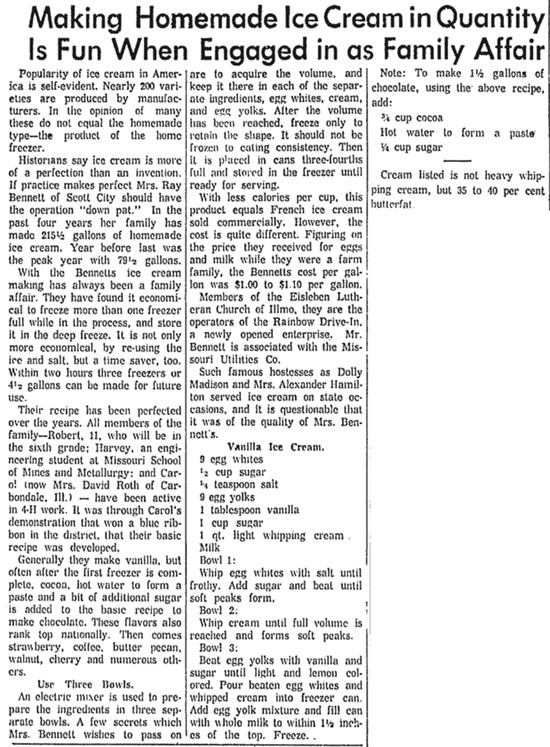 According to her obituary, Emma Kruse Bennett was born on Feb. 15, 1918, in Bazil Mills, Nebraska, the daughter of Christ and Wilhemenia Jahn Kruse. She married her husband, Ray G. Bennett, there on July 25, 1939. He died in 2001.