From reading room to public library 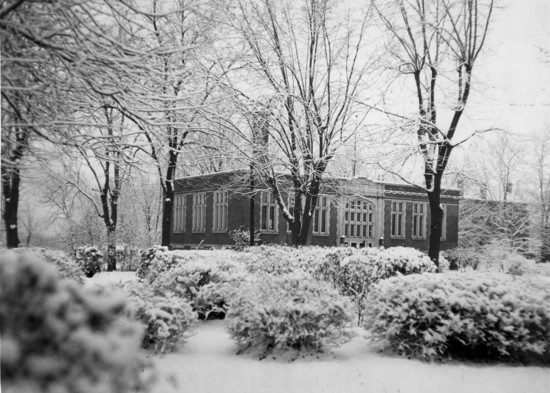 While the folks at Southeast Missouri State University have been celebrating the legacy of Sadie Kent and her library's 75th birthday, patrons of the Cape Girardeau Public Library have plenty to crow about too. A century ago this month, a group dominated by the prominent ladies of the city opened a reading room and public library in a building at Themis and Spanish streets.

The need for a public library had been known for a long time, but in 1914 Cape Girardeau's movers and shakers decided to get the job done. A mass public meeting was held in April of that year to gauge support for a public library and to organize efforts to establish it. A committee of five men and five women worked diligently to collect funds and books for the new reading room, and on Nov. 7, 1914, the doors were thrown open to Cape Girardeau's eager readers.

The time is evidently ripe for a public library in Cape Girardeau to judge from the enthusiastic crowd which gathered Saturday afternoon when the reading room at the corner of Spanish and Themis streets was opened. The room looked very attractive with its growing plants, comfortable furniture, piles of magazines and rows of books. The little chairs which had been provided for children were far too few and a good Elk, stopping in and seeing the crowd, sent over a number of chairs from the club, which were all filled in short order.

At 4 o'clock the children formed a circle and Miss Etta Long read them the story of the "Little Tin Soldier," which was very much enjoyed, not only by the children, but by the older part of the audience as well. After this the librarian's desk was mobbed by eager little folks who wanted to take books home with them. The next morning the librarian met a little boy who had taken home one of the books and asked him if he liked it. He said, "Yes'm, I've done finished it," and wanted to know when the library would be open again.

The children's story hour will be a regular feature at 4 o'clock Saturday afternoon.

Miss Kent of the Normal library has organized this library, using the Dewey Decimal system. This is the system used in the St. Louis Public Library and most of the large libraries of the country, and under it the library can be added to indefinitely without reorganization.

For the present six interested women have volunteered their services and will see that the room is open for use Mondays, Wednesdays and Saturdays from 3 to 6 in the afternoon, and from 7 to 9 at night, and Sunday from 3-6. As soon as the committee feels justified by the interest shown by the public, a regular librarian will be employed. Some good fiction has been collected and the best current magazines will always be on hand.

On Monday, Nov. 16, from 3 to 5, the committee will be at home to the public in the reading room. Tea will be served and it is hoped that all who are interested in the success to the library will be able to attend.

Those having books they are planning to contribute could bring them at this time.

This story, published Feb. 18, 1989, expands on the library's earliest years.

PUBLIC LIBRARY IS ESTABLISHED IN CAPE

Largely through the efforts of Cape Girardeau's women, this city's public library was established 75 years ago.

On Nov. 7, 1914, a reading room was opened in the Elligood Buildings at the corner of Themis and Spanish streets with 125 books.

Efforts to start a library here began long before 1914, however. A early as 1901, civic leaders tried to establish a library. Mr. and Mrs. Louis Houck even offered to donate some $30,000 for a free library, if the citizens of Cape would maintain it by paying a special tax of two mills. That plan fell through, however.

The issue remained dormant for many years, but then in 1912 it was revived by a girls' group, the Campfire Guardians.

The secretary's minutes for April 6 recorded this statement: "Mrs. Lillian Clarkson West, 'Aunt Hope' of Gospel Rest Room... St. Louis, told something of her work ( and) encouraged us in our determination to start a reading ad recreation room and donated her book, 'Aunt Hope's Kitchen Stove and the Girls Around It,' to the Cape Girardeau Public Library, as it is to be called. Edna Sebastian and Elizabeth Davis were appointed to find a room for the library."

On April 24, 1914, a mass meeting was held at the Common Pleas Courthouse, with the public giving its hearty endorsement to the library.

At the gathering, Louis Houck, Fred Naeter, H.A. Nussbaum, W.H. Huters, Emil Drusch, Mrs. George Bell, Mrs. W.H. Harrison, Anna Osterloh, Martha Shea, and Elizabeth Davis were elected to the library board. It was also revealed at that time that $127.50 had already been subscribed, and partially collected, toward the library.

It was this board that selected a room in the Elligood Building for the library, paying a rent of $20 per month. Funds to support the reading room were pledged by the women of the city, with 25 ladies donating 50 cents per month for 12 months.

The reading room opened on a Saturday, Nov. 7, 1914, with an enthusiastic crowd enjoying the new facilities.

One of the most popular features of the day was the children's hour. Etta Long red the story of the "Little Tin Soldier" to a circle of eager children. It was well received by the youngsters, and even some adults, and became a weekly event at the reading room.

Volunteers were to look after the room on a day-to-day basis and plans were made to hire a librarian once the library was established.

But the reading room showed such remarkable growth in its first few weeks, that by early December the board saw the need for a full-time librarian.

Because funds were unavailable, the Wednesday Club decided to take a hand in the matter. On Dec. 2, the club agreed to stand the expense of hiring a librarian for $20 per month, fore three months at the least.

No sooner had this guarantee been made, that Helen Coerver (later, Mrs. Burwell Fox) was hired and served as librarian until 1918.

During the summer of 1918, the reading room was moved to the Elks Building..., because it offered a lower rent. It remained there until the Carnegie Library was built in 1922.

A Carnegie Library had been suggested as early as 1914, and over the years it was discussed, but nothing was done until 1916. In that year the Women's Council of Clubs was organized, representing 18 women's clubs of the city.

At the first regular meeting of the council, member clubs were asked to consider Cape's greatest need. The reply was almost unanimous: a public library.

Communication with the Carnegie Foundation was started at once and the foundation pledged to give $20,000 for a library building. Soon after the project was initiated, however, World War I began and the effort was discontinued.

It was resurrected by the women's council again in February 1921. This time the Carnegie group was asked to supply $30,000, the increase coming from higher construction costs.

Carnegie agreed to give $25,000 to the project, if the local organization would raise $5,000. Another condition was that the city would have to support and maintain the library through a special tax.

The women accepted the offer and little trouble was met in securing the $5,000. Additional funds were also pledge.

A bit of a conflict arose when a site for the building was to be chosen. A site committee and a building committee were formed, each composed of two men and two women.

The building group started work on plans for the structure, while the site committee secured prices on several sites.

Officers of the library board intended to leave the final selection to the Council of Clubs, but this was not to be. At a meeting of the two groups, at which other persons were present, the men insisted that a vote be taken.

The result was the selection of a site which had not even been considered before: Common Pleas Courthouse Park. All the men voted to put the building in the courthouse yard, while all of the women, with one exception, voted against that location.

At the next meeting of the Council of Clubs, the vote was discussed. When a ballot was taken to approve or reject the committees' action, all the women voted against it.

At a subsequent gathering of the council, a communication was read which declared, in effect, that unless the building was placed in the park, the entire project would be blocked. That site was finally chosen.

The men involved in the selection apparently believed there would not be sufficient funds to purchase a lot and build the library. For this reason, they advocated building in the city-owned park.

A later accounting proved the men in error. After the $30,000 structure was completed in 1922, it was found there was still sufficient money available to have purchased a lot.

The Carnegie Public Library, the last to be built by the foundation in the United States, served its original function for 58 years, with an addition built in 1959.

On Sept. 20, 1980, Cape Girardeau dedicated its present library at 711 N. Clark, with Dr. H.O. Grauel, a former member of the board, placing the first books on the shelf: "The Large-Print Bible."

Cape Girardeau's 1980 library was built with future growth and expansion in mind. This was done in a big way almost 30 years after it opened, making it a "destination library." Voters approved a tax increase in 2007 to pay for an expansion of the facilities. Private donations from the Hirsch Foundation, the Kirby Trust, Praxair Foundation, Union Pacific and numerous other groups also contributed to the cost of the expansion.

In May 2009, after seven years of planning, 18 months of construction and $9 million in public and private funding, the expanded Cape Girardeau Public Library opened. It featured two community rooms, a conference room, a genealogy room, a cafe, a computer lab, two study rooms, an area for teens to read and play video games, and an area for younger children, complete with a puppet theater. 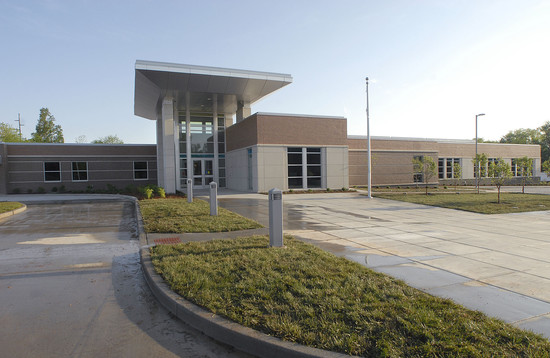