I've spent the past couple weeks trying to work ahead so that I can go on vacation.

Because of this, I haven't had as much time as usual to devote to this blog. For that I apologize. Still, I hope you'll find these odd stories I've cobbled together as interesting as I did.

This first item contains references to some prominent families in Cape Girardeau. Mrs. Ed Drum in later years became Cape Girardeau "First Lady," when her husband was elected mayor. Christine Wheeler would become the secretary for the Board of Regents of the Teachers College, now Southeast Missouri State University. 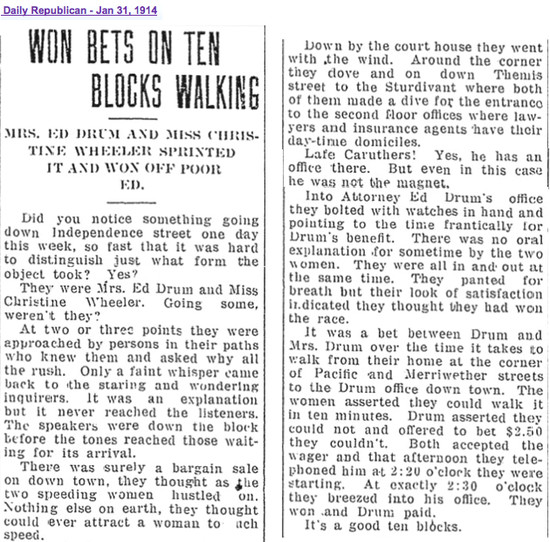 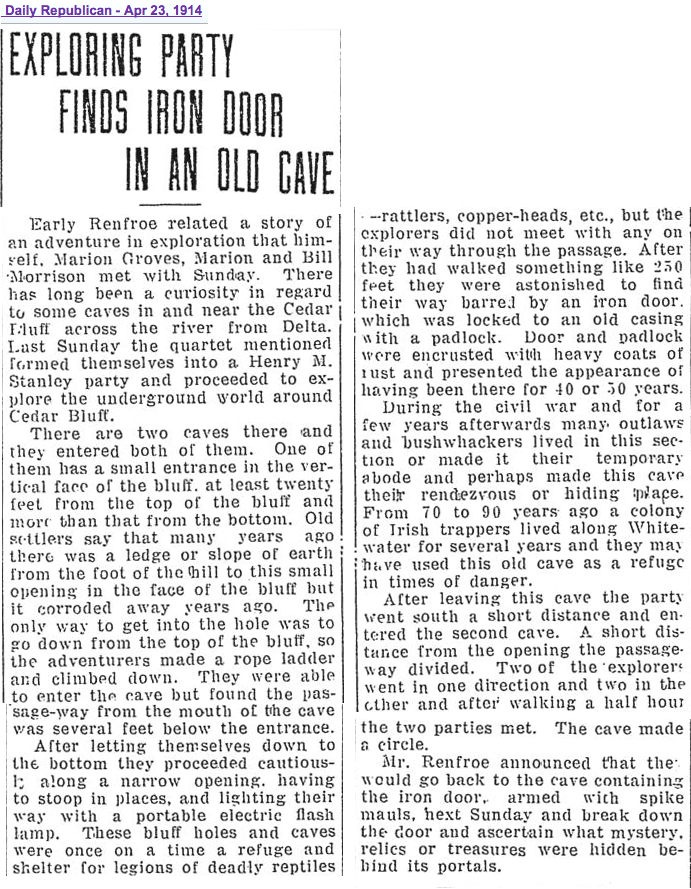 I wasn't able to find a followup story about whether Renfroe found treasure behind the mystery door.

I read a similar story to this next one about a runaway car in a graveyard. Fortunately for the occupant of this car, police officer Leo B. Hill was around to save the day. The other story had a more deadly ending. 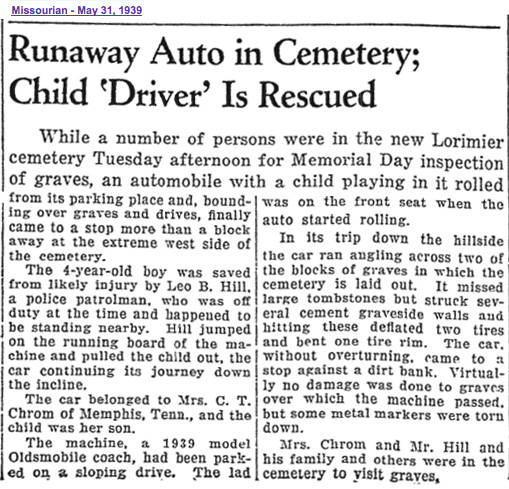 And finally, here's a story I first heard told by my late friend, the Rev. Louis Derbes. He told it with a wide grin and great guffaws of laughter. 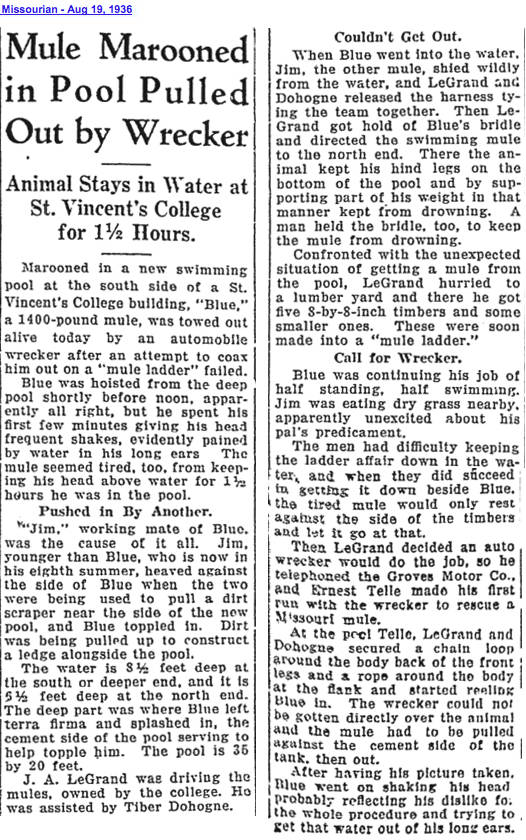