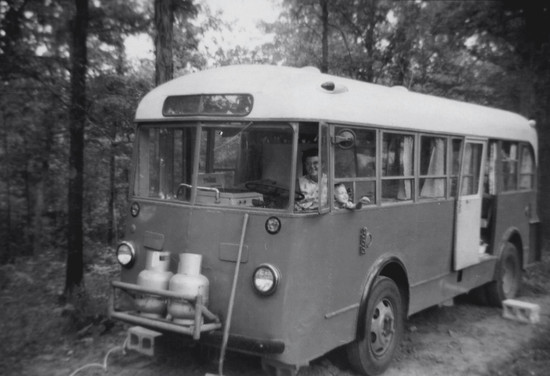 Back when I was a kid, my parents would pack my three siblings and me into their Ford van, along with enough food to feed an army for a month, and we'd drive to Kentucky Lake for a weekend, maybe a three-day weekend. Never a full week that I can recall.

Once there, we'd stay with my aunt and uncle, Mark and Margie Seyer. They had a cabin near the lake for many years, and later would build a home for their retirement years right on the lake.

But that first house was truly a cabin.

My uncle drove an old bus (shown above) to his property near the lake, put it up on blocks and converted it into a house, adding on rooms as needed.

Along those same lines, I found this story about a Jackson family that converted a 54-passenger school bus into a deluxe camper that slept six. 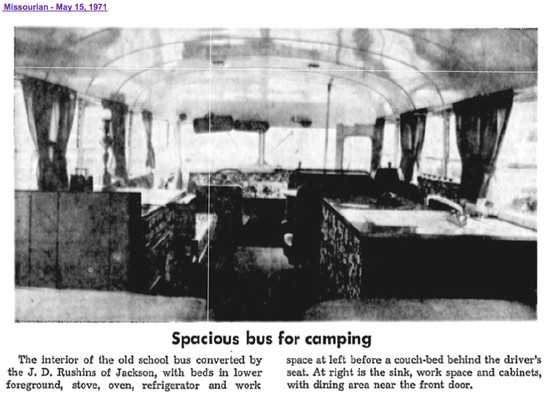 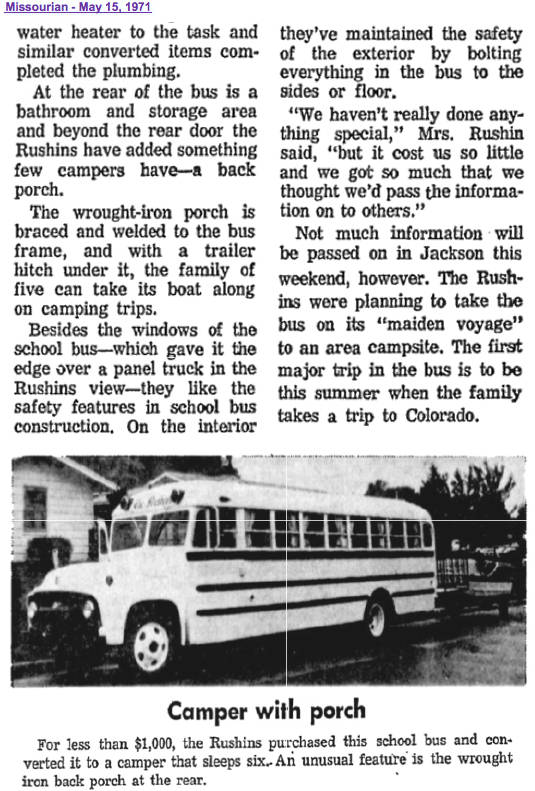