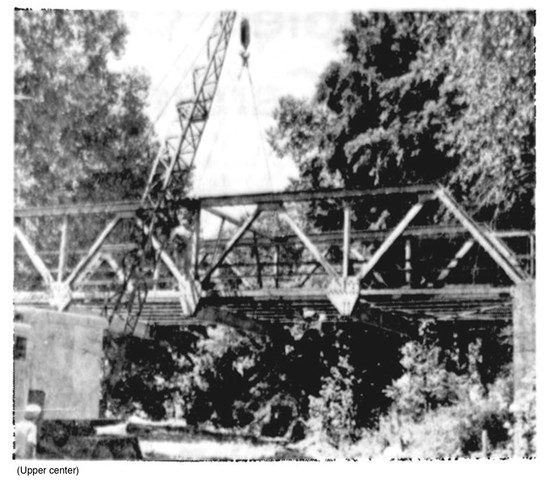 In 1964, Cape Girardeau County farmer George Heuer stepped forward to accept the offer of a used bridge, owned by the Cape Special Road District. The only condition was that Heuer would have to move the steel span from where it had rested for 50 years over Cape LaCroix Creek.

An anonymous photographer caught the move in June of that year.

Because of space limitations, I couldn't duplicate the arrangement of the photos as they originally appeared in the Missourian. But I've used the same directional indicators under the pictures that are in the story. 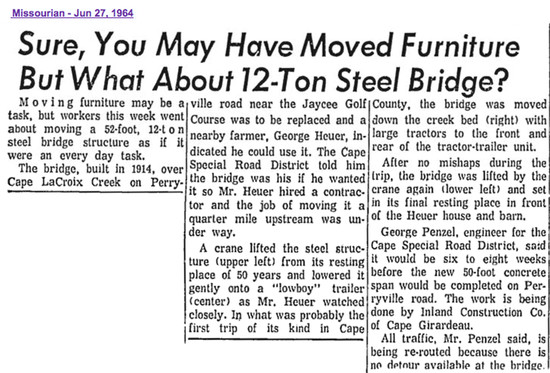 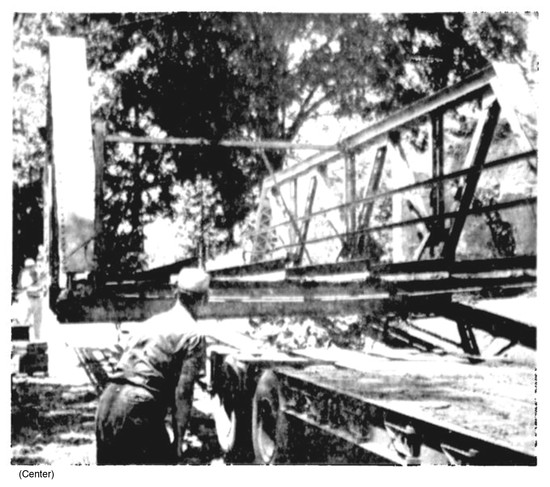 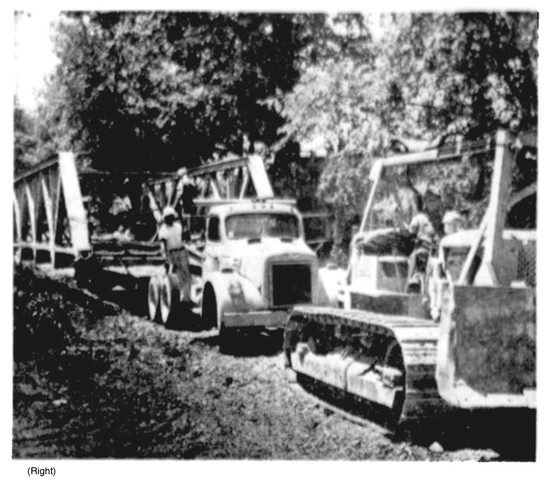 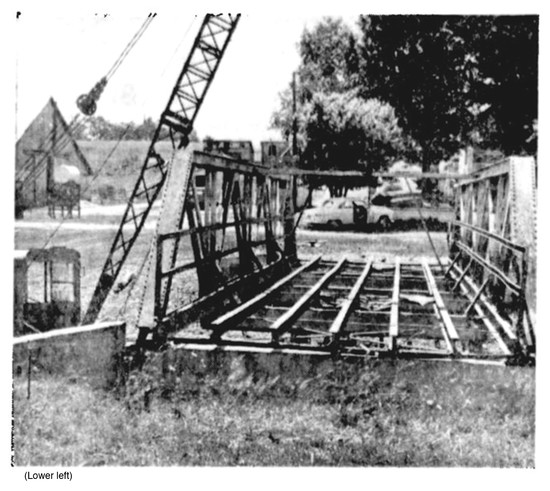