Items from a 1964 newspaper

As I was working ahead on my "Out of the Past" column recently, I reached the date June 1, 1964. Now, unless you were born on that day, nothing of great significance happened.

But in turning the pages of the Southeast Missourian of that edition, numerous items caught my eye. So, for no reason other than they were interesting to look at, I've assembled what I found into this blog.

Starting on Page 1 was a photograph and story about the 100th anniversary celebration of the Oak Ridge Baptist Church. I'm guessing that both were courtesy of G.D. "Frony" Fronabarger, who was an Oak Ridge native. You'll also notice that one of those pictured was Effie Fronabarger. She may have been an aunt or a cousin to Frony.

On the inside of the edition, I found some other interesting things, such as this item about the Echo 1 satellite:

Despite its name, Echo 1 was not the first satellite in The Echo Project. According to online sources, the Delta rocket carrying the real Echo 1 on May 1960 failed. The second, referred to in this article, was actually Echo 1A and was launched from the Jet Propulsion Laboratory in Pasadena, California, in August 1960.

As this article indicates, Girardeans kept track of the satellite's comings and goings across the sky, aided by schedules printed in the Missourian.

Although its "life" expectancy was only three to four years, Echo 1 continued to function until May 24, 1968, when it reentered Earth's atmosphere in a blaze of glory.

Bragging rights for the biggest fish caught that week went to these two men: 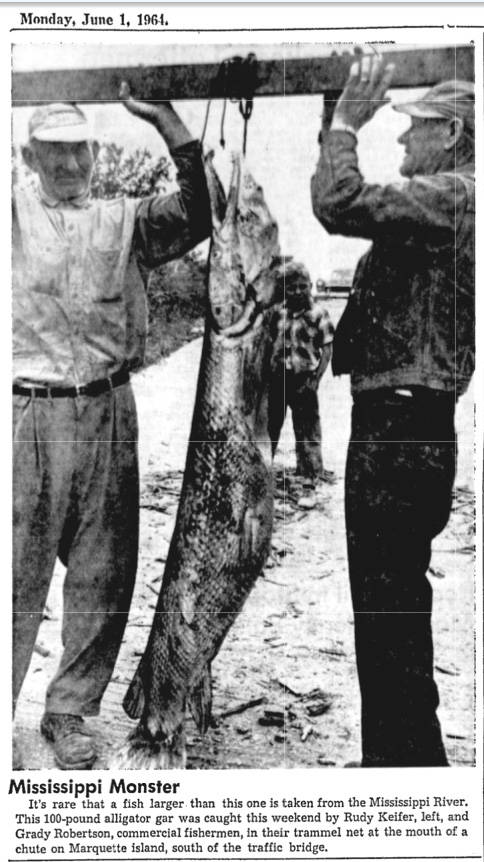 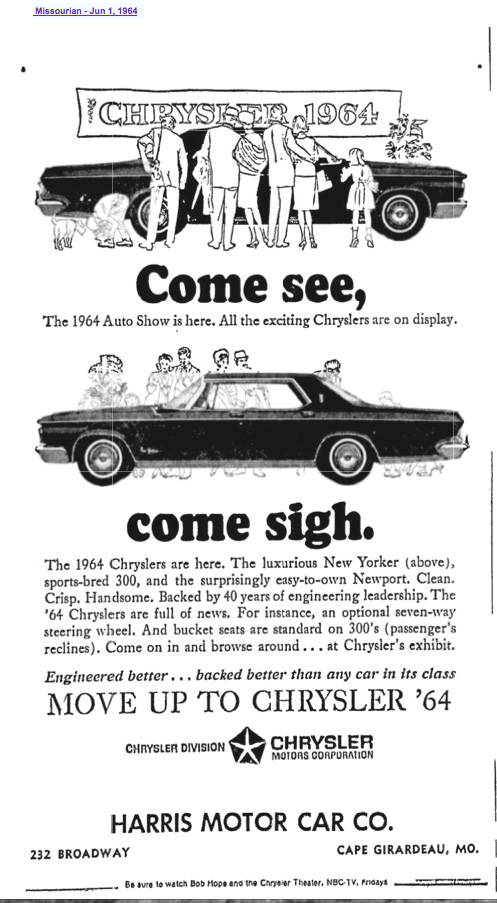 And then there was this ad teaching telephone customers how to use the new seven-digit phone numbers: 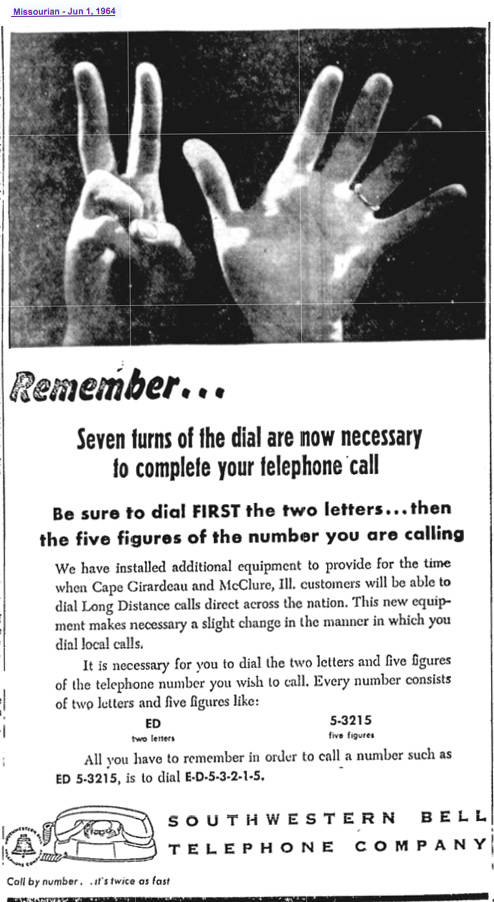 Missouri Utilities Co. opened a new service center on Minnesota in the spring of 1964, complete with a drive-in window for paying utility bills: 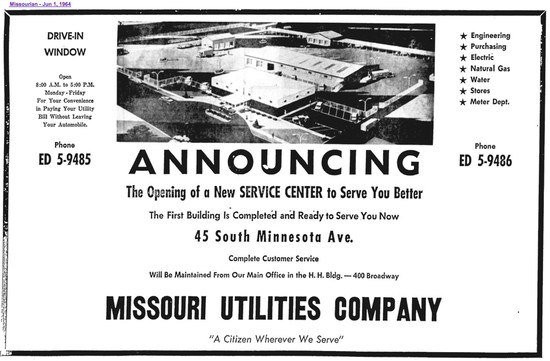 And finally, Ozark Air Lines offered to fly you to St. Louis for less than it cost to drive: 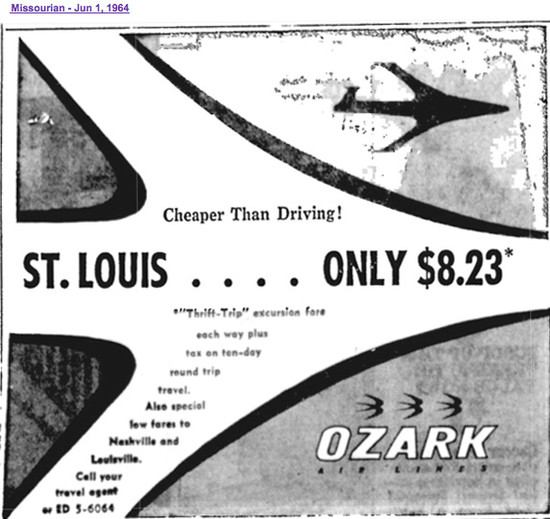 Thanks for indulging me. We'll be back to a more serious topic next week.