On Monday, most of us took the day off. It was Memorial Day, the start of the summer vacation season. A holiday spent with family and friends, perhaps enjoying a backyard barbecue.

Memorial Day -- or Decoration Day, as it was first know -- is about remembering. Specifically, remembering the men and women who died while serving in our country's armed forces. (Don't confuse this holiday with Veterans Day, which honors all the men and women who served in the U.S. military.) The first Memorial Day has been lost in the sands of time, but the practice of decorating the graves of soldiers and sailors seems to center around the 1860s and the Civil War. 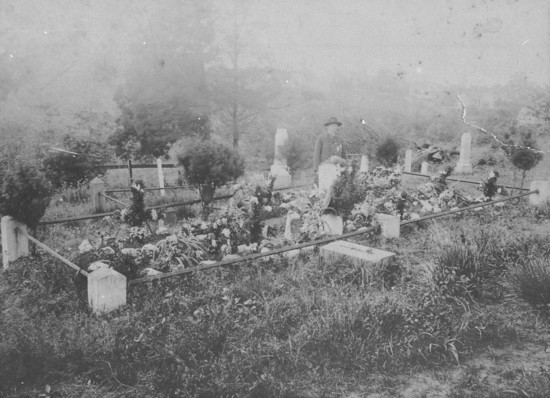 In years past, it was common for a crowd to gather on May 30 at Common Pleas Courthouse Park in Cape Girardeau and parade to Old Lorimier Cemetery, where a program of patriotic music by the Municipal Band and addresses appropriate to the occasion would be enjoyed. And, of course, there was the decorating of the graves.

The photo above was likely taken on a Decoration Day at Old Lorimier. The gentleman standing amidst the graves and flowers is Frederick Rueseler, a Civil War veteran who served the Union cause from Perry County. He enlisted July 24, 1861, in the Second Missouri Volunteer Infantry and was discharged Aug. 1, 1863, "for a disability," according to his 1919 obituary. He was a resident of Cape Girardeau from 1865 until his death.

To give you an idea of the way Memorial Day used to be celebrated in Cape Girardeau, I've pulled a few stories from our archives, along with a couple cartoons that reflect the solemnity of the day. 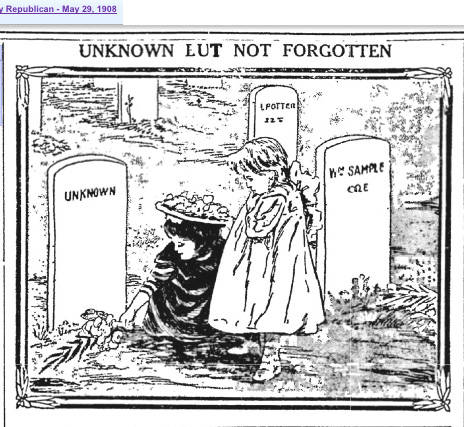 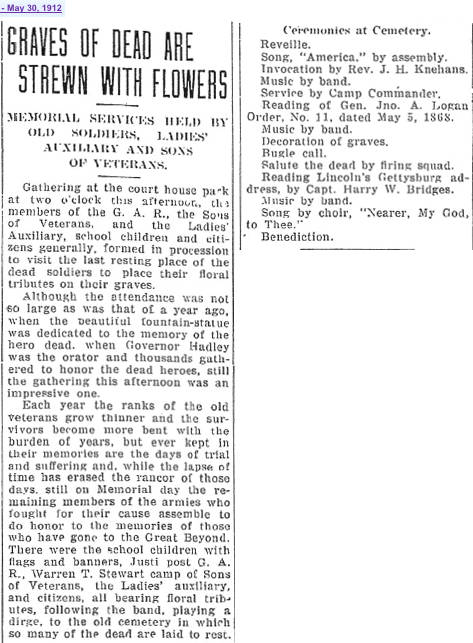 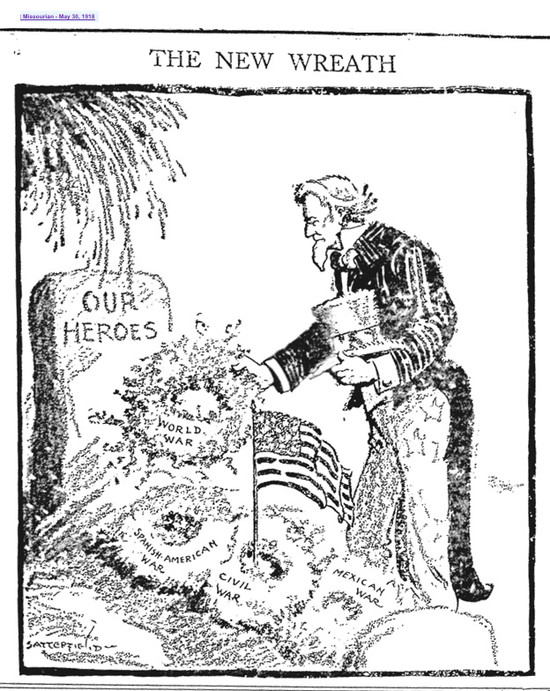 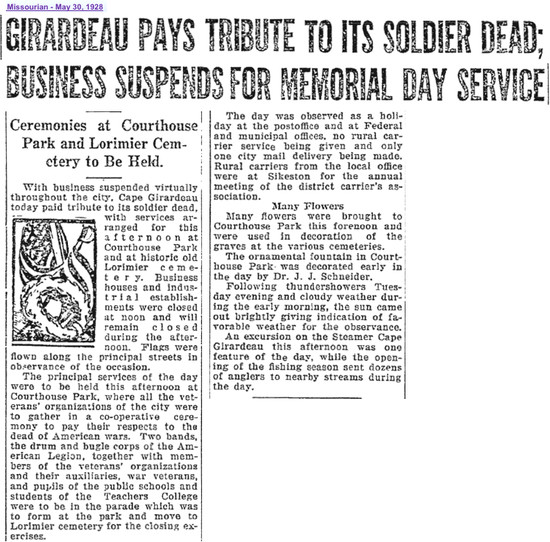 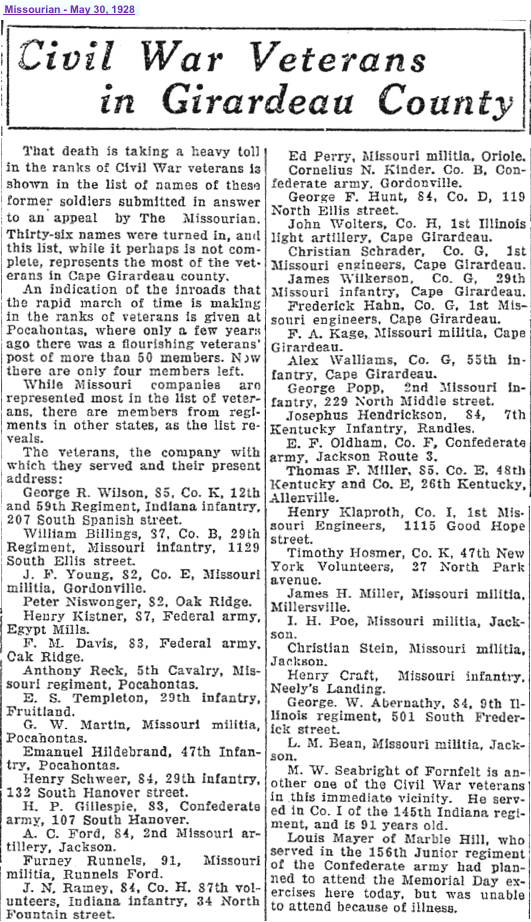 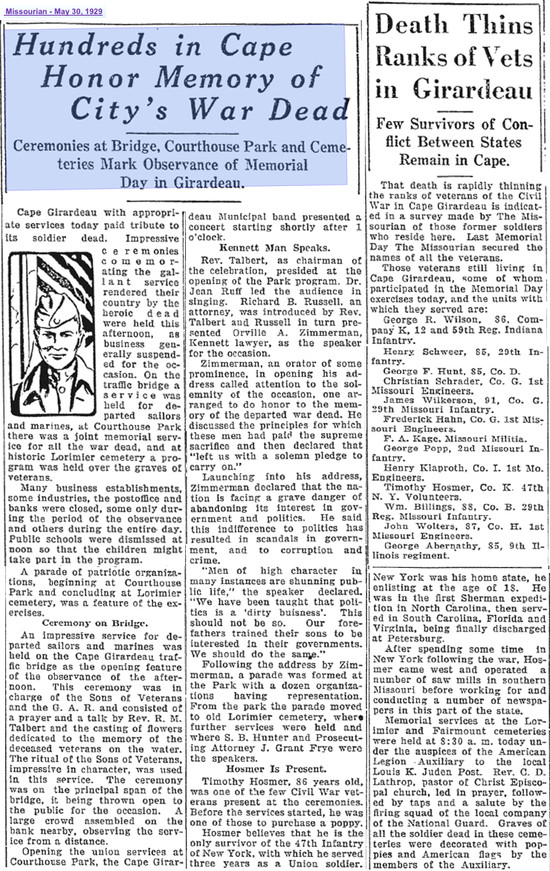