Trace your family tree; you may find a Revolutionary War hero

Since I was in high school -- we won't discuss how long that's been! -- I have worked on my family's genealogy. Mostly my mom's side: Stehr, Bullinger, Glaus and Bisher. The highlight of that search, aside from the people I've met, has been the receipt of a letter from a German government agency. In response to my query, the agency was able to provide me with documentation that stretched my Stehr line back a couple more generations.

Until recently, I've pretty much ignored the Sanders/Sander/Raspberry/Uelsmann line, knowing there are a lot of people in the cyber world who are actively tracing that genealogy. However, within the last few weeks, Ancestry.com and I have been exploring that family. Tracing your family tree is a fascinating journey, one I would encourage everyone to attempt.

Mine has led me to a Revolutionary War soldier named Churchill Hooper, who was a soldier from a South Carolina regiment and my fourth great-grandfather. I'm hoping that eventually I'll find his military records and learn the story of why and how he traveled from South Carolina to Davidson County, Tennessee.

Cape Girardeau County is the final resting place of a number of Revolutionary War soldiers. 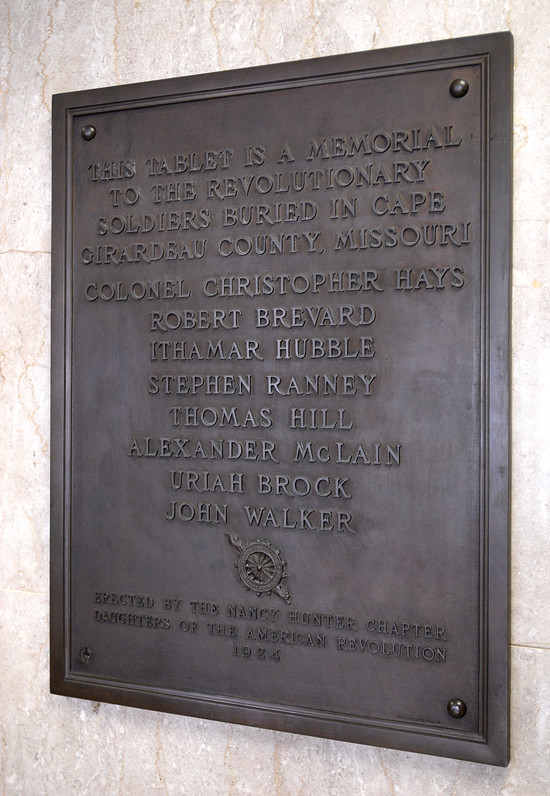 In 1924, the Daughters of the American Revolution honored those eight men when they installed the above tablet in the Federal Building at Broadway and Fountain Street. With the construction of the Rush H. Limbaugh Sr. Federal Courthouse on Independence Street, the plaque was transferred to that building.

Here's a story from 1924 about the dedication of the memorial: 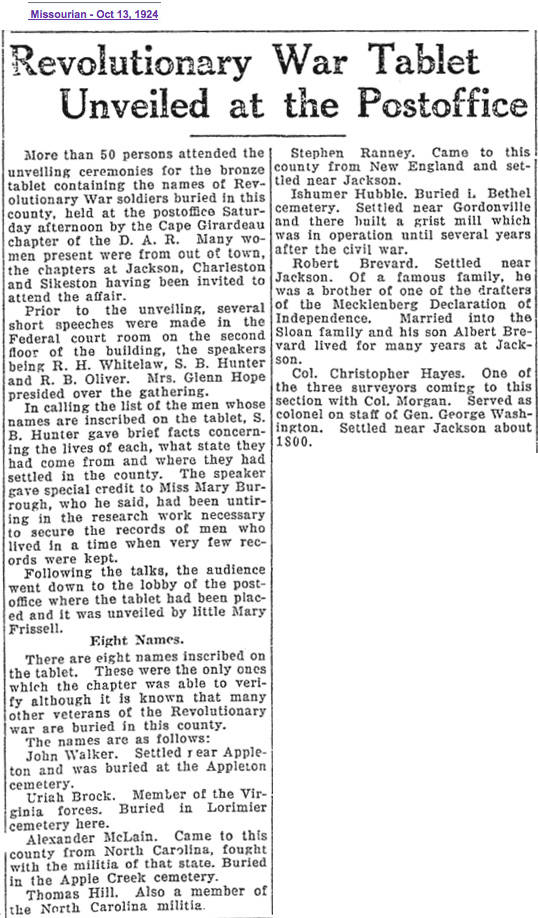 The plaque lists the names of the eight Revolutionary War veterans known to be buried in Cape Girardeau County.

In recent years, the good folks at the Cape Girardeau County Archive Center in Jackson -- Steven Pledger and Andrew "Drew" Blattner -- have discovered more veterans from the War for Independence who are associated with this county. They've put together a chart with that information, which is available at the following site: http://www.capecounty.us/ArchiveCenter/RevolutionaryWar.aspx