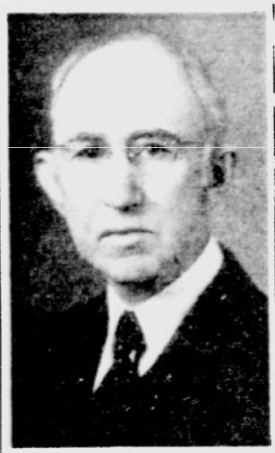 The photo you see above was published on the front page of the Southeast Missourian on April 27, 1953. It accompanied the announcement of the death of longtime Cape Girardeau physician Harvey Lee Cunningham. A story I found in a 1939 edition of the newspaper tells about his career. 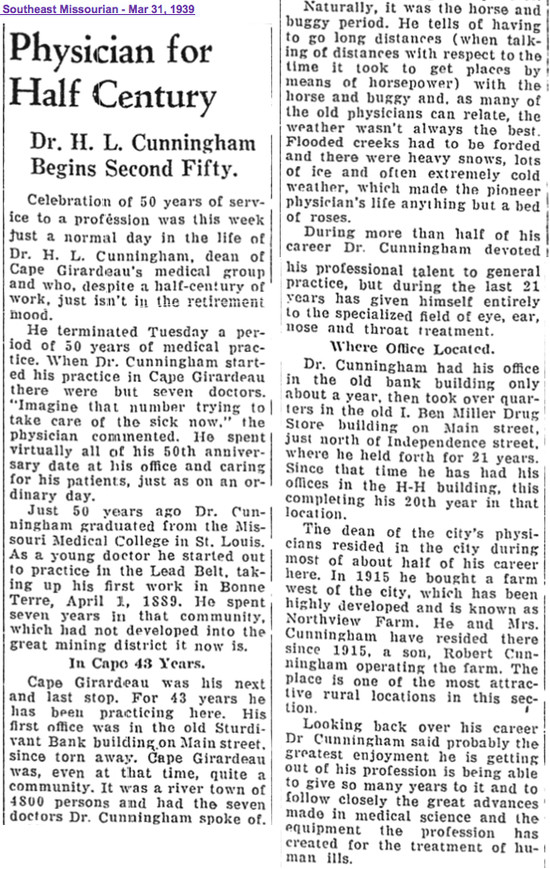 Dr. Cunningham was born June 9, 1867, at Farmington, Mo., the son of Reese and Nancy Williams Cunningham. He was educated in the public schools of St. Francois County and at a private school there, Farmington College. He entered the Missouri Medical College in St. Louis in 1886. It was later absorbed by Washington University's medical school.

He graduated in 1889 and established his first general practice at Bonne Terre, Mo., where he also served as company physician for the St. Joseph Lead Co.

In September 1890, he married a girl he had met in Farmington. Fannie A. Smith, the daughter of Silas S. and Virginia Smith, was born on Sept. 9, 1867, in Charleston, Mo., where her father farmed. The family moved to Farmington in 1880.

On Oct. 1, 1897, Cunningham and his bride arrived in Cape Girardeau and began their long association with the town. Here, they added a son and daughter to their family: Robert, who later managed Dr. Cunningham's estate, Northview Farm, and Leona. Leona followed in her father's footsteps, leaving here in September 1918 for Camp Shelby, Miss., to train as an Army nurse. In 1919 she married Harry Frissell.

Below are obituaries for Dr. and Mrs. Cunningham. 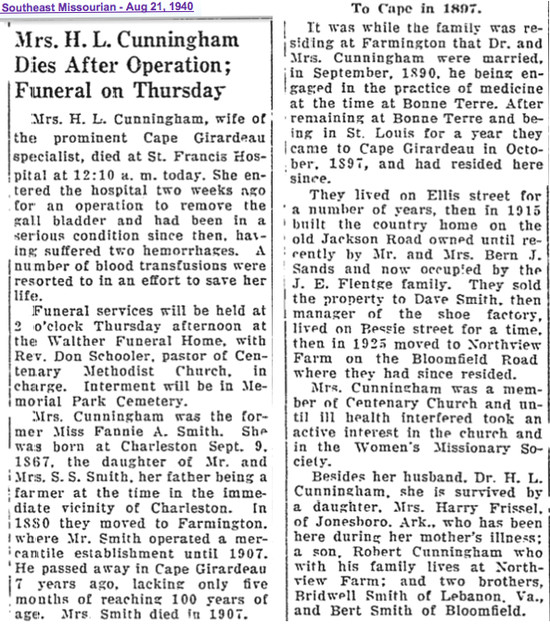 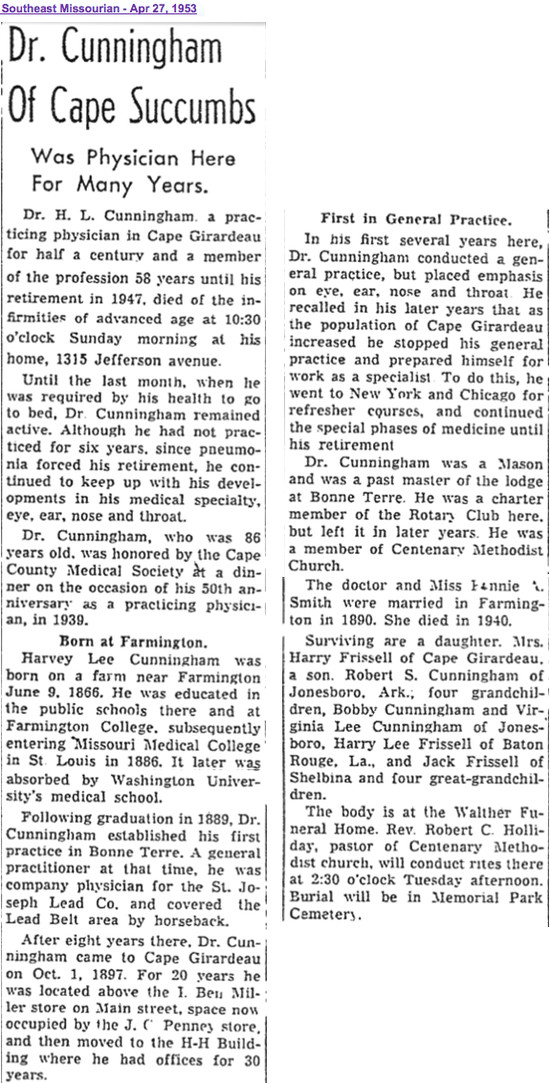