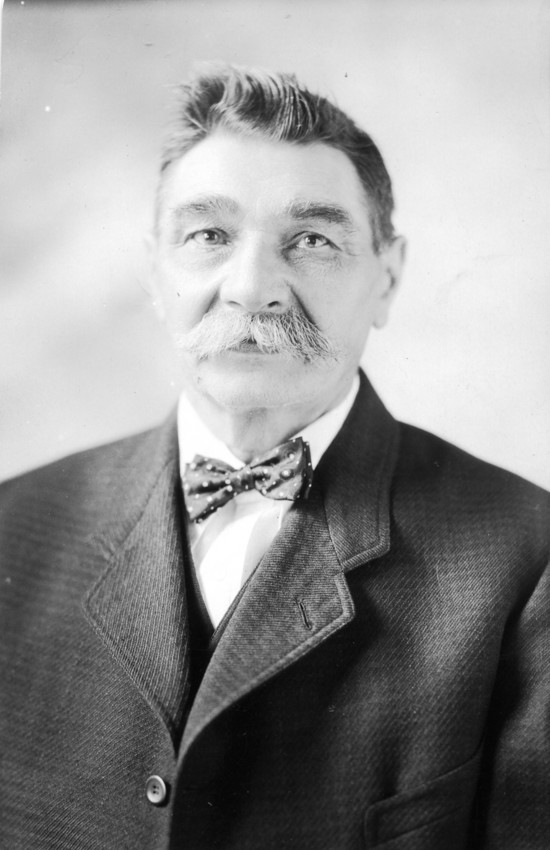 Gottfried Hartung was a German by birth, but an American by choice.

He was born Jan. 22, 1854 in Braunschweig, Germany. Before he journey to this "land of opportunity," he apprenticed with a locksmith and gunsmith at Wilhelmshaufen, Germany, learning the trade that would earn his keep and support his family.

At the age of 27, he departed Germany for New York on Dec. 9, 1881, aboard the ship the British Queen. According to a Southeast Missourian article in 1925, a letter from an unnamed aunt living in Cape Girardeau prompted his removal here: "An uncle in Cape Girardeau died and his widow wrote Mr. Hartung's father and requested some others of the family come over. Young Hartung was living in a swampy section and had been troubled with fevers, so decided to come to a new land. He came direct to Cape Girardeau and has been here since, except for a few months in California."

A Hamburg, Germany, passenger list found on Ancestry.com confirms that Gottfried traveled alone. But just below his name on the passenger list was Johann (John) Eilers, aged 27. In later years, Eilers' daughter, Julia, would live with the Hartung family.

Gottfried's arrival date isn't known, but his obituary notes "he came alone to America and took up residence in Cape Girardeau," starting his locksmith and gunsmith business in 1888 on Broadway, just east of Frederick Street. He purchased the northwest corner of Broadway and Frederick in 1900 and built a small structure, which served as his place of business for the next 30 years. Along with working on locks and guns, the German immigrant also repaired lawn mowers, bicycles and other machinery.

In later years, with the aid of his son, Gottfried purchased the building across the street from his shop and established a modern sporting goods store there. 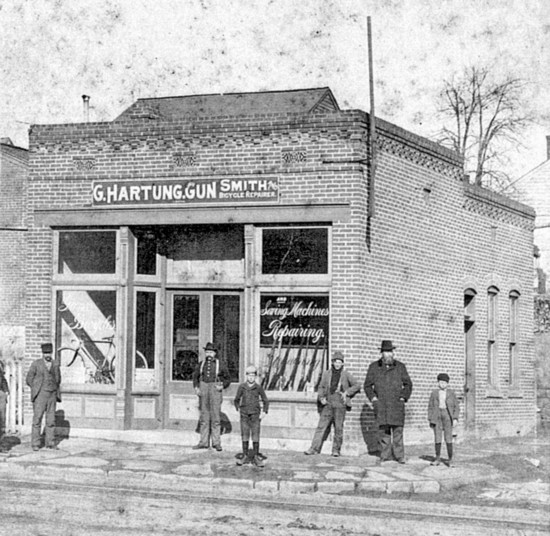 Turning to cares of the heart, Gottfried married Minna Philipps in Cape Girardeau on April 27, 1890. Minna, the daughter of William and Wilhemina Sander Philipps, was born Sept. 17, 1862, in Germany. She immigrated here with her parents in 1883.

Regular readers of this blog will remember that back in February I wrote about a man traveling down the Mississippi in a wash tub in 1939. I sort of left readers hanging, because I had been unable to find a conclusion to the tale of the "wash tub clipper." Recently, however, I found a story that explains the unhappy ending of Floyd Thompson's voyage.