Bill Upton pitched in the Majors

A photo as wide as the Missourian's Aug. 19, 1947, Sports page drew my eye. It pictured the 63 young men who demonstrated their baseball talents for the St. Louis Browns during a three-day tryout that summer.

The photograph was so wide, it wouldn't fit whole in this blog, so I split it into two halves.

In order to give you an idea of who attended the tryout, I've included the two stories that printed the names of the athletes. 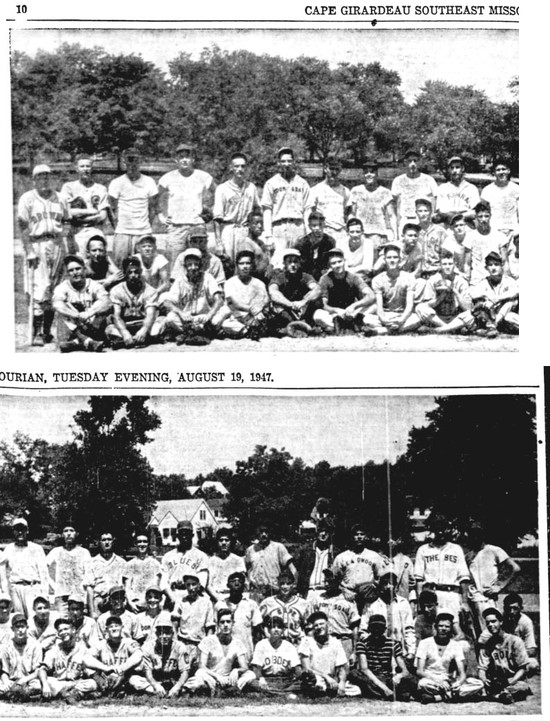 Of the lads who tried out, only three were offered contracts. 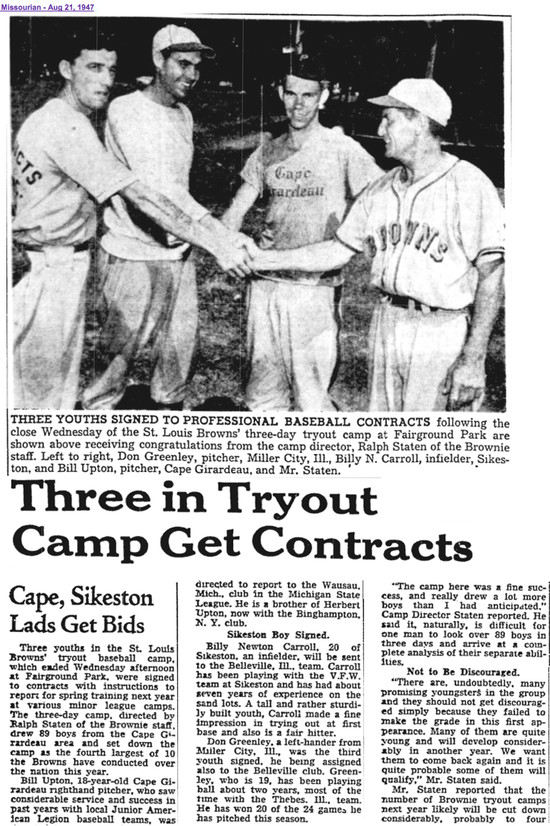 While I was unable to find any further information about the sports careers of Don Greenley of Miller City, Ill., or Billy Carroll of Sikeston, Mo., I did find that Bill Upton of Cape Girardeau made it to the Majors, pitching in two games in 1954 for the Philadelphia Athletics.

Fans of Central High and Southeast Missouri State University probably recognized Upton as the younger brother of star athlete Thomas Herbert Upton, a former Tiger who was named to the Indians' sports Hall of Fame in 2003. At Southeast, Tom competed in track as a hurdler and in basketball from 1944 to 1949. In the latter sport, he led the Indians in scoring for three season. He later claimed hoop honors with the University of Pennsylvania and went on to play professional baseball with the St. Louis Browns and the Washington Senators. He died in 2008.

Bill Upton's professional career appears to have been briefer than his brother's, and it hasn't garnered as much press in recent times. But here are a few items about the younger Upton I was able to find when his star was on the rise. 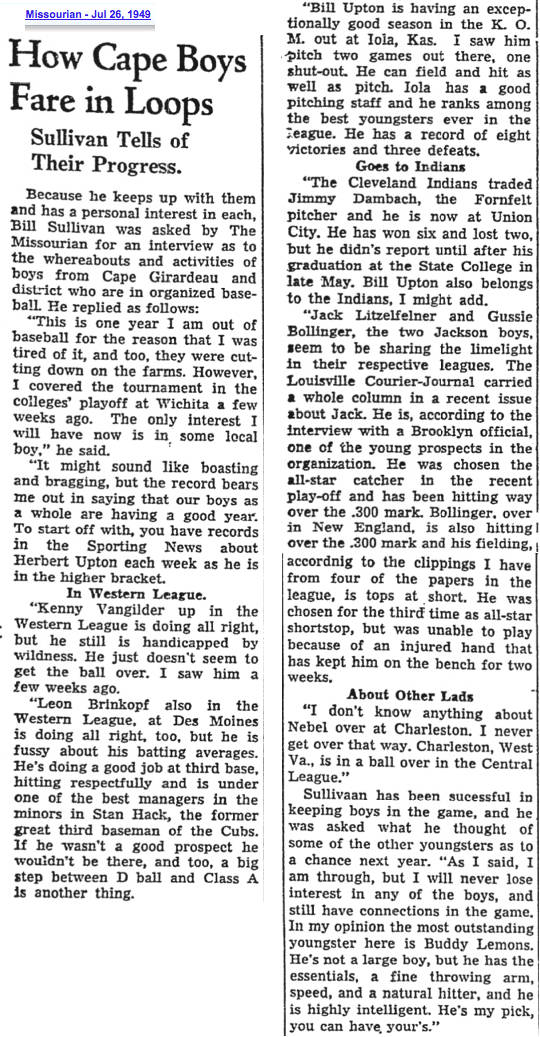 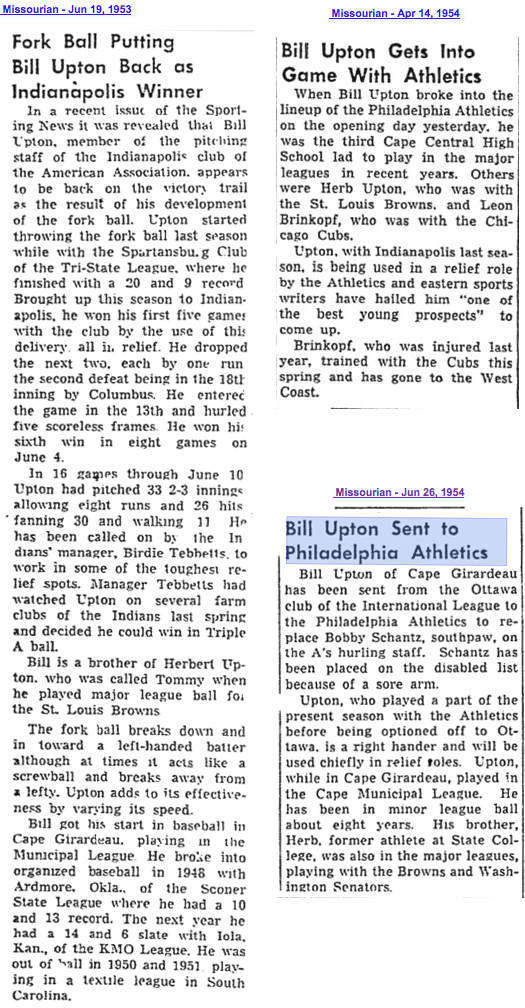 According to Wikipedia and a number of baseball websites, Bill Upton had a career win-loss record of 0-0, an earned run average of 1.80 and two strikeouts. He died Jan. 2, 1987, at age 57, in San Diego, Calif.