Samuel A. Martin: A veteran of four wars

I've been known to brag on my Uncle Jim Sanders' military service. My dad's younger brother served in three branches of the military -- Marines, Army and Air Force -- and in three wars -- World War II, Korea and Vietnam.

The other day, however, I found the obituary for Samuel A. Martin, who died before World War II, and yet served in four wars. Here's his story: 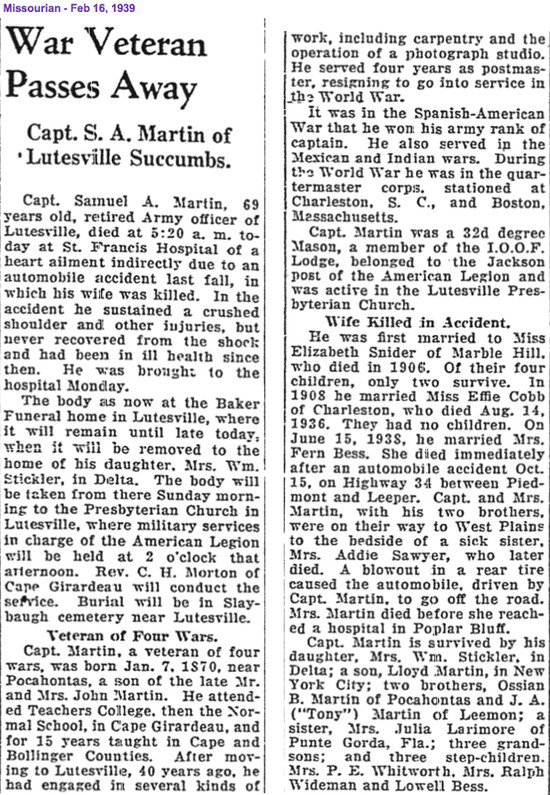 As indicated in his obituary, Samuel married three times. I was unable to find a death notice in the Missourian for his first wife, but I had better luck with wives two and three. 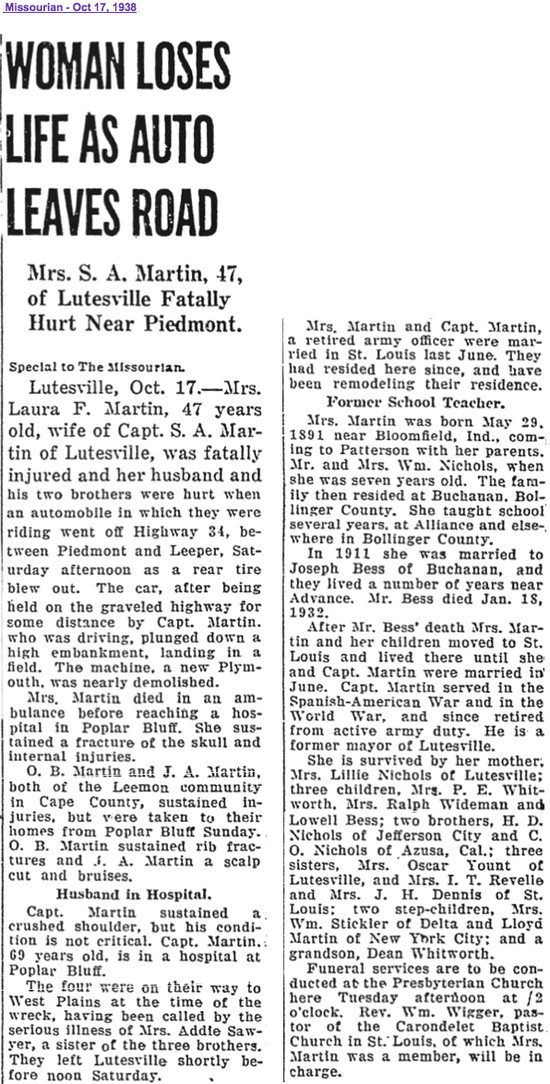