Every now and then, wedding anniversary stories on the Missourian's microfilm catch my eye. In this case, it was because of the couple's surname: Suedekum.

I had the privilege of working with Marj Suedekum for many years at the Southeast Missourian. By my reckoning, the husband in this 1939 story was Marj's first cousin once removed. I hope she'll correct me if I got that wrong. 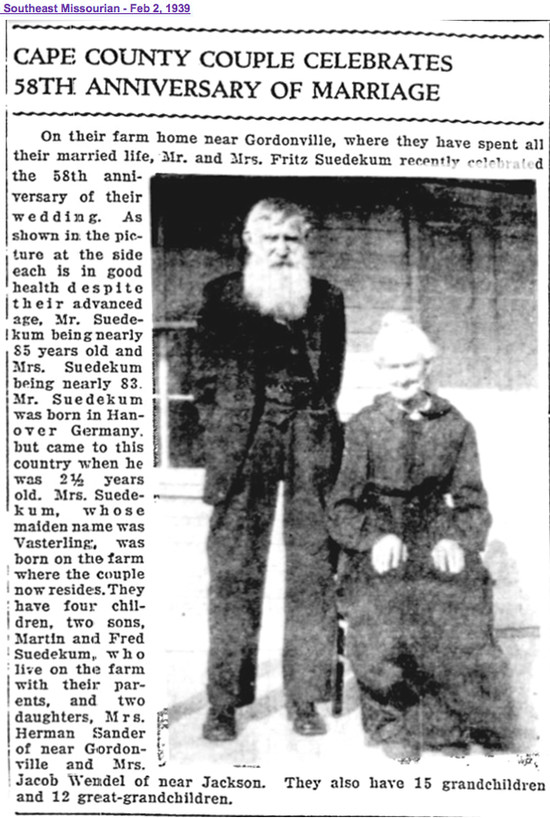 Augusta "Gusta" Vasterling Suedekum was the daughter of Julius and Margaret Ludwig Vasterling, both of whom were born in Germany, according to Gusta's death certificate. She passed away on Aug. 24, 1944. 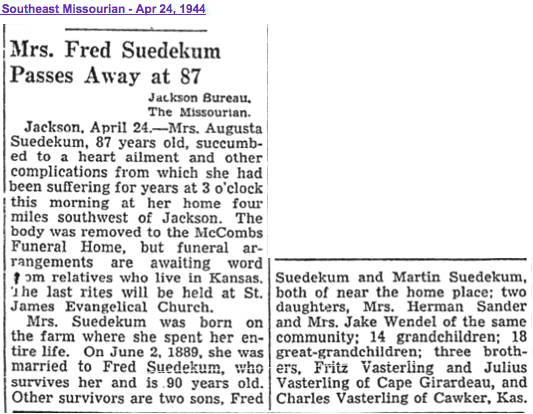 Alert readers will notice discrepancies in the couple's marriage date, as both obituaries have that information wrong. Fritz Suedekum married Gusta Vasterling at Jackson on Jan. 2, 1881.