Under the guidance of the Rev. Tom Kiefer, pastor, and a committee of interested parishioners, and representatives of the architectural firm Chiodini Associates, the interior of the Cathedral of St. Mary of the Annunciation in Cape Girardeau will soon get a facelift. The work being planned will give the cathedral a more traditional look, from the addition of new side altars to a paint job that will include a mural of the Annunciation in the sanctuary. Work is set to begin soon and may be completed by Easter.

As the work progresses, Masses and other functions normally held in the cathedral will be moved to the school gymnasium and the parish office building. Funerals will be held at Old St. Vincent's Church.

The renovation project at St. Mary's is the culmination of a process that began seven years ago. Among things studied during the planning stage were these two undated photographs. They are the earliest images that have been found of the interior of the cathedral. No drawings or blueprints exist of the structure from when it was constructed in 1868 by Joseph Lansmon. 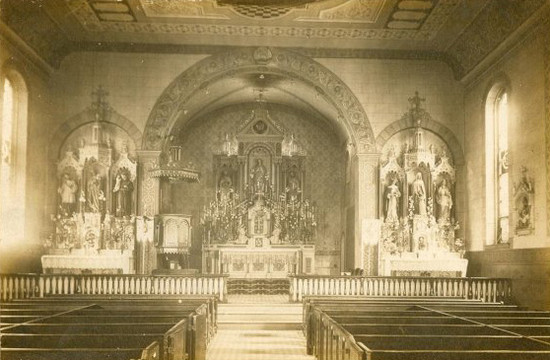 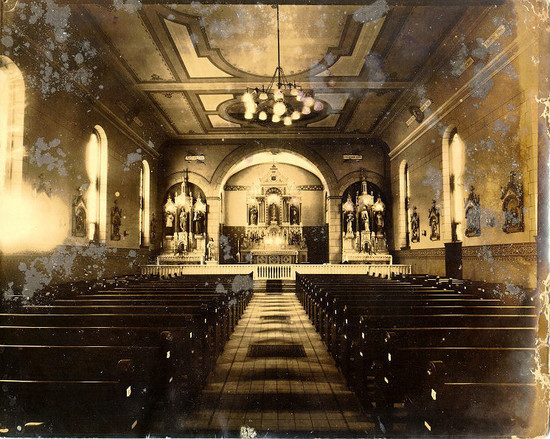 The work done in 1893 and 1923 are of special interest, because the painting was done by noted St. Louis church artist William Kloer. He and his workers were responsible for decorating a number of Catholic churches in the St. Louis area and throughout the United States. The Los Angeles Herald on March 21, 1903, announced the work being done on the new St. Joseph's Catholic Church in that city: "William Kloer and a corps of assistants from St. Louis, Mo., have charge of the fresco work, and F.R. Scheidgen of Chicago is painting the two large medallions which adorn the walls on either side of the church. These medallions are 11 feet high representing St. Joseph, the patron saint of the universal church, and St. Francis, the founder of the Franciscan order. The walls, which are 62 feet to the center of the ceiling, are being adorned with the finest fresco work on this coast, Mr. Kloer having had charge of decorating some of the finest Catholic buildings in this country..."

According to information found on Ancestry.com and the Missouri Secretary of State's website, William Kloer was born March 17, 1865, in Neheim, Germany, the son of Joseph Kloer. He immigrated to the United States in 1885. He and his wife, the former Anna Fender, had three daughters and lived in St. Louis. William died at age 74 on Jan. 15, 1940, in St. Louis. His widow died in 1958.

How long Kloer's artwork -- which likely included a ceiling mural depicting the Annunciation of the Lord -- remained visible at St. Mary's is hard to say, but it may have been painted over in 1948: 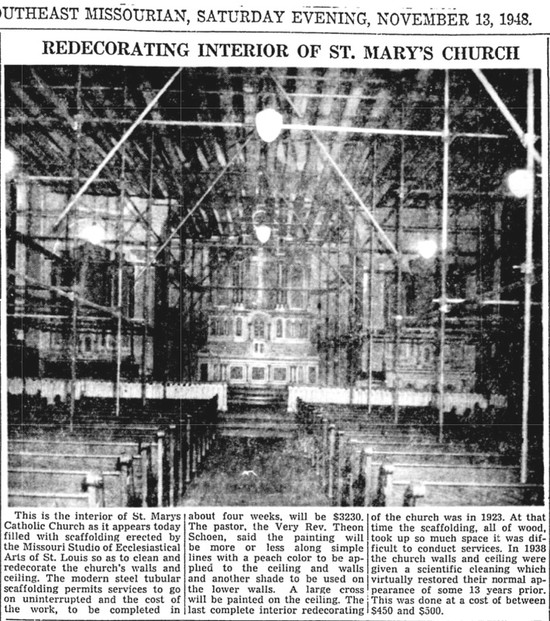 As noted in the caption, the church was to be repainted "along simple lines with a peach color to be applied to the ceiling and walls and another shade to be used on the lower walls." It further notes that a large cross would be painted on the ceiling.