Mrs. Ollie "Ma" Kopper decided to hang up her spatula in 1936, retiring from feeding Cape Girardeau's hungry masses after 28 years in the boarding and rooming business. Here's a feature story the Missourian published about the accomplished cook and early Cape Girardeau business woman: 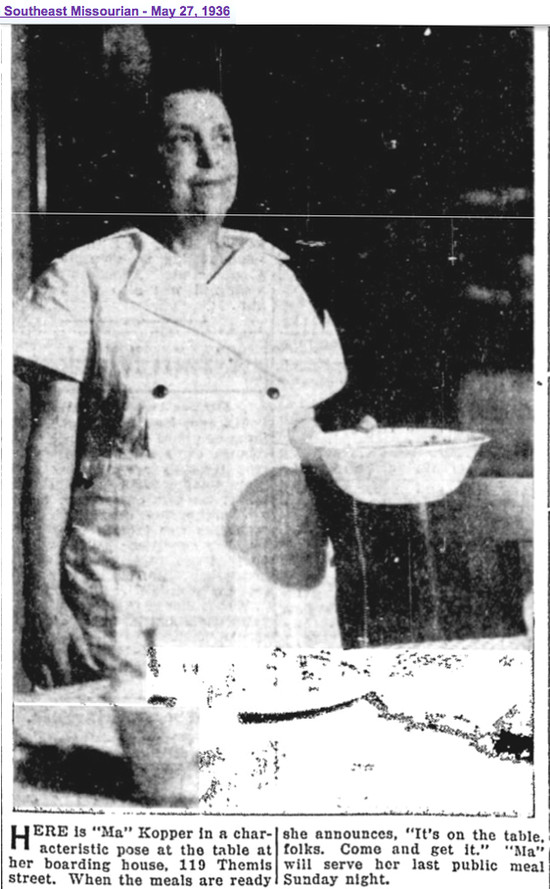 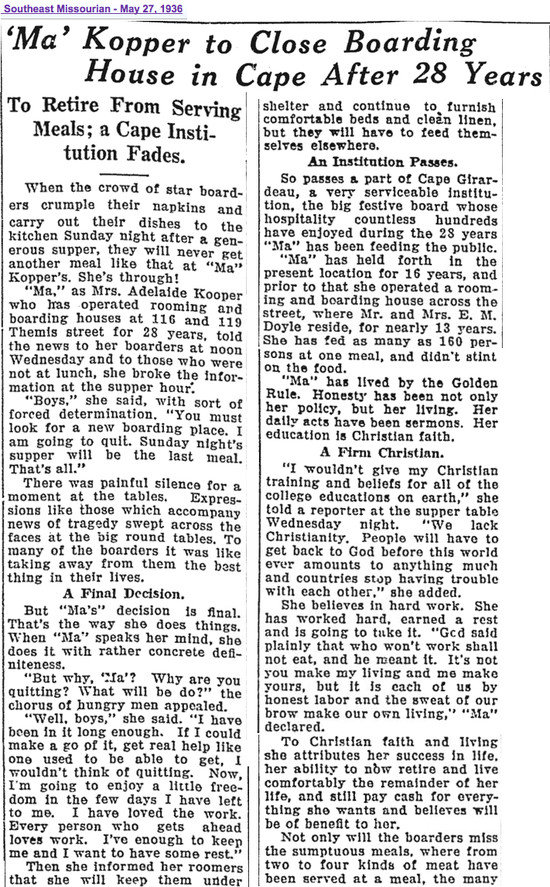 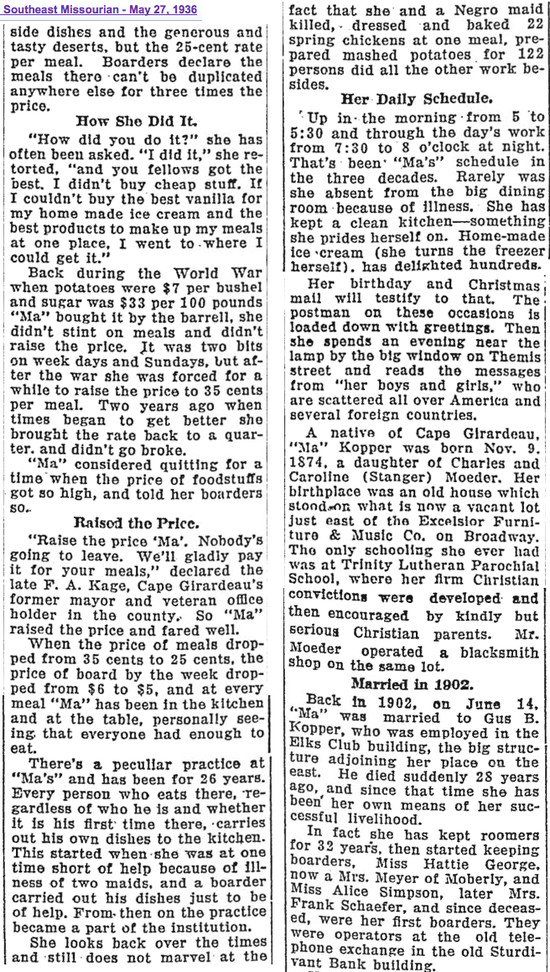 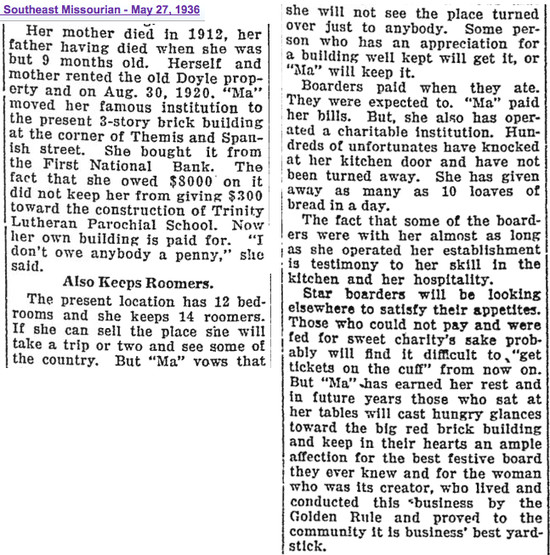 Those of you who follow Cape Girardeau's history through the "Out of the Past" column may recall reading about Ma in November. When fire destroyed the old Elks Club building on Themis Street, between Main and Spanish streets, on Nov. 28, 1938, it also engulfed her rooming house.

Ma wasn't injured in the blaze, but she was rousted out of bed when the building next to hers caught fire. One of her roomers awakened Ma and guided her to safety.

As the flames consumed her dreams and her livelihood, Kopper, who had a bad heart, sat in a wheelchair and watched the firefighters' struggle. Eventually, she was taken to a home where she could rest. Nothing was saved from the rooming house, but no lives were lost either. All 12 of her roomers were able to escape with a few personal possessions.

In the aftermath of the fire, Kopper announced she would sell the property, saying she didn't even have the heart to go downtown to see the ruins.

The heroic work of the firefighters did salvage one thing for her, though. A frame house she owned at 38 N. Spanish St., in the shadow of the Elks Building, miraculously survived the fire. The occupants of the house -- Rudolph Key and his mother, Mrs. Nancy Key, and Bessie Pritchett and Louise McElroy -- quickly vacated the property the day after the blaze. They were afraid that the massive brick walls of the ruins of the Elks Building would fall on the frame structure and crush it and them.

In the days that followed the fire, Kopper acquired a new residence at 609 Themis St., and started over. She took in three boarders: the Rev. Gary E. Germann, pastor of the Lutheran mission in Smelterville; Herbert Wehmeyer, student pastor at Trinity Lutheran Church, and Victor Koepsell, teacher at Trinity Lutheran School.

How long she kept boarders isn't known, but by 1942 Ma was ready for a change in scenery. She sold her home to William A. Stephens and moved to St. Louis. She died there at age 80 on Oct. 16, 1954, at the Lutheran-Altenheimer Old Folks Home.