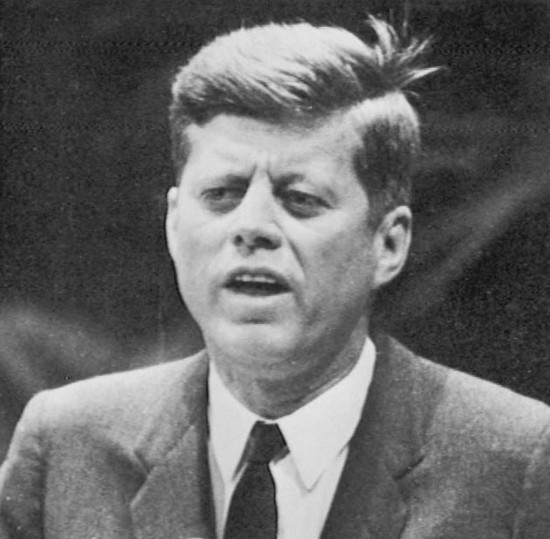 Some questions are almost universal. Probably one of the most frequently asked is, "Where were you when President Kennedy was shot?"

At almost 2 1/2-years-old, I was probably stealing toys from my twin brother in the ever-present playpen. I have no memory of President Kennedy, but like all Americans, I have lived with his legacy and the events that stole him from us 50 years ago.

John Fitzgerald Kennedy, the 35th President of the United States, was shot in downtown Dallas early on the afternoon of Nov. 22, 1963. The first news of the shooting was received in Cape Girardeau about 12:45 p.m. Within 45 minutes, word came that he had died. Articles published that same day tell of local reaction to the tragedy: 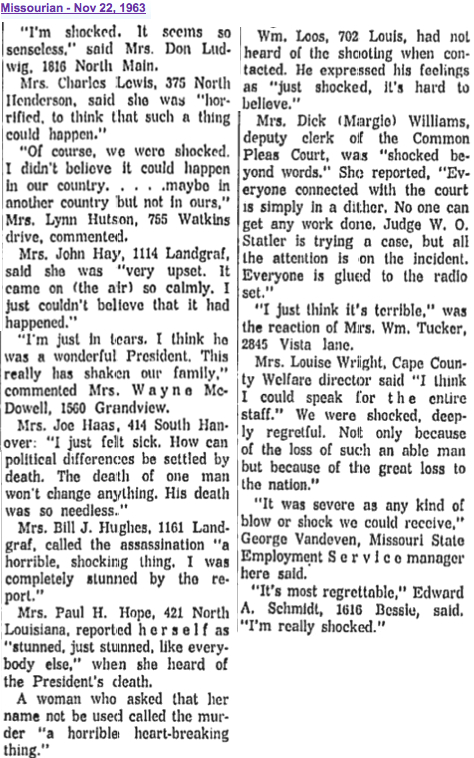 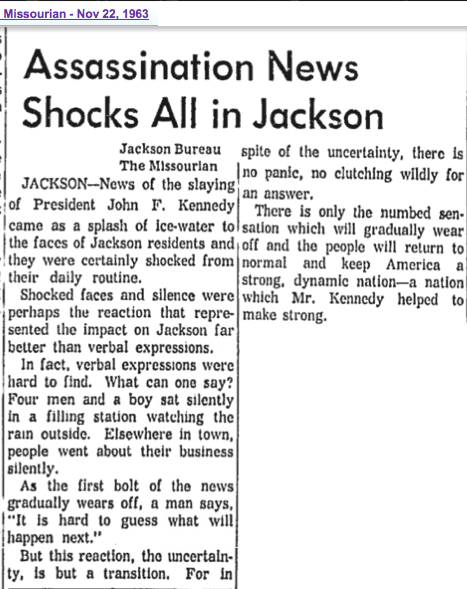 In the days that followed, Southeast Missouri joined the nation in mourning, following the news of the dead president's return to Washington, the elevation of a new president, the shooting of the shooter, and the final farewell to JFK.

The Southeast Missourian published a rare extra on Nov. 22, 1963. On the front page of that edition was this editorial, probably written by managing editor John Blue: 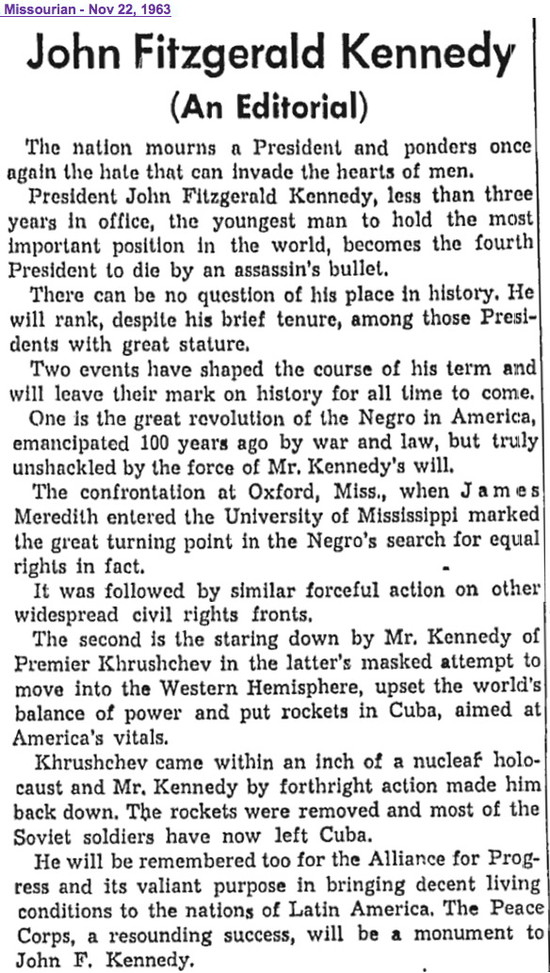 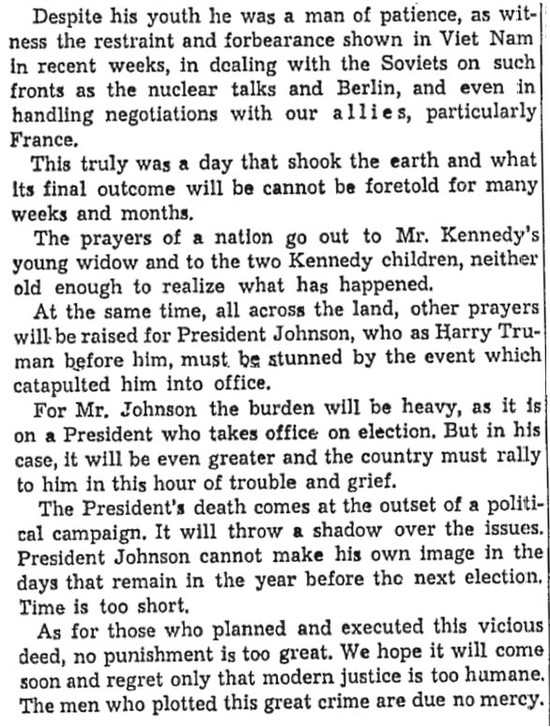 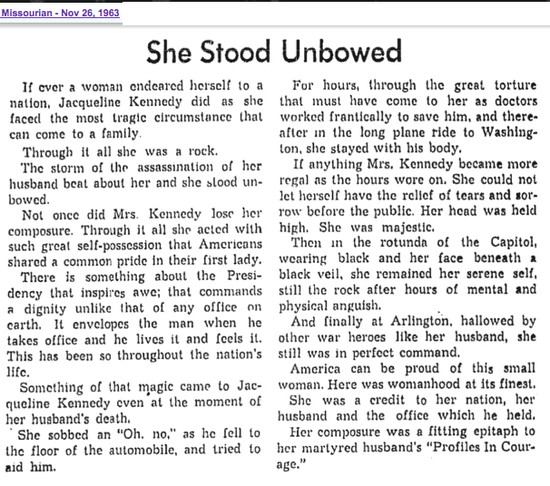 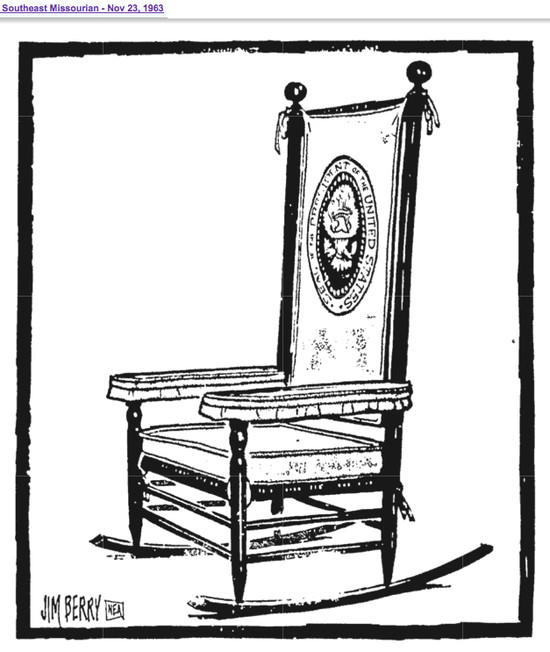