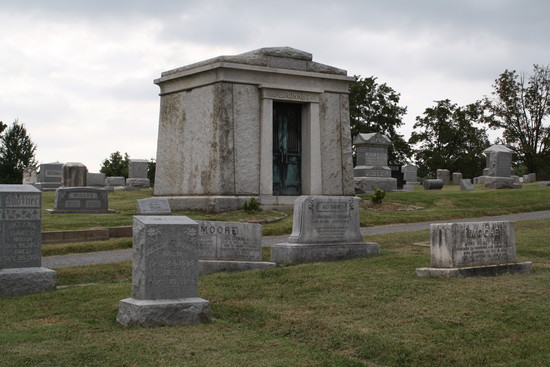 Have you ever noticed the small, granite mausoleum in New Lorimier Cemetery? It's dwarfed by the much larger, 1917 "Temple of Rest" mausoleum located nearby. The tomb holds the mortal remains of eight members of the Peironnet family.

First to be interred there was Harlan P. Peironnet, who died July 14, 1912. Harlan was a prominent Cape Girardeau merchant, the son of Dr. Alfred and Charlotte Cooper Peironnet. 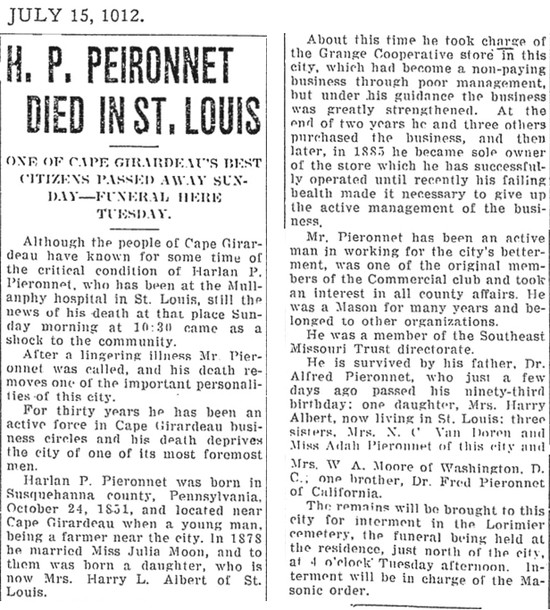 Following his death in St. Louis, Harlan's body was returned to Cape Girardeau and buried in New Lorimier Cemetery. But his remains didn't rest peacefully there.

According to the Cape Girardeau County Archive Center, $3,475 from his estate was used to erect a fitting monument to Harlan's memory. His widow, Julia Moon Peironnet, and his son-in-law, Harry L. Albert of St. Louis, contracted with the Pickel Marble and Granite Co. of St. Louis to build the crypt. Newspaper articles indicate there was some difficulty in getting the massive granite blocks from quarries in the East. But by Dec. 1, 1913, the stones had been delivered to Cape Girardeau, and work on assembling the mausoleum began.

A specially built wagon and a team of "giant horses" were sent by the Pickel company to Cape Girardeau to haul the heavy granite pieces from the riverfront to New Lorimier. 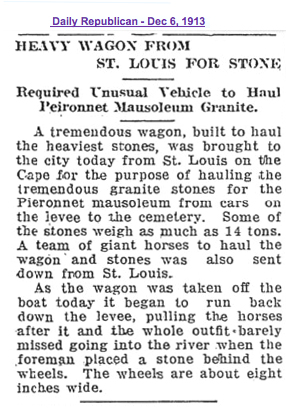 On Feb. 1, 1914, Harlan Peironnet's remains were disinterred and moved to the new crypt.

Various members of the Peironnet family followed Harlan to this last resting place, including his widow in 1951: 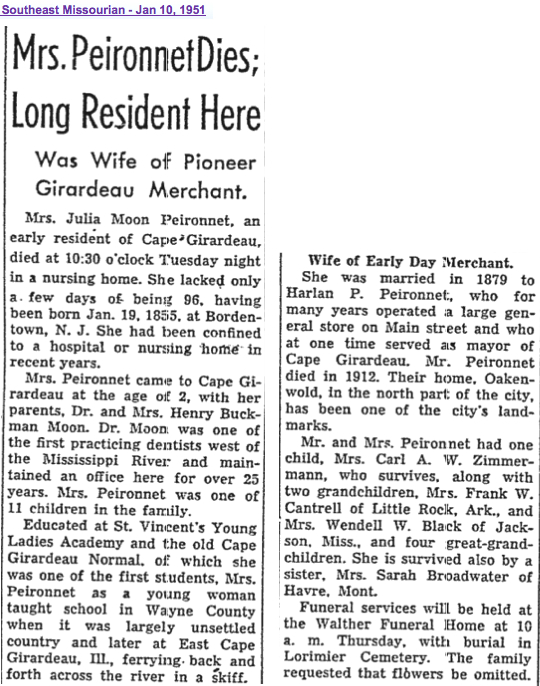 One might think the mausoleum's occupants would finally rest in peace, but one final indignity was in store. Lightning struck the crypt in 1984. 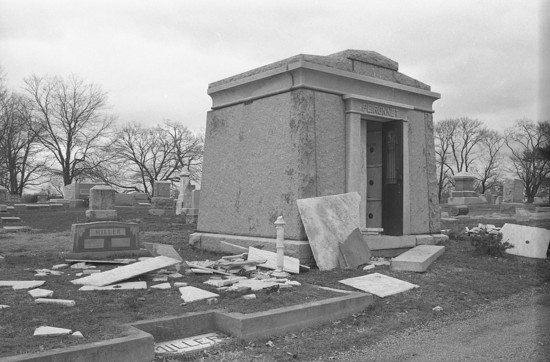 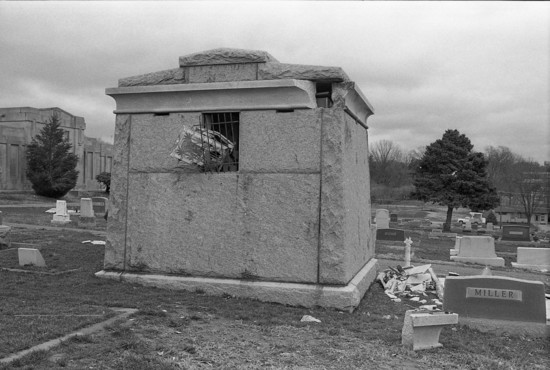 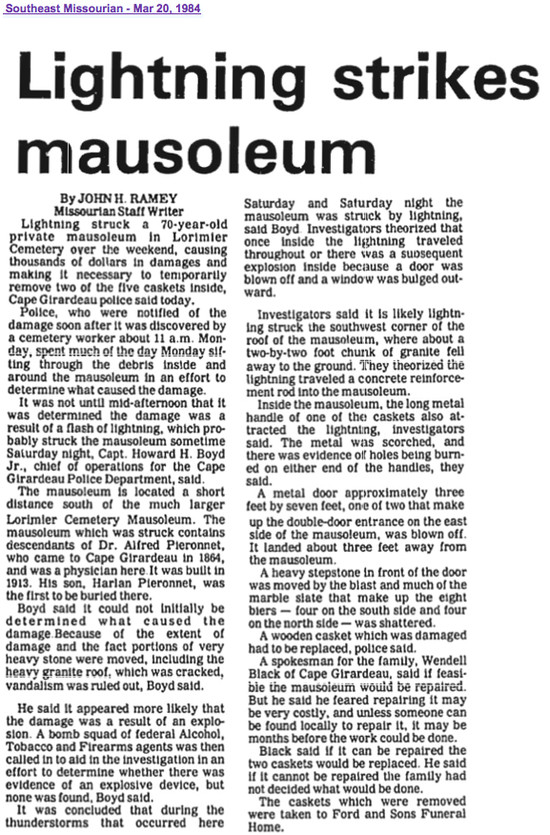 As is indicated in the article, repairs were made, and today no one can tell that the Peironnet mausoleum was ever damaged.