Boys will be boys, and other mischief

Under the heading of "Boys will be boys," I collect stories of mischief gotten into or odd little items that give me pause. I think it's appropriate to share some of these stories in this first blog after Halloween, the night of all nights for mischief making.

I don't know if schools in the area had "show and tell" in 1938, but if they did, Junior Gerhardt must have won the prize for the most unique thing ever brought to Central High School. Here's his tale: 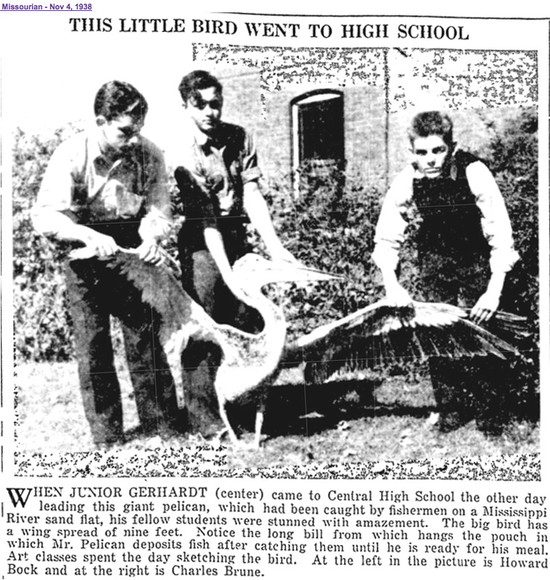 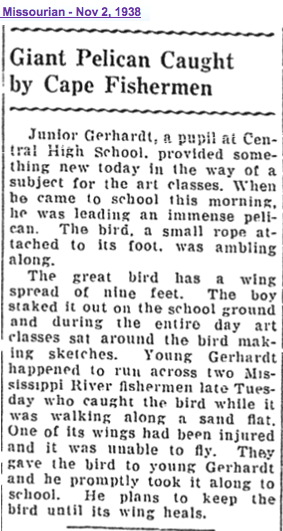 It makes me wonder what became of the bird after all the art students finished sketching it. Hopefully, its wing healed and it was allowed to fly home, wherever home was.

This next item was also centered at one of Cape Girardeau's public schools. 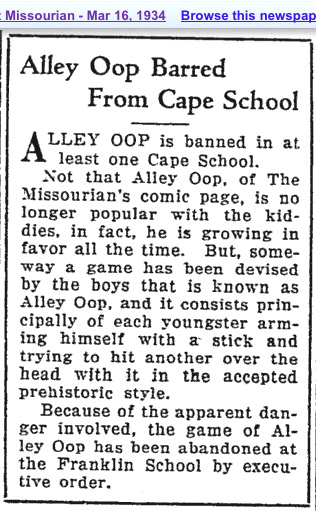 And, finally, we get to the "Case of the missing barber poles." You don't see too many of the red-and-white-striped tonsorial parlor icons any more around Cape Girardeau. Maybe they're out of vogue, or maybe they just got pinched in the 1930s... 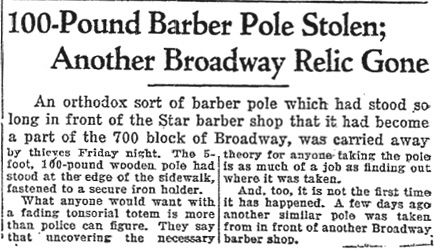 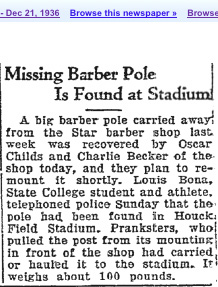 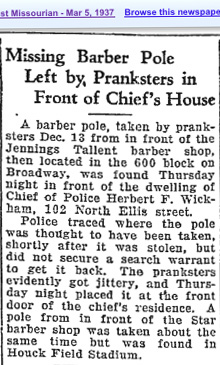