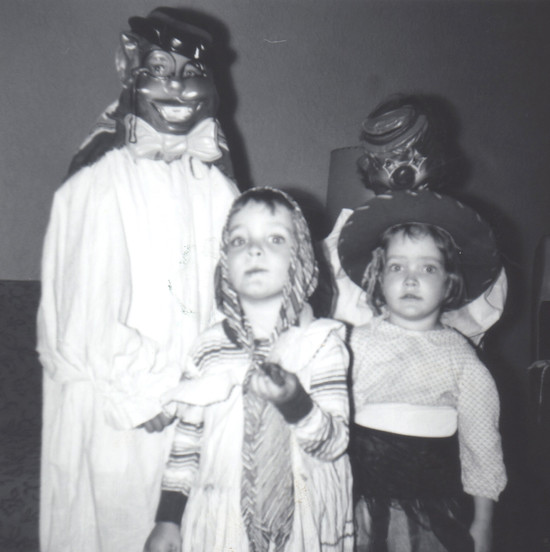 Halloween has always been a favorite holiday in my family. Perhaps that's because my middle sister, Jean, was born that day. My oldest sister still celebrates in grand style with a pumpkin-carving party each year.

Ghosts and goblins apparently hold no fear for most in my immediate family. They belong to a paranormal investigating team -- Paranormal Investigators Alliance -- and go on ghost-hunting excursions to places like the Lemp Mansion in St. Louis. One of their ongoing exercises is to teach others their ghost-busting techniques through a two-day course at Southeast Missouri State University.

While by brother flatly refuses to believe in ghosts and hauntings, I have a healthy respect for the paranormal. My curiosity in such matters doesn't lend itself to midnight wanderings in cemeteries and old mansions, but I do enjoy a good ghost story, especially if it's local. I ran across this story some time ago and decided to save it for Halloween:

I find it curious that the name of the 10-year-old girl isn't given. I found her -- Rube -- listed in the 1920 Federal Census for Cape Girardeau County, but I'll be darned if I can make out the last name.