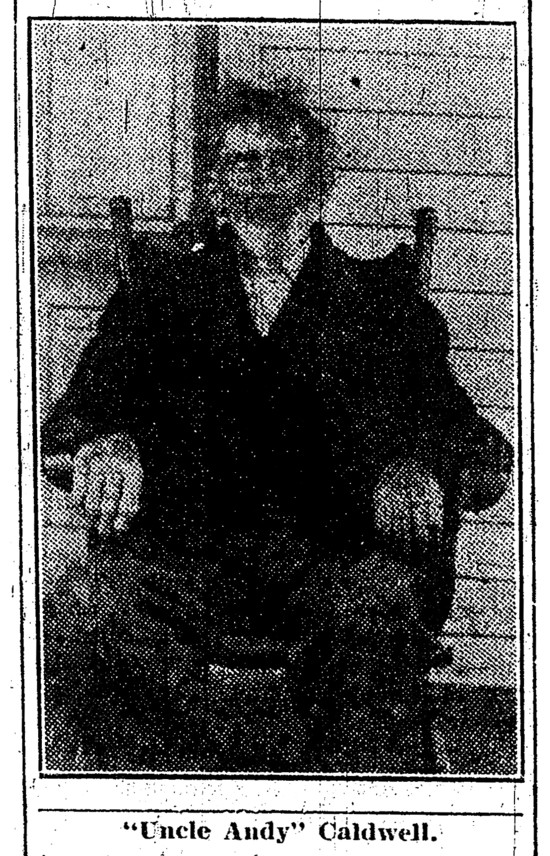 "Uncle Andy" Caldwell's claim to fame was an adventure he had in the years just prior to the Civil War.

A native of Cape Girardeau County, Uncle Andy and his brother, Robert, set off in 1852 to find their fortunes in the gold fields of California. Things didn't quite turn out the way Uncle Andy had them planned, however, and he returned to Cape County in 1859, in time to celebrate Christmas with the home folks.

The story of the Caldwell family and Uncle Andy and Robert's great adventure were told in a 1913 edition of The Daily Republican newspaper, now the Southeast Missourian. 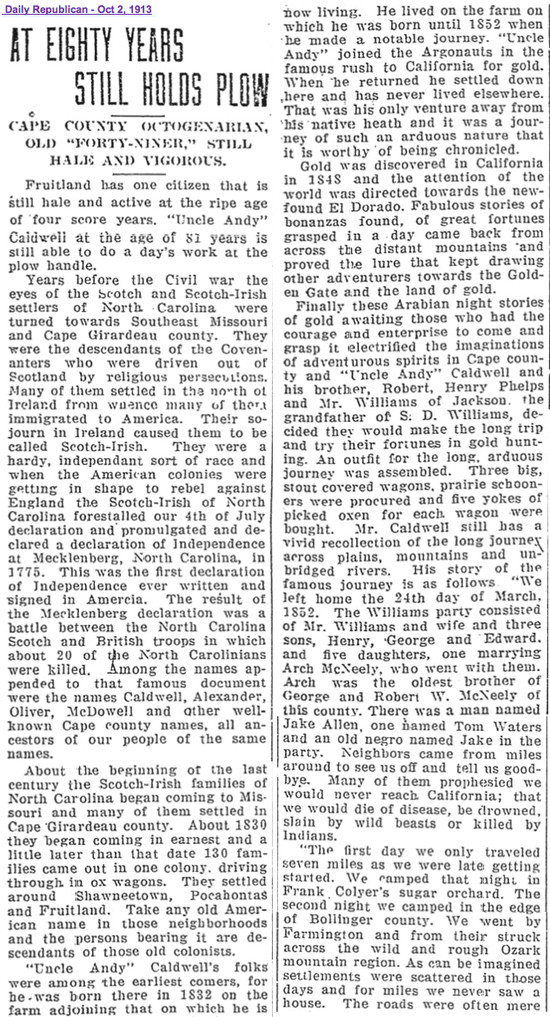 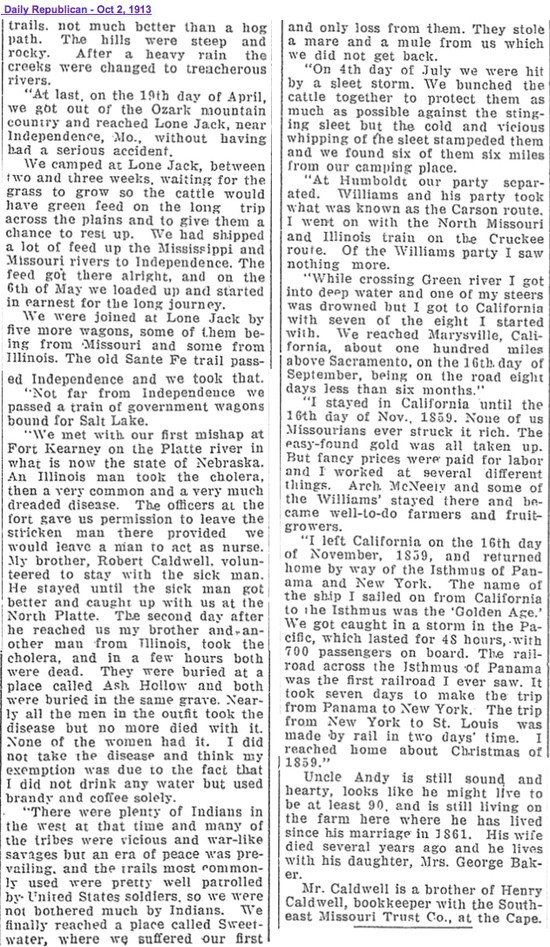 The writer's prediction that Uncle Andy would celebrate his 90th birthday didn't come true. He died unexpectedly on June 21, 1916, at the home of his daughter, Mrs. G.H. Baker, near Fruitland. At the time of his death, he was said to be the oldest native-born resident of Cape County at age 84.

He was buried at the Pleasant Hill Presbyterian Church cemetery near Fruitland.