A few years before my father's decline into the no-man's-land of Alzheimer's, I learned that he had never received the medals he had earned while fighting in Europe in World War II. While Dad rarely talked about his service, I knew that he was proud of his time in the Army. So I decided to acquire his medals for him.

After filling out forms and writing letters, they came. My siblings and I framed them in a shadow box and gave them to him. Until his death, they remained proudly displayed on the fireplace mantel in his living room. Now, they reside in my brother's apartment, along with the American flag that covered his casket.

I thought about this episode in my father's life recently, when I found a story about Howard G. Bock. In 1963, when the article was published, Bock was a teacher at Central High School. Eighteen years after his World War II exploits, Bock was handed his Distinguished Flying Cross. Here's his story from the Oct. 4, 1963, edition of the Southeast Missourian: 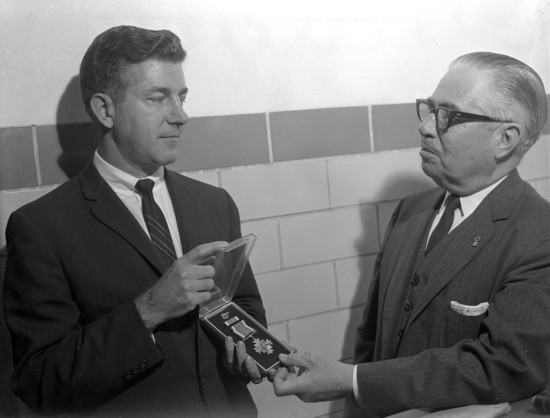 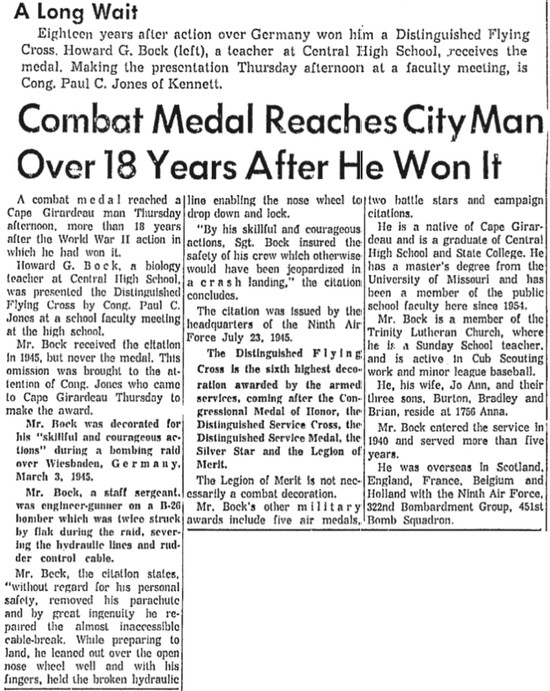 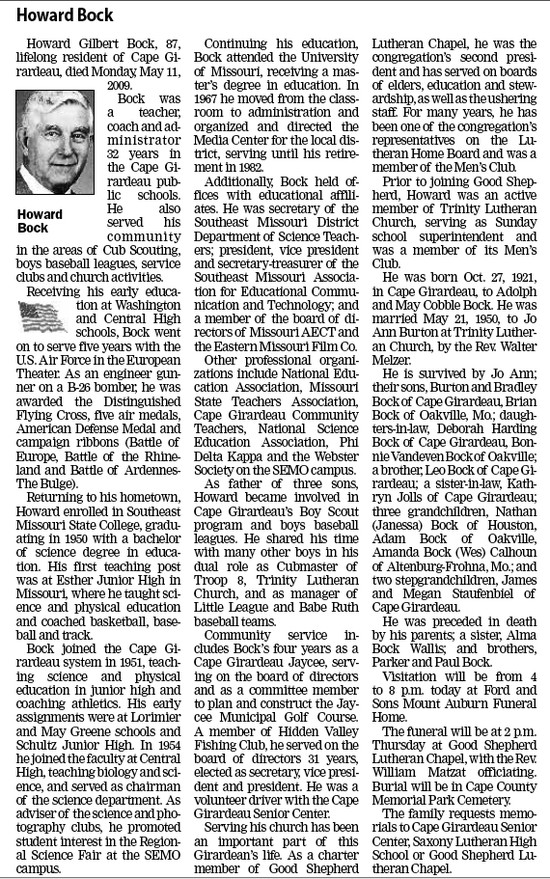