Dr. Blomeyer's White Steamer and the trouble it caused

For some reason, the publishers of the Missourian spent a lot of time over the years speculating on who brought the first automobiles to Cape Girardeau. I have found several articles on the subject. They seem to agree that Dr. A.D. Blomeyer owned one of the first vehicles in town, although they don't all agree about what model he drove. If we can trust Blomeyer's memory on the matter, his first automobile was a White Steamer.

According to the Cape Girardeau Weekly Democrat, the trouble began in October 1902, when Judge Sam Hitt, the president of the road company, denied Blomeyer the right to operate his automobile on the gravel road, even though Blomeyer offered to pay the same toll as vehicles drawn by four-legged beasts using the road. Blomeyer didn't back down, taking his case to the circuit court.

As the old year faded and the new year began, the judge in the case ruled in favor of Blomeyer, but Hitt declared his company would fight on, vowing to take the case to the St. Louis Court of Appeals. However, by mid-1903, both parties appear to have mellowed a bit. The last record in the case found in the Cape Girardeau County Archives Center by archival techician Jessica L. Dickey is a "Civil Action Mandamus" dated May 15, 1903. It seems to dismiss the suit: "Now come the parties herein, and the appeal heretofore allowed to the St. Louis Court of Appeals is by consent of parties herein, by the court set aside and Plaintiff's (Blomeyer's) petition, dismissed at his cost."

The June 6, 1903, Democrat stated that Blomeyer had been given permission by the road company to run his automobile on its toll roads, "thereby ending the litigation caused by the refusal of Judge Hitt last fall to permit Blomeyer's auto to pass the gates west of Cape."

Blomeyer was a man ahead of his time. The question of retaining the toll roads in the county surfaced again just a few years later, and by 1908 the last tollgate in Cape Girardeau County had been removed. The U.S. Supreme Court upheld a lower court decision that stated that the franchises under which the gravel road companies operated had expired and that they didn't have the right to collect tolls.

A 1921 article recalled Blomeyer's various automobile adventures. His recollections concerning his fight with the toll road company differ somewhat with what I found: 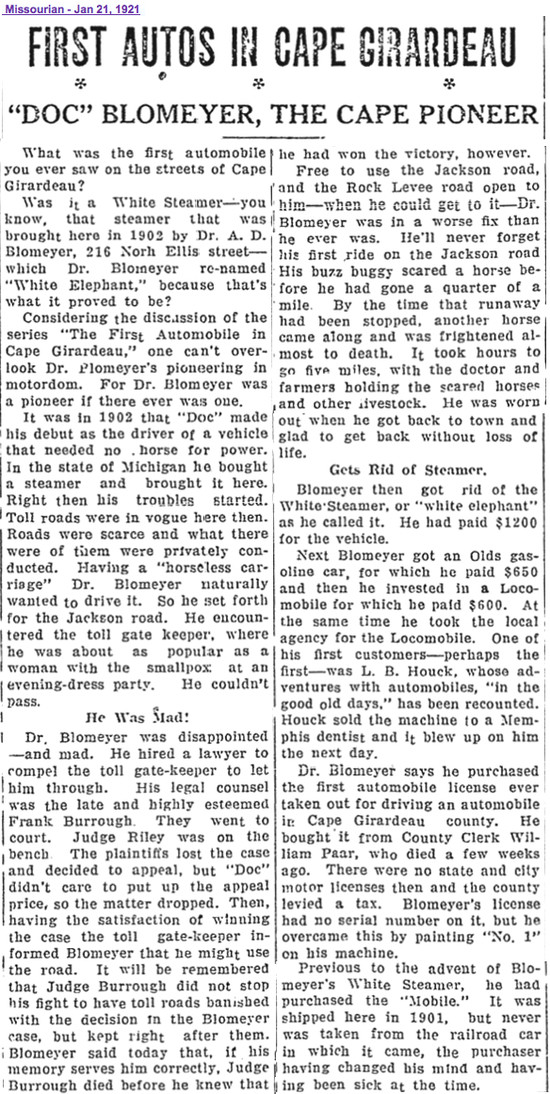 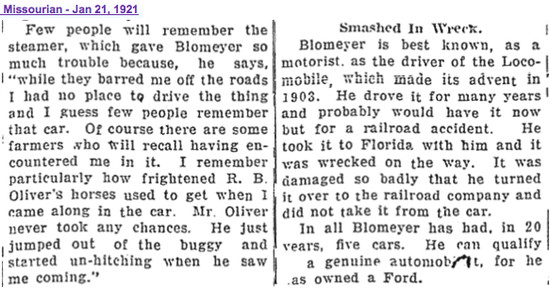 Here's a couple more stories I found regarding some the earliest automobiles operated in Cape Girardeau and the area. 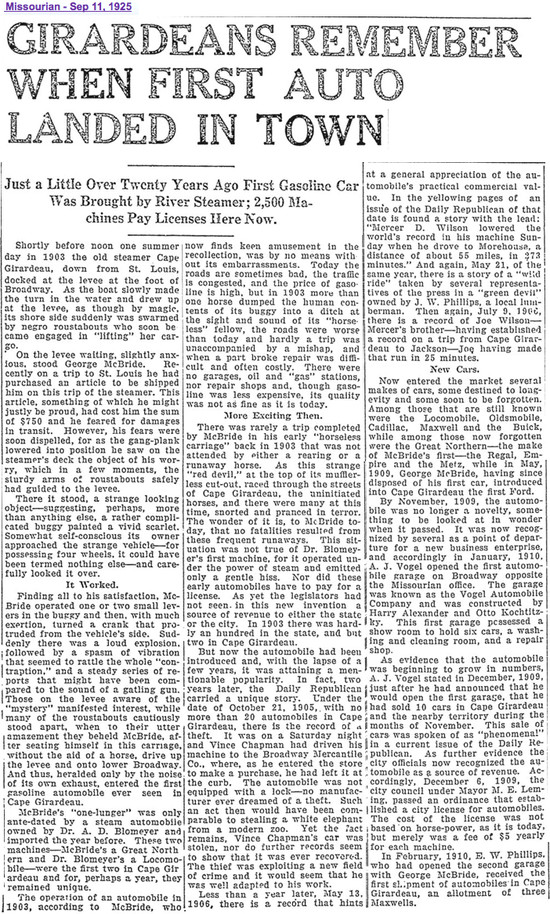 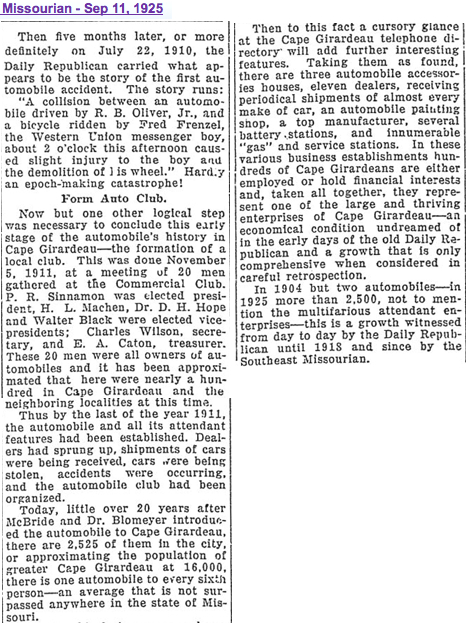 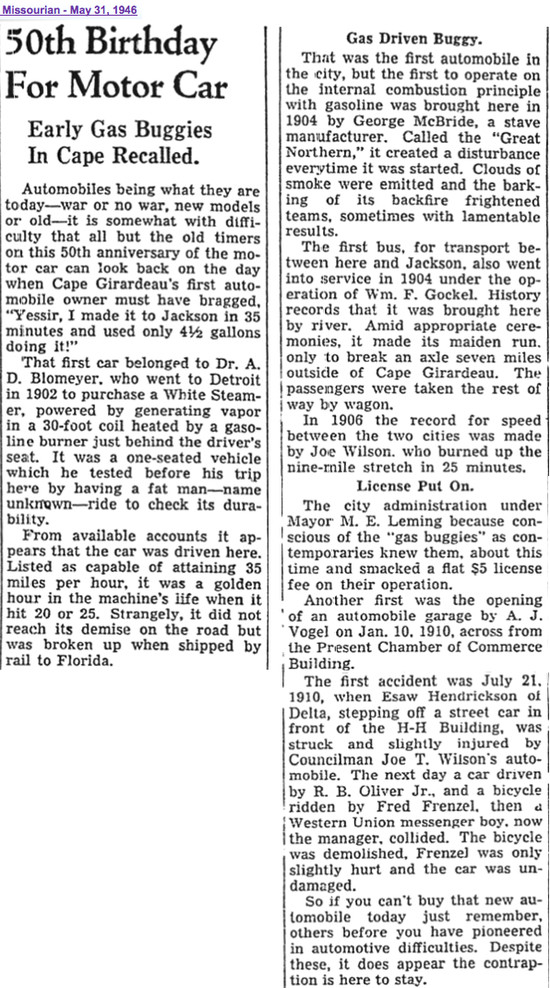