Cape Girardeau's first business district was the downtown area lining the riverfront. Its second was Haarig, also known as the Good Hope Business District and the Midtown Business District. Being of German descent, I usually call it Haarig, which is the German word for "hairy."

I'm not aware of anyone tracking down the origins of that name. I like to think that it reflected the general attitude and nature of its Teutonic inhabitants. Of course, it may have had more to do with the large number of saloons in the area, and the "hairy" situations that cropped up when locals imbibed too liberally.

In addition, it's important to remember that Haarig included not only the German-run businesses clustered on Good Hope near Sprigg, but the homes and churches of those business people.

The Industrial Supplement we've been examining devotes only two photos to Haarig and just a small description.

That part of Good Hope Street popularly known at Haarig has enjoyed a great boom, as these pictures will show. The Kraft bakery, the row of new buildings show in the street scene, and other substantial ones, have given this street much prominence. Haarig is also profiting by many new industries in the west end. 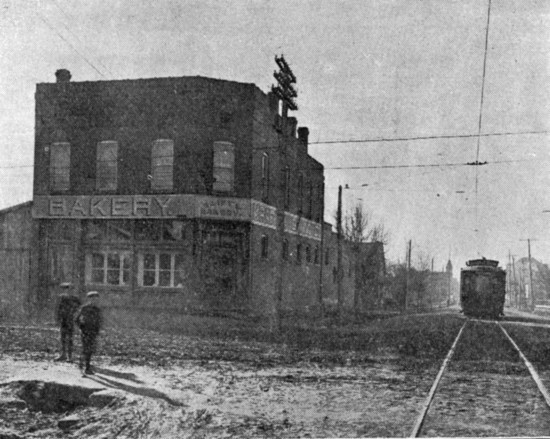 The largest steam bakery in Missouri outside the three largest cities.

(According to the 1906 City Directory, Kraft Bakery was at the corner of Good Hope and Frederick streets. It also had branches at 411 Broadway and at the corner of Spanish and Independence streets.) 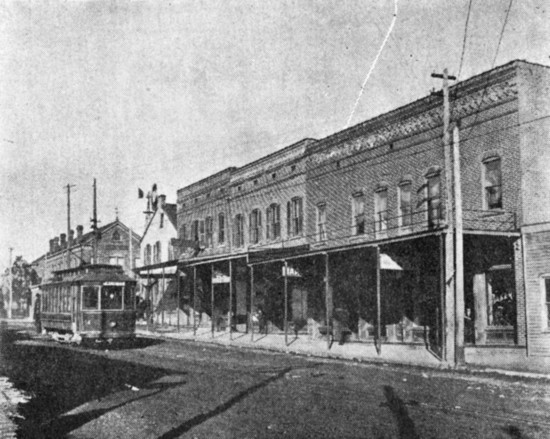 (This is the north side of Good Hope Street, between Sprigg and Frederick. The building in the background with the many chimneys was Hirsch Bros. Mercantile and Provision Co. The white building across the street from Hirsch's is the Star Bar. Below are a couple photos from the Missourian Archives that show the corner from different angles.) 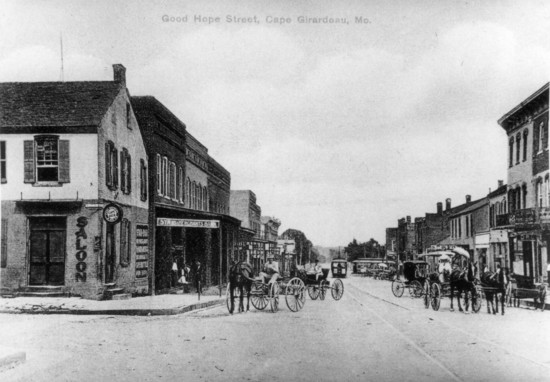 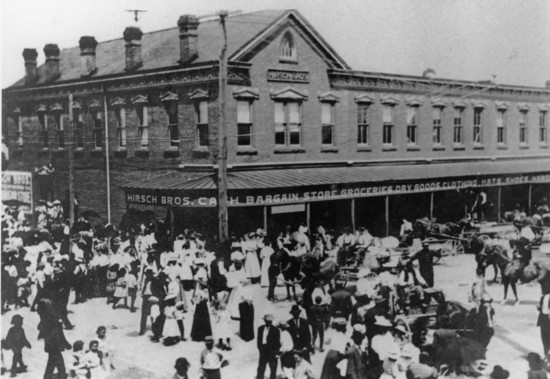 (A large crowd milled about the Hirsch Bros. store at Sprigg and Good Hope streets in this undated photo.) 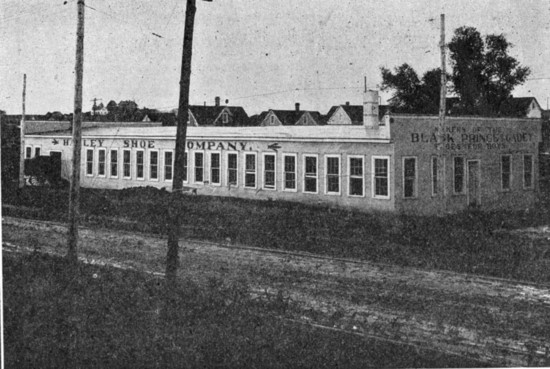 Established in 1906 for the purpose of making boys' shoes exclusively, the unequaled quality of Harley shoes is making the plant a success, and now men's shoes are also being made.

(The publishers' optimism was short-lived. By 1911, the Harley factory at William Street and Henderson Avenue was occupied by a different factory, Powers Advertising Co., and Harley was gone. Powers, which printed signs and manufactured fan handles, had departed that building by 1916, and it was being utilized by the Presbyterians as the West End Sunday School.) 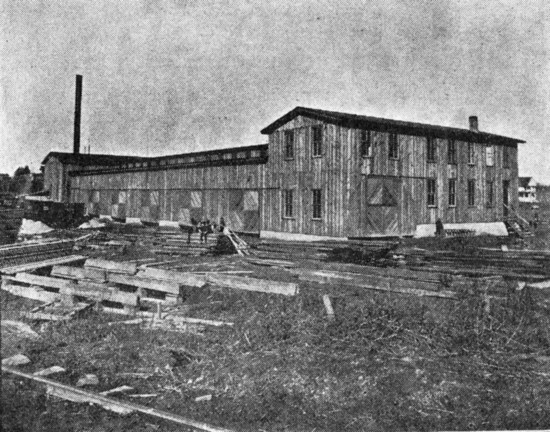 The largest plant of the kind in Missouri outside of St. Louis. The product is sash and doors, and all kinds of finished materials from hard wood. The plant has been equipped at a cost of $50,000.

(I'm still trying to learn where this mill was located. I'm guessing it was in the same area as the Harley Shoe Company.)

(This next building was neither in Haarig, nor in the West End. It was on the south side of Independence Street, east of Frederick Street.) 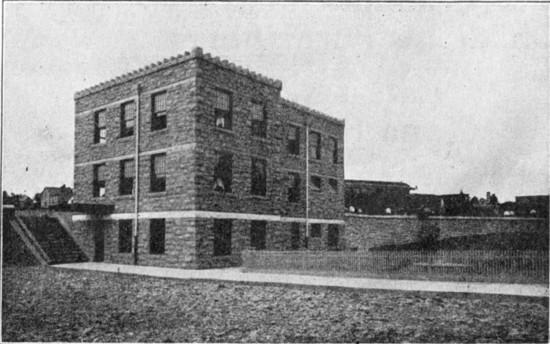 Assurances have been given that by July 1st the Thebes Bridge and Terminal Railroad will be completed. This will give Cape Girardeau connection at the great bridge with the Iron Mountain, Cotton Belt, and Illinois Central, and it is thought that in a short time the trains of these roads will be running into this city.

The addition of these roads to the various lines of the Frisco, Chicago and Eastern Illinois, and Cape Girardeau and Chester railroads will give Cape Girardeau shipping facilities surpassed by no other city in the Mississippi Valley.

This picture shows the Cape Girardeau and Chester depot, the handsomest stone depot in this territory, no doubt built with a view of becoming a union station for a number of roads.

(Built by local railroad titan Louis Houck in 1905, the limestone depot stood until 1964. Then, having suffered a fire several years before, it was considered very dangerous and was torn down. The stone that could be salvaged was used to construct the conservation building in Arena Park.)