I'm hoping you've stuck with me through the first six installments of the 1907 "Industrial Supplement" and find them as interesting as I do. We're nearing the end of the supplement, with only one large article (this one) to go and then several smaller ones with lots of photographs.

This article isn't bylined, so it was likely written by one of the Naeter Brothers -- George, Fred or Harry -- who published The Daily Republican. It reflects on the accomplishments of the previous year in Cape Girardeau.

PARAGRAPHS THAT TELL OF THE IMPORTANT HAPPENINGS OF THE PAST YEAR

It was the original intention ofThe Daily Republican to publish in this edition the list of improvements made during 1906, but it was found that too much space would be required, so it was necessary to give only the summary:

During the same period there were erected 31 business and public buildings at a cost exceeding $320,000.

Over twenty blocks of streets were macadamized (paved) and twenty-six blocks of concrete sidewalks, curbs and gutters were laid. 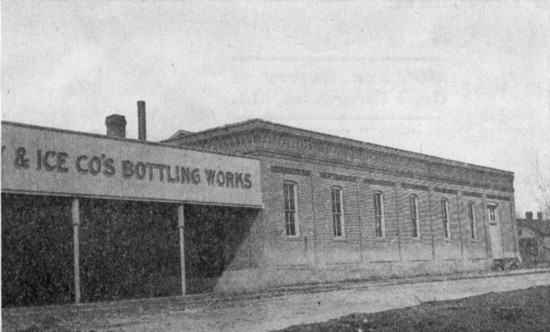 The past year has brought great prosperity to Cape Girardeau's many manufacturing plants, and in most every instance the plants have been enlarged to meet the demands. the box and basket factory will have to make further extensions; the McBride stave factory has added several branch mills; the Indiana Lumber Company has been enlarged; the LaCrosse bent wood works operated to the very fullest capacity; the wheelbarrow factory increased its output three-fold and added its own sawmill; the famous Cape Girardeau stone quarry has just enlarged its plant and is working day and night; the several brick works have had all they could do; the paint mills are run constantly to their full capacity; the two ice factories,the flouring mills, the candy factory, the shirt factory, the tobacco factory, the steam bakery, the foundries, machine shops, and many other concerns have about all the business they can handle and in many instances are hampered by a scarcity of labor. The coming year will see fully as much improvement in local industrial circles and the number of employees will be increased by several hundred.

The location in Cape Girardeau of the Roberts, Johnson & Rand shoe factory is one of the most important developments of 1907. The building, which is now being erected on North Main street, is to be five stories and basement. The main building will be 250 feet long and 53 feet wide, and will have an "L" 45 by 51 feet. It is being constructed in the most modern manner and will be as fine a building for the purpose as can be found anywhere. When in full operation at least 700 employees will be required. In due time a box factory, where all the boxes for the concern's many factories will be made, will be erected adjoining the main building. The shoe factory will represent an investment of fully $200,000, and will be in operation by Sept. 1.

Nothing could possibly show the continued advancement of Cape Girardeau better than the street railway system, which was installed early in 1906. In the first place, a system was put in that was considered adequate for the needs of Cape Girardeau for many years, but at the end of six months the owners found their system entirely too small and the equipment was doubled. As rapidly as possible the lines will be extended in all directions and the surrounding towns will be brought within easy reach.

The magnificent building being erected by the (Centenary) Methodist Episcopal Church, South, the modern public school building that is just completed and the extensive additions to the Normal School speak volumes for the educational and moral standard of the community. The announcement has also been made by those in power that St. Vincent's (Young Girls') Academy, one of the oldest and most honored institutions in the Mississippi Valley, will be rebuilt upon a much larger scale and will be made a model institution in every respect. St. Vincent's College, which also gained great fame in years past, is to be revived and built up to its former standard. These additions to the educational institutions of Cape Girardeau will make this the greatest seat of learning south of St. Louis. 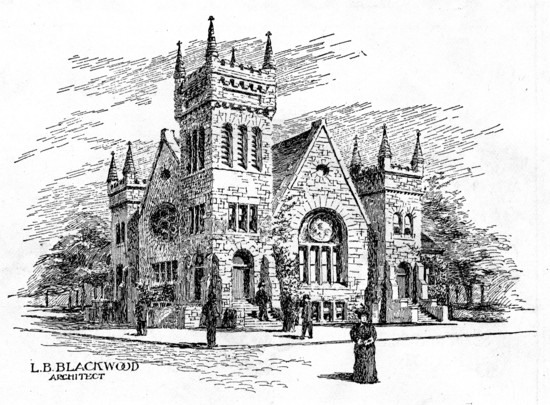 The Commercial Club of Cape Girardeau has made a record during the past year that justly entitles it to the credit of being one of the most aggressive organizations in Missouri. The Harley Shoe company, the Southern Metal and Manufacturing company, the Roberts, Johnson & Rand Shoe company, and several other large industrial concerns were secured through its efforts. The Centennial celebration, and several large conventions were also under the care of the club and the great progress made in every channel can be properly credited to the Commercial Club. The club has an active membership of over 100 and is ever working for the betterment of the city and its people.

The greatest historical event of theyear came in the announcement that Hon. Louis Houck's "History of Missouri," would soon come from the press. Mr. Houck, who has a national reputation as a railroad builder, lawyer and historian, has spent his leisure hours for over twenty years and thousands of dollars on his history. The government library, the libraries of most every state, the libraries of Spain, France and other countries concerned in the early days of America were searched by the author and special agents,and every county in the state was visited by representatives, who discovered over 28,000 mounds, this research being made to perfect as far as possible the chapter on pre-historic inhabitants of Missouri. Magnificent etchings and numberless maps and drawings will add value to the work and no expense whatever has been spared to make it complete in every detail. The history will be in three large volumes, magnificently printed and bound, and inasmuch as Missouri has no history of this kind it will be a most welcome addition to every library. The "History of Missouri" will be ready for distribution about the first of September and the limited edition will be sold only by subscriptions.

Early in the year 1906 a number of gentlemen throughout Southeast Missouri conceived the idea that a trust company with the powers conferred by statute was, in view of the rapid development of this section of the state, a public necessity and would ultimately be a profitable investment. With that in view they cast about for a suitable location for such an institution.

The city of Cape Girardeau, with its splendid geographical location and rapid growth, was selected as the proper and logical place for such an institution. They saw at a glance that this city is the business and financial center of all Southeast Missouri and Northern Arkansas.

A corporation was formed with a paid-up capital of $500,000, and opened for business early in November. The aim and purpose of this company is to encourage and promote the more rapid development of all this section of the state by making it possible to procure the means with which to carry on the great work of drainage and other needed improvements.

The company does a general banking business, in connection with the trust feature. Its directory is composed of fifteen men of this section of the state and its stockholders arefrom every county in the great Southeast.

This special Industrial Edition was prepared and printed in The Daily Republican office. This office, as this edition will show, is unusually well equipped. It is the only office in Southeast Missouri that has a Mergenthaler type-casting machine, and with two cylinder presses, three job presses, power paper cutter and much other machinery and material, it is as complete a printing office as can be found in most any city. The Daily Republican has a guaranteed circulation of over 1,500, and The Weekly Republican guarantees even a larger number. It is the ONLY daily NEWSpaper in Cape Girardeau.