After last week's wordy article by L.J. Albert, this week's blog is a lot shorter. It consists of two articles published in The Daily Republican's "Industrial Supplement" in 1907.

ELKS CLUB, ERECTED AT COST OF $50,000, IS DECIDEDLY THE FINEST IN MISSOURI 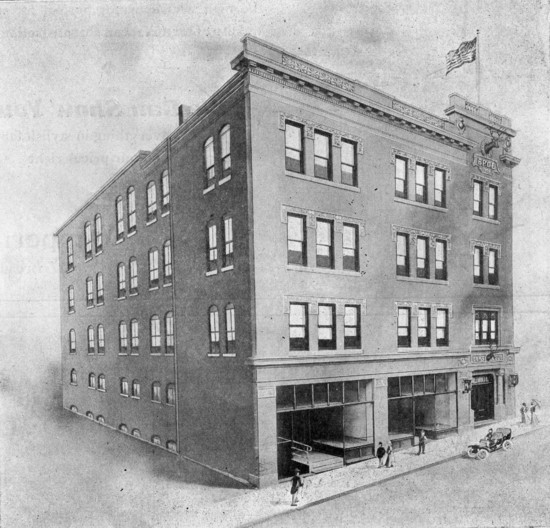 The Elks' Club, which was dedicated April 17, 1907, represents a cost of over $50,000. It is by far the finest exclusive Elks' Club building in Missouri, and so far as is known, it has no equal in the West. The entire building is exclusively for club purposes. The first floor is divided into apartments for a cafe and buffet. Dumb elevators connect this floor with the upper floors, so that refreshments can be served in the private dining rooms.

The second floor contains the library, lounging rooms, secretary's room, the billiard room, four sleeping rooms, a card room, bath room, cloak room, and several closets. This floor is finished in green weathered oak and the furnishings are strictly in keeping with the finish.

The third floor contains the ball room, the ladies' parlor, two private dining rooms, cloak rooms, serving rooms, etc. This floor is finished in Flemish oak. The ball room, which is 42 by 54 feet, is the largest and finest in the city, and is in keeping with the luxuriousness of the other rooms.

The fourth floor will be used exclusively by the members. The lodge room, which is the same size as the ball room, is exquisitely furnished. On This floor also are three sleeping rooms, bath room, waiting rooms, paraphernalia rooms, cloak rooms, etc. All are completely furnished.

An electric elevator is continually in service and every other convenience has been provided. The basement is divided into kitchens, pantries, store rooms, and rooms for the machinery.

(Fred Lynch has done a couple of blogs on the history of the Elks Building, which include the story of its fiery end.)

THE NEW FEDERAL BUILDING WILL BE MAGNIFICENT 3-STORY STONE STRUCTURE 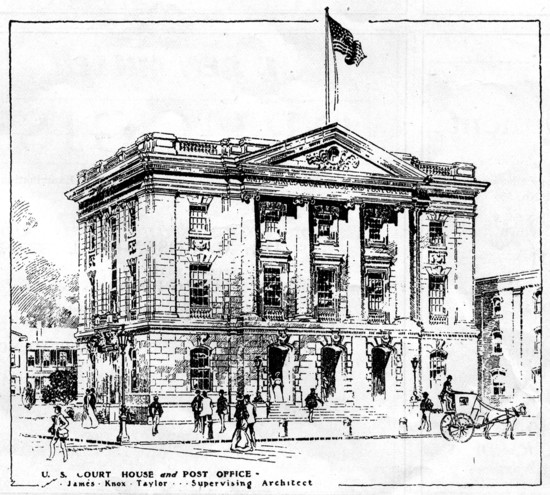 The building to be erected by the United States in Cape Girardeau for the post office and the federal courts will be one of the finest public buildings to be found anywhere. The government has provided $100,000 for the building, which will be located at the corner of Broadway and Fountain Street, diagonally across from the big Himmelberger-Harrison Building. It will be three stories and basement and will be in keeping with the Normal (School), National Bank, and other big buildings in the city.

During the year the government established in Cape Girardeau a branch of the federal courts, which have jurisdiction over the 17 counties, comprising what is known as Southeast Missouri. The courts meet in April and October of each year and until the new building is completed the Common Pleas Courthouse is used. On account of the federal courts here the government is providing an unusually fine building, which will be a great convenience to the people of this district.

(Reality didn't quite live up to the expectations illustrated in the artist's drawing above. Below is a G.D. Fronabarger photograph of the building that was constructed here.) 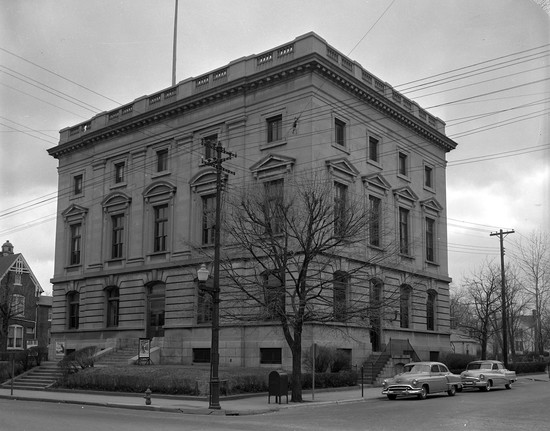