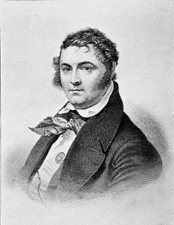 Several weeks ago in this space, we examined the life, death, burial and re-burial of U.S. Sen Alexander Buckner.

I recently came upon an article about Buckner's senatorial successor, Dr. Lewis F. Linn, of Ste. Genevieve, Mo. Biographies of Linn abound on the Internet, mostly covering his political career and his work as a medical doctor. None that I read, however, detailed his second and third burials.

The Missourian article below explains the last move and gives some good background on Linn. Some of the information it provides on the previous moves of Linn's remains are confusing. That may be the result of multiple names for the same cemeteries.

I reached out to the kind folks at Ste. Genevieve for clarification and was given this explanation:

Linn died in 1843 and was buried in the Old Catholic Cemetery, which was also known as Memorial Cemetery.

Around 1852, the State Legislature appropriated funds to place a memorial tombstone on Linn's grave.

Memorial Cemetery was closed by the city around 1880, because every time they dug a grave they ran into earlier burials. A New Catholic Cemetery and City Cemetery opened up at Valle Spring. The public cemetery is today known as Crestlawn Cemetery.

Evidently, Memorial Cemetery got so overgrown that around 1905 the State Legislature approved additional money to move Linn and his wife out to Valle Spring. This happened in October 1905. There is a legend that a cherry tree wept when they dug up his casket to move it.

In early June 1938, they moved his body and that of his wife back to Memorial Cemetery. This came at a time when there was local interest in improving that cemetery. 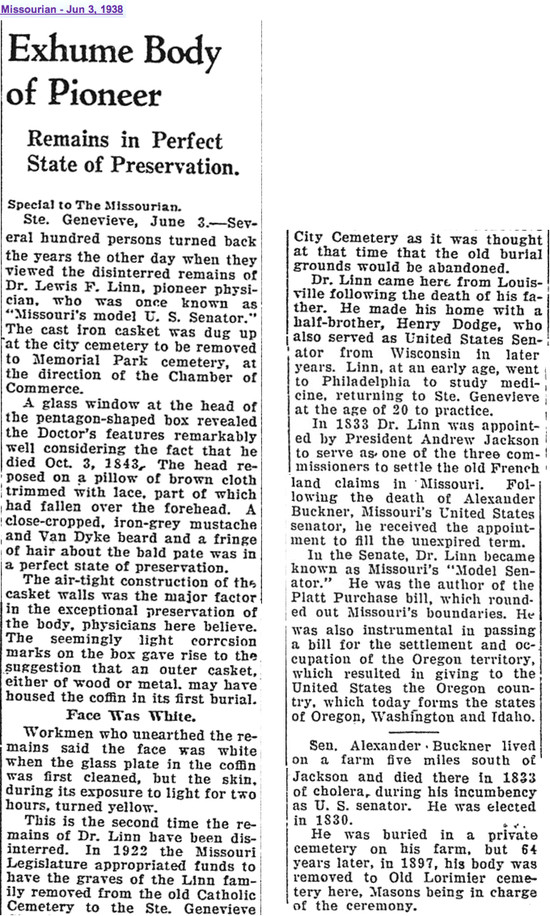 This article confuses some dates and cemeteries, but thanks to Brenda Schloss with the city of Ste. Genevieve and Robert Mueller with the Foundation for the Restoration of Ste. Genevieve, I think we have the record straight.

And in case you're wondering, Sen. Linn and his wife are still resting in peace at Memorial Cemetery. I double-checked Find-A-Grave.com to make sure.