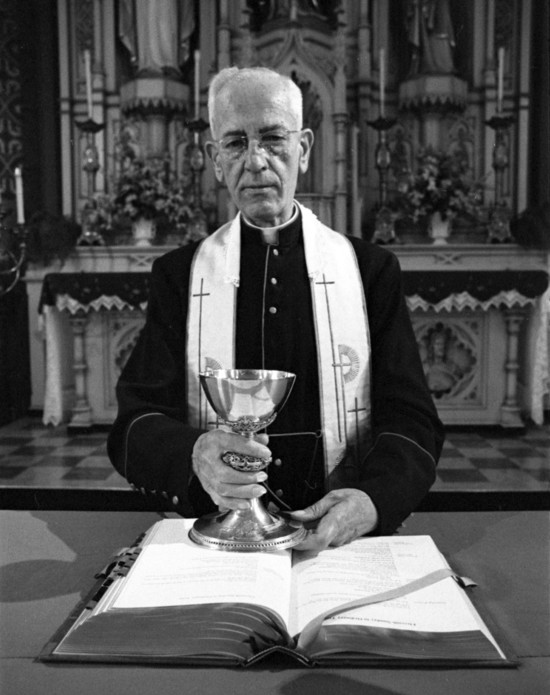 The other day, I used an item in the Out of the past column about the Rev. Joseph Keusenkothen being elected president of a Southeast Missouri Credit Union in 1938. The original Missourian article didn't say were Keusenkothen lived. But, having done a lot of Catholic genealogy in Scott County, I knew that "Fr. Joe," as he was called by his parishioners, had served St. Augustine Church in Kelso, Mo. What I didn't know was when he started his work there.

A quick check of Fr. Joe's 1976 obituary showed that he had served that parish from 1926 until his death. The obit also told me that he was sent to Kelso to aid his ailing uncle, the Rev. John H. Muehlsiepen, who was then pastor of St. Augustine. Uncle and nephew ministered together from 1926 to 1940, when Muehlsiepen died.

Death came to the older priest shortly after celebrating the 50th anniversary of his priestly ordination. Ill at the time, he was removed from Saint Francis Hospital in Cape Girardeau and transported to Kelso for the observance. His obituary says he took part in a jubilee Mass at St. Augustine's from a hospital cot. 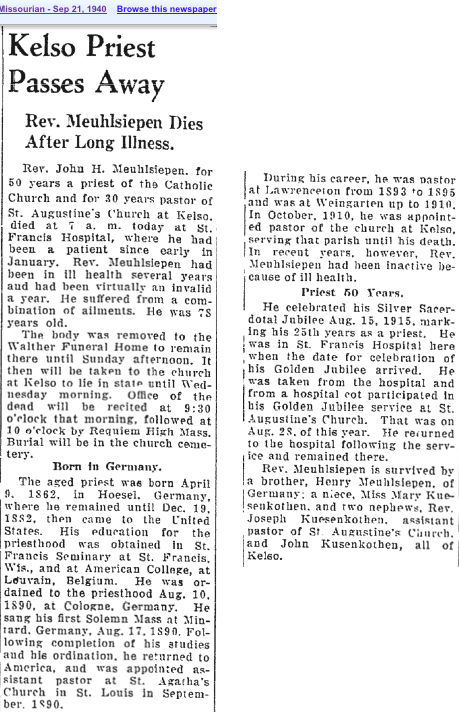 Likewise, his nephew celebrated his golden jubilee as a priest in June 1975, just over a year before he, too, passed away. The Missourian carried a full-page spread about Keusenkothen's 50th priestly anniversary. It contains a lot of history, and some striking pictures by Missourian photog Fred Lynch. 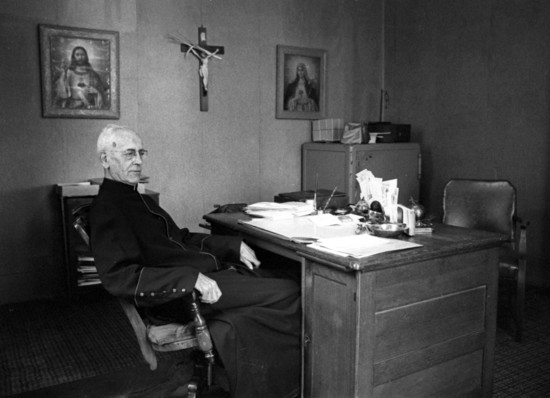 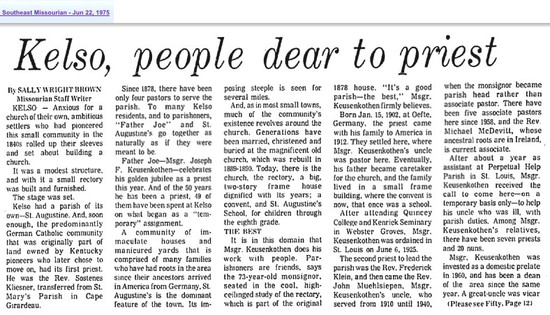 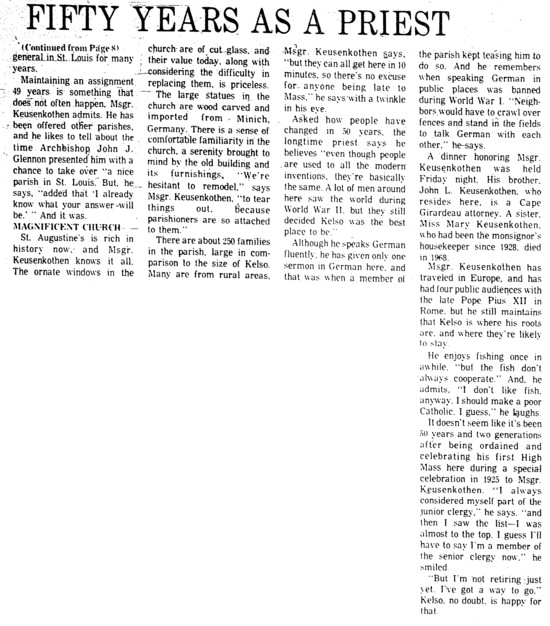