The Vedder surname no longer appears in Cape Girardeau's telephone directory. In fact, it seems to have faded entirely from the city at large.

Here at the Missourian, some of the older employees know that the structure attached to original Missourian Building to the west is the Vedder Building. But I'd wager that none of my co-workers know that the building was named for William Vedder, a Cape Girardeau merchant for a half-century.

I tracked down several items about the man to give you an idea of his remarkable life. 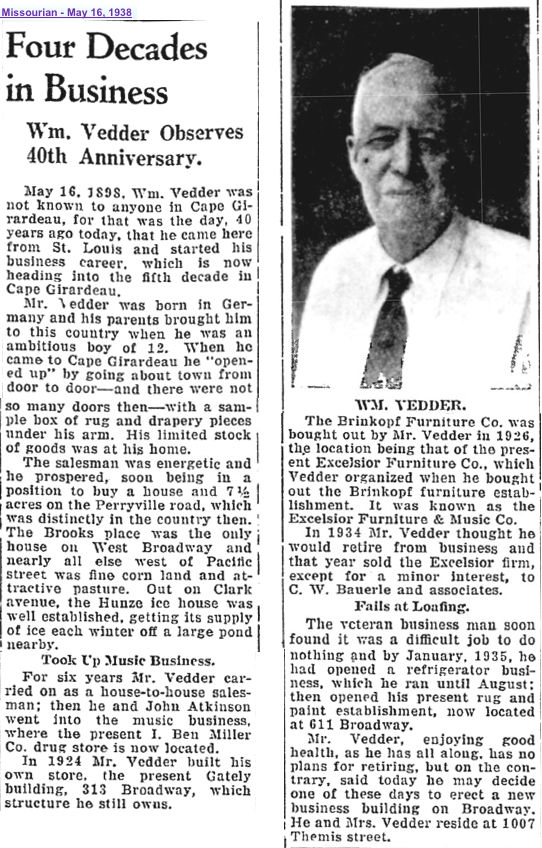 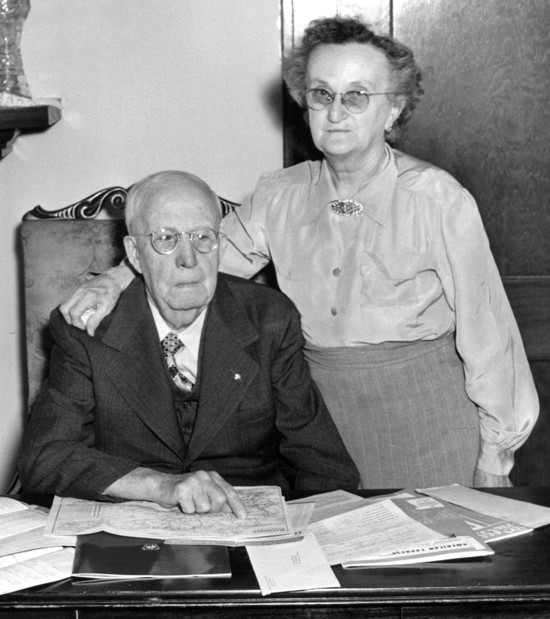 An ailing William Vedder was visited by past presidents of the Cape Girardeau Optimist Club in November 1956. 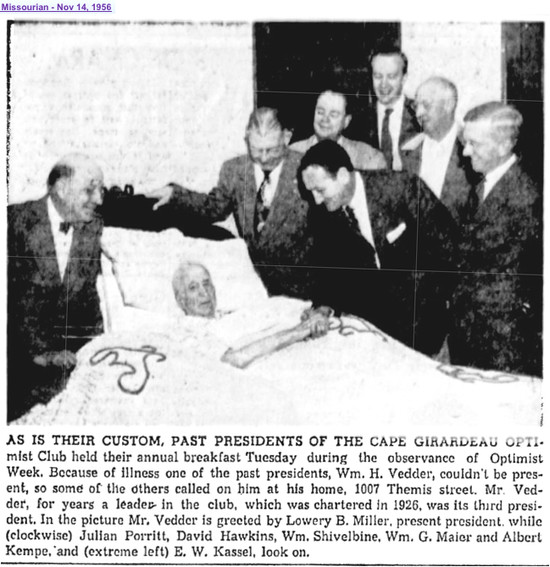