The death of Wade Anderson

Being the daughter of a Commerce, Mo., boy, and having grown up listening to stories about that fair river town, I was familiar with the Anderson family. So when I came across stories about the death of Wade Anderson in 1938, it caught my attention.

Like my dad, Wade Anderson was a Commerce native. He made a name for himself as a horse and mule dealer, being partners with his brothers, Tillman and Norval, in the Anderson Horse & Mule Commission Co.

When he was 60 years old, Wade was elected sheriff of Scott County, a position he held for only 15 months. He died in March 1938 of pneumonia. His widow, Pauline Maupin Anderson, was named by the Scott County Court to fill his office until the next election. In November, John Hobbs ran unopposed to fill the remainder of Anderson's term.

Shortly afterward, Pauline moved to Durango, Colo. She died there in 1957 at age 74.

Following are the stories the Missourian carried about the death of Wade Anderson. 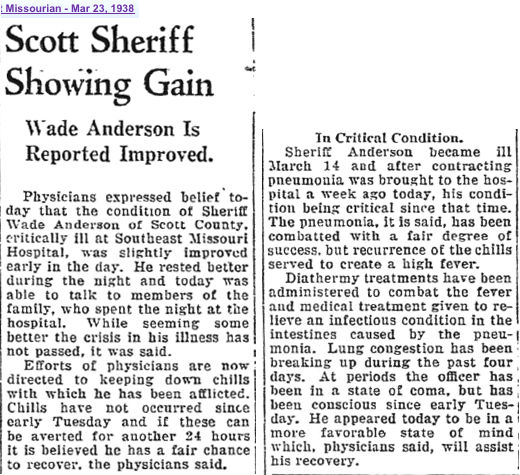 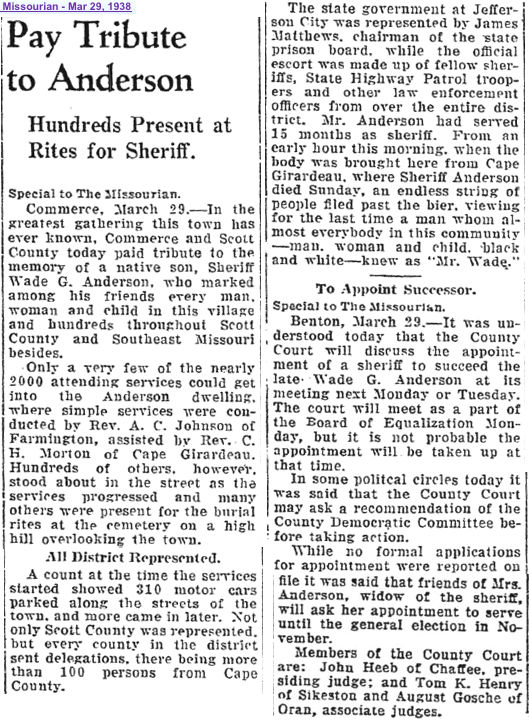 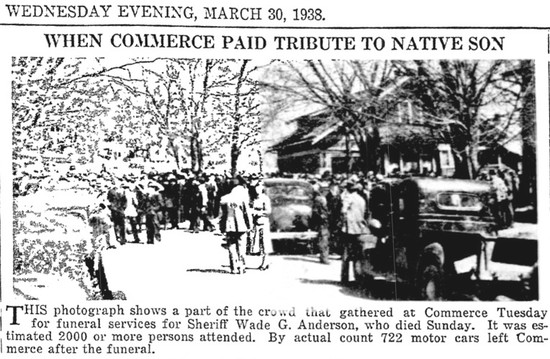 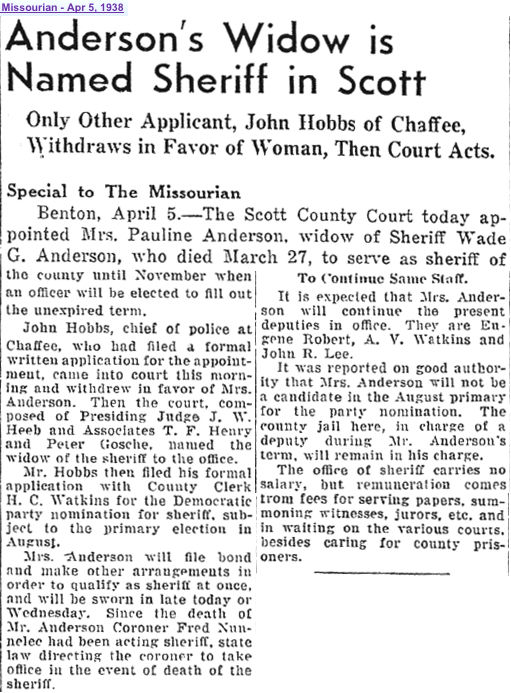 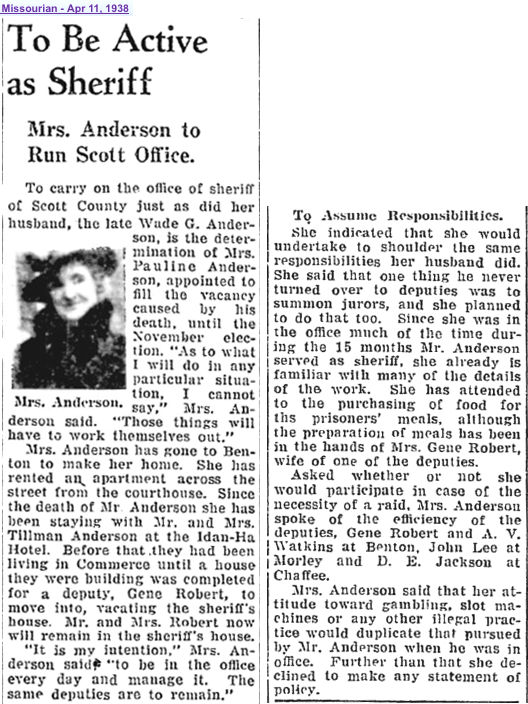