His name was Mudd 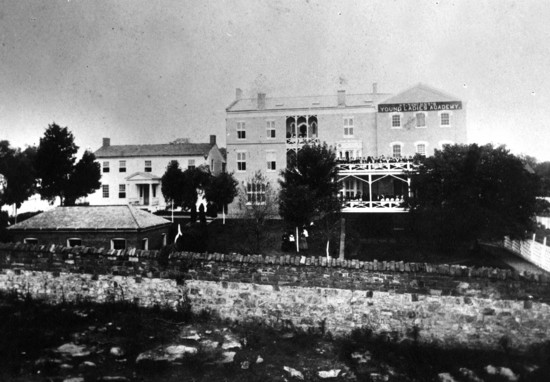 A front-page article in the March 21, 1938, Southeast Missourian told the news of the coming demolition of a landmark in Cape Girardeau. And the name of the man responsible was Mudd.

Lawrence A. Mudd was a building contractor in Cape Girardeau, having moved here in the 1920s. Until his death in 1942, Mudd razed a number of buildings here, including the St. Vincent's Academy for Young Ladies in the spring of 1938, shown above.

The photo was taken in the old boarding school's heyday. It overlooked the Mississippi River on South Spanish Street, near Good Hope. The school was established in 1838 and staffed by the good Sisters of Loretto. At its closing in 1923, it was estimated there were 20,000 graduates scattered throughout the United States. 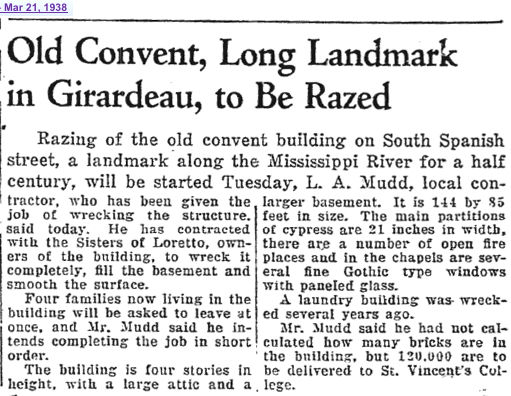 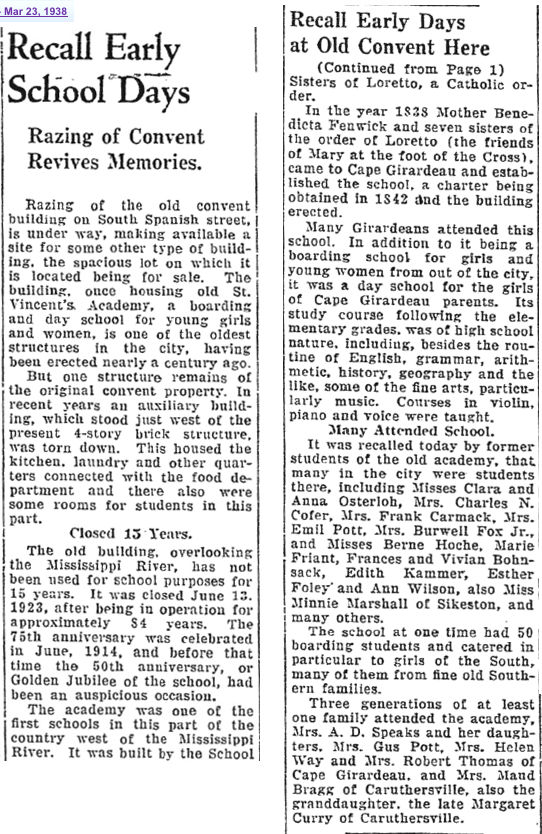 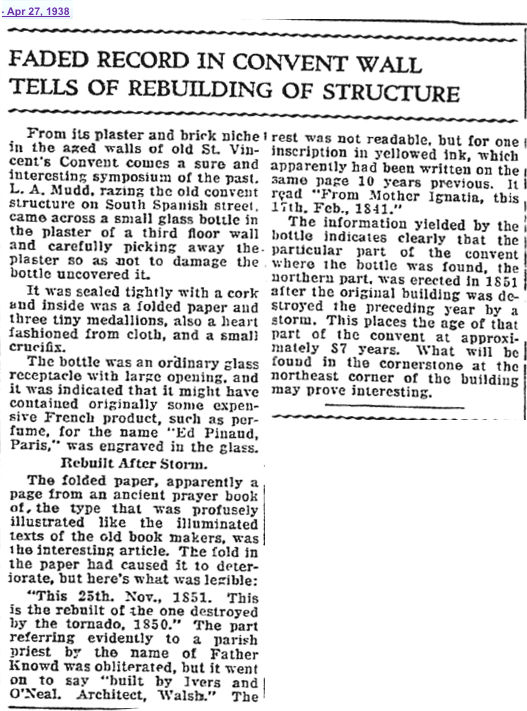 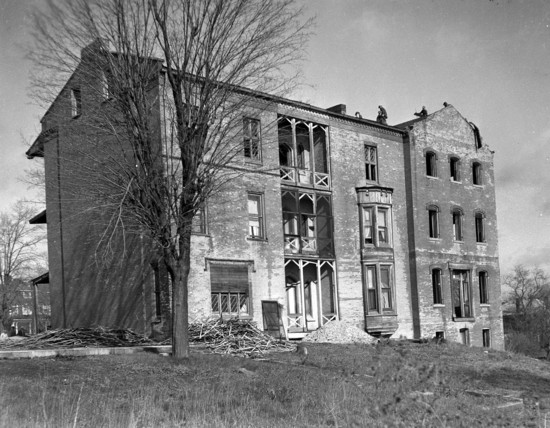 The stories about the razing of the academy made me wonder what other work Mudd had done.

The first item I found was dated 1931. It referred to an accident at the construction site of the Ironton, Mo., consolidated school. Mudd's company was doing the brickwork for the structure. His son, Jimmy Mudd, and employee Arthur Corra, both of Cape Girardeau, were injured when they fell 40 feet from a "weakened scaffold." Jimmy Mudd suffered a broken jaw, while Corra's face was badly cut. Both men were also bruised.

In 1932, the L.A. Mudd & Sons company was awarded a contract for laying the brick for a new high school building in Oak Ridge.

That same year, the company was hired to raze two brick buildings on Main Street in Cape Girardeau. They stood just north of Independence Street on the east side of the street. The empty lots would be used for the construction of a new Montgomery Ward & Co. department store.

"Work now is confined to tearing down a one-story structure on Main Street and after this has been finished, razing of a three-story building facing Water Street will begin. Contract for erection of the new building, which will have a two-story height on Main Street and three stories on Water Street, has not been let. It is planned to have the building completed in the early summer of next year. It will have a frontage on Main Street of 86 feet and will occupy all of the block between Main and Water streets, a depth of 135 feet."

Another contract won by the Mudd construction company was for a one-story brick building at 605 Bellevue St., in 1935. It was to be used by the Seehausen Sanitary Meat Market, 637 Broadway, for smoking meat. The building was to measure 20 feet by 16 feet.

The first was in 1935, and involved the removal of a frame building on North Pacific Street:

The second was in 1937 and involved the clearing of the site of the burned out Bartels Mercantile Co. building at the southeast corner of Broadway and Ellis Street. That big business burned on Feb. 4, 1937. Not only was the Bartels store destroyed, but three apartments and the office of Dr. R.A. Ritter on the second floor were wiped out. The conflagration also touched off fires in seven other structures in the vicinity.

I'm sure that L.A. Mudd & Sons built and razed many more buildings in Cape Girardeau and the area.

The obituary of Lawrence A. Mudd gives evidence of a long and useful life: 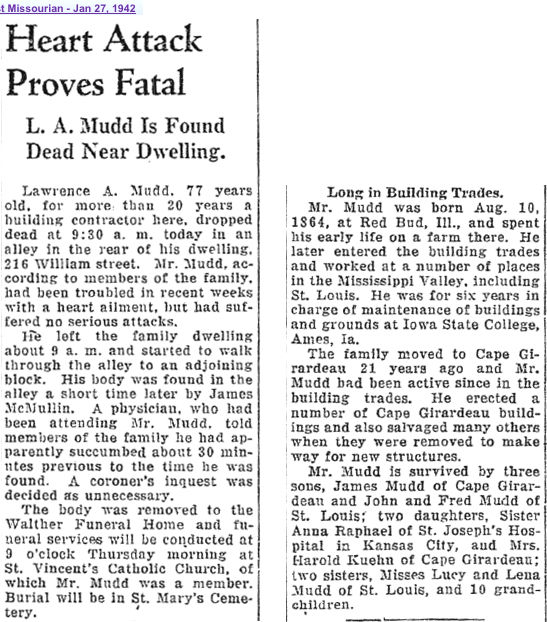