Anyone who knows me well knows I don't take to change very easily. But sometimes change is necessary. At least part of the time, changes are good.

The change that I'm leading up to is one history buffs will see next Tuesday, when they go hunting for our weekly Mystery Photo Gallery.

After a year of presenting you with unidentified pictures taken by longtime photographer G.D. "Frony" Fronabarger -- and after obtaining information on around 100 images -- we're changing things up a little. Instead of complete mysteries, the photos you will now find in the new Pictures of the Past galleries are only partial mysteries.

We may recognize where a picture was taken, but not who the people are. Or we spot a face we know, but have no idea when the photo was made.

One of the photos featured in Mystery Gallery #20 probably set something of a record for the number of comments received. It showed a line of men throwing darts. Through your comments, we learned where the picture was made and who most of the men were. Recently, while researching the "Out of the Past" column, I found the photo and the story it illustrated: 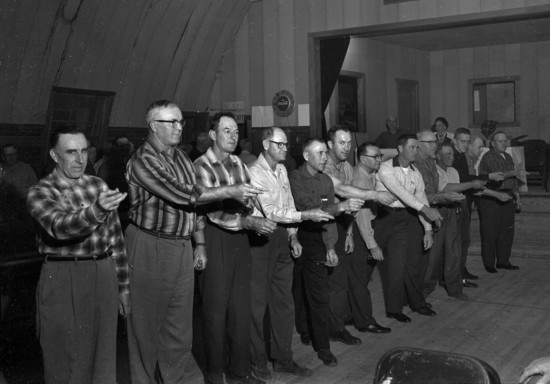 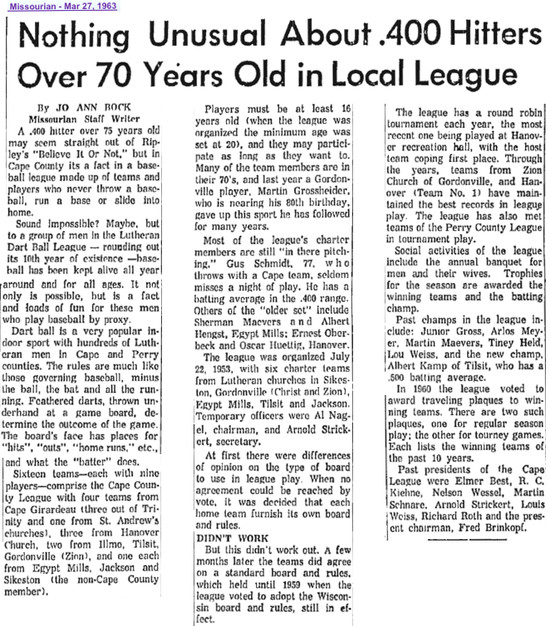 We hope you'll enjoy the Pictures of the Past galleries, and we look forward to hearing your comments about them.