The Art of Printing

Cape Girardeau has become a town of murals, from Jake Wells' magnificent painting at Kent Library on the campus of Southeast Missouri State University, to the colorful tales told on on our mighty floodwall.

But my favorite murals are, literally, just outside my office wall on the east side of the Missourian building.

Unveiled in August 1947, the two murals are made of 6-inch-square tiles and measure 8 x 10 feet each. They were manufactured by the Mosaic Tile Co. of Zanesville, Ohio. From inception to installation, the murals took 10 years to complete.

The question of who designed the artwork has been a bit of a puzzle. But hand-written notes by my predecessor, Judith Ann Crow, seem to indicate that St. Louis muralist Ary Marbain did the design. (He also painted four interior murals that once graced this building, but are now at the Cape River Heritage Museum.) Marbain's paintings were  transferred onto clay tiles by Ruth Axline, an artist employed by Mosaic Tile.

They were then fired and brought to Cape Girardeau for installation. 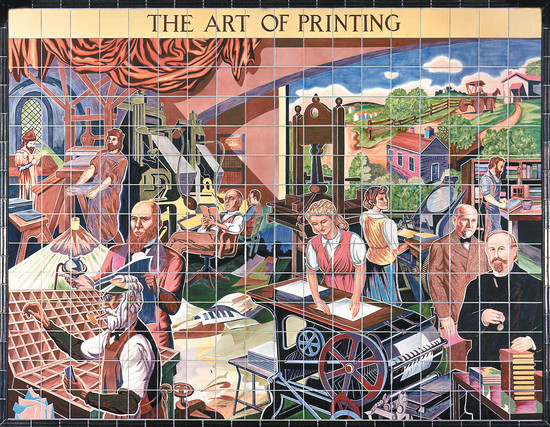 I thought it might be interesting to take a closer look at the figures that populate these pieces. First, THE ART OF PRINTING 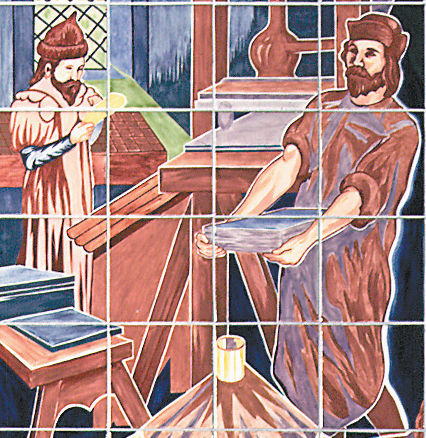 JOHANNES GUTENBERG, the inventor of mechanical movable type, is in the upper left corner working at his printing press. His various contributions to printing led to a practical method of mass-produced printed books. One of my greatest thrills was being able to examine a Gospel of St. John from a first-edition Gutenberg Bible, which at the time was housed in the library at St. Mary's of the Barrens in Perryville, Mo. 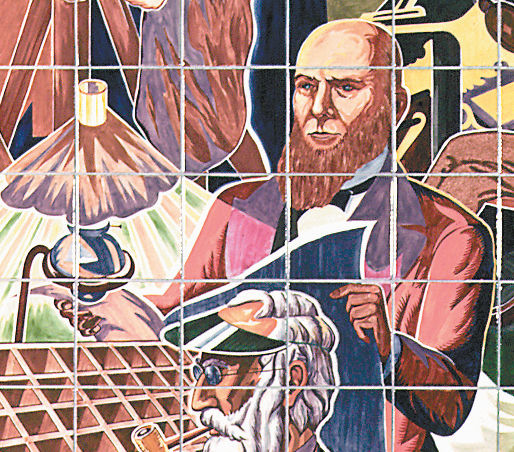 Behind a nameless typesetter in the lower left corner is ROBERT STURDIVANT, prominent banker, landowner, supporter of the county fair, and one of the first newspaper publishers in Cape Girardeau. His brother-in-law started the Cape Girardeau Patriot in 1836, but the following year Sturdivant became its publisher, running it for two years. 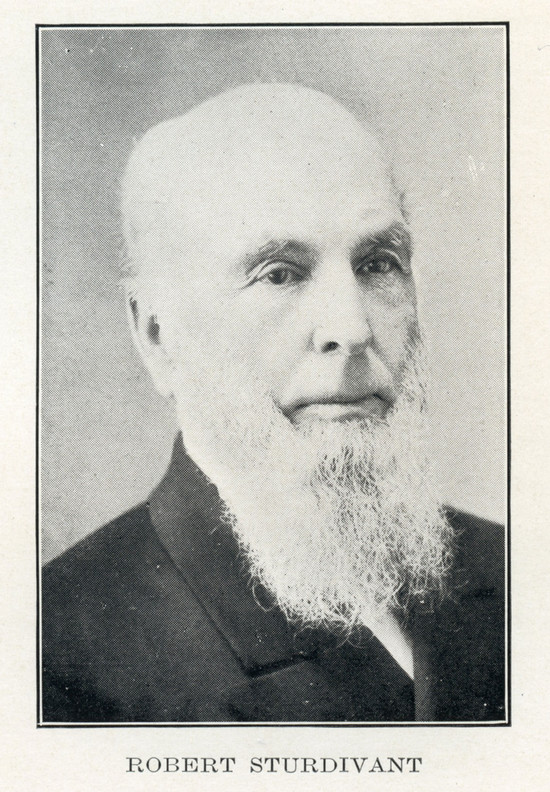 You tell me: Is the mural's image a good likeness? 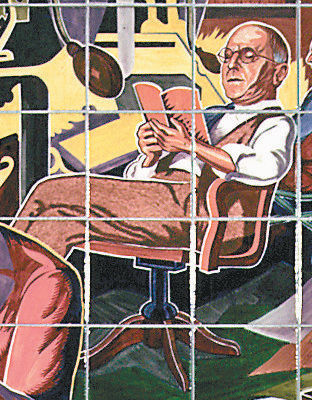 GEORGE NAETER is leaning back in his chair (a typical pose for him, I'm told) reading a book. Arrayed behind him is a row of Linotype machines. He was one one of the original publishers of the Missourian and had a long history in journalism. At the age of 15, he started his career on the weekly paper at Shelbina, Mo. From his start as a lowly apprentice, Naeter would become a master printer, working on newspapers in Atchison, Kansas; Omaha, Neb.; Denver, Aspen and Leadville, Colo.; San Francisco; Nashville; Birmingham, Ala.; Atlanta, Ga.; Evansville, Ind.; Chicago and Quincy, Ill., and St. Louis.

Aside from his duties as publisher of the Missourian from 1904 until his death in 1956, Mr. George was the historian of the three newspaper brothers. In doing my research for this blog and for the public, I often turn to his hand-written notes for inspiration. 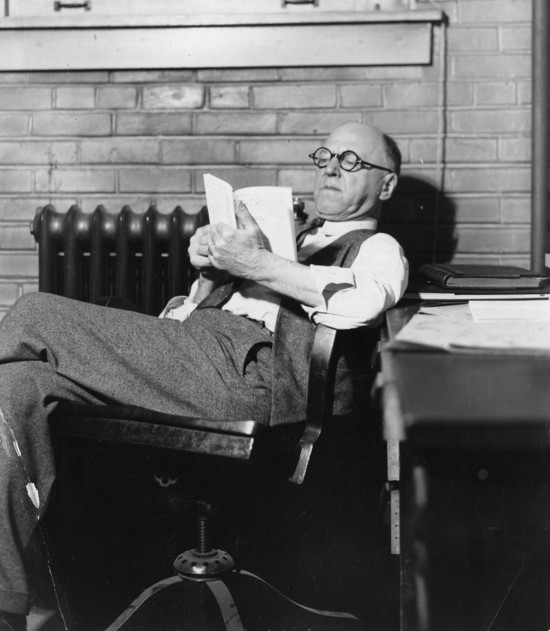 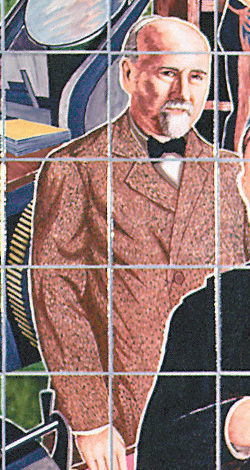 Standing to the right of the nameless woman feeding paper into a cylinder press is ALLAN H. HINCHEY. From 1908-12 Hinchey was associated with the Southeast Missourian, being one of its earliest city editors. Although a brief period, his time working for and with the Naeters developed strong bonds between them.

Even at the time of Hinchey's death in 1934, he was considered part of the Missourian family. In an editorial published May 26, 1934, the Naeters remarked upon the ties between Hinchey and the newspaper: "Mr. Hinchey ... grew to be a part of The Missourian and to his last he was a part of it. The newspaper was an inspiration to him and he was an inspiration to it... Mr. Hinchey was one of us in spirit and he knew that as long as he lived we would depend upon him... So the most we can say is that a member of our family has been called to his reward, and if the reward is based upon the ideals that he practiced, he has been given a place close to the throne." 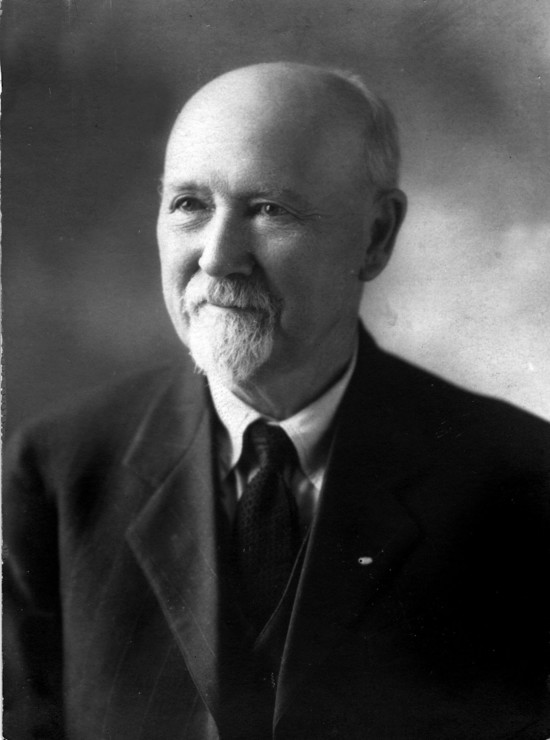 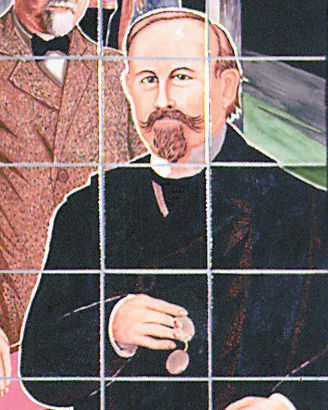 Finally, LOUIS HOUCK stands in front of Hinchey, with his hand on a stack of books. Houck was the son of a newspaper publisher and was a longtime supporter of the Naeters and the Southeast Missourian. In addition to his work as an attorney, a railroad builder and a member of Southeast's Board of Regents, Houck wrote a number of books, including the "Spanish Regime" and the "History of Missouri."

The Naeters had high regard for Houck, although the brothers didn't always agree with him and the public stands he took. At Houck's death in 1925, the Naeters eulogized him in an editorial: "We have lost the best friend we have had in Cape Girardeau. We have lost a friend who came and offered to help us at a time when he really didn't know us. We have lost a friend who came to us frequently and asked if there was anything he could do to aid us in our work. Could anyone have a greater friend?" 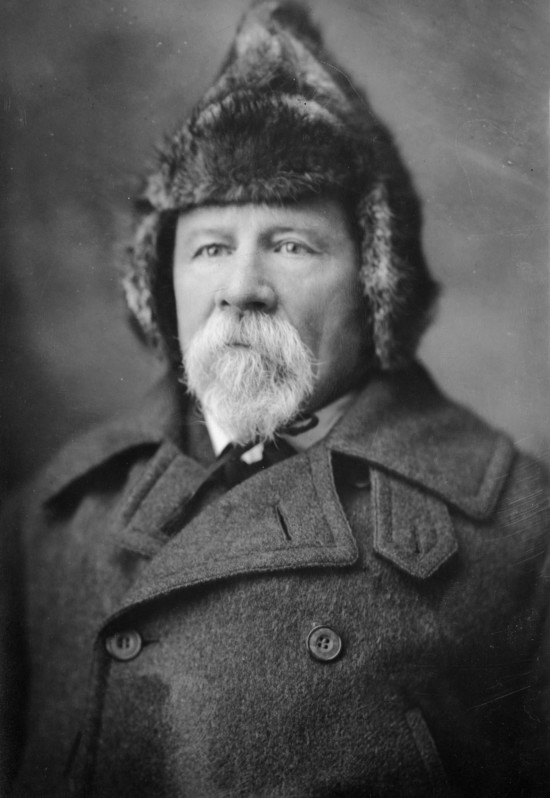 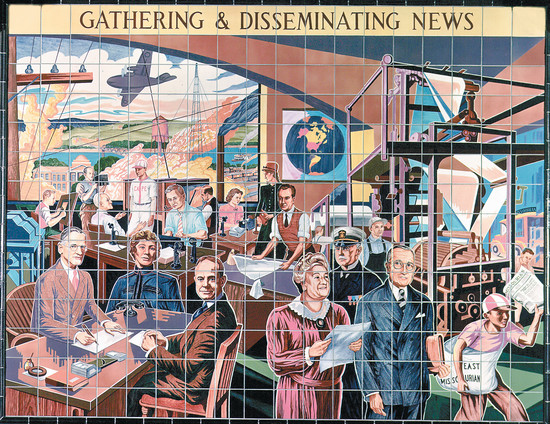