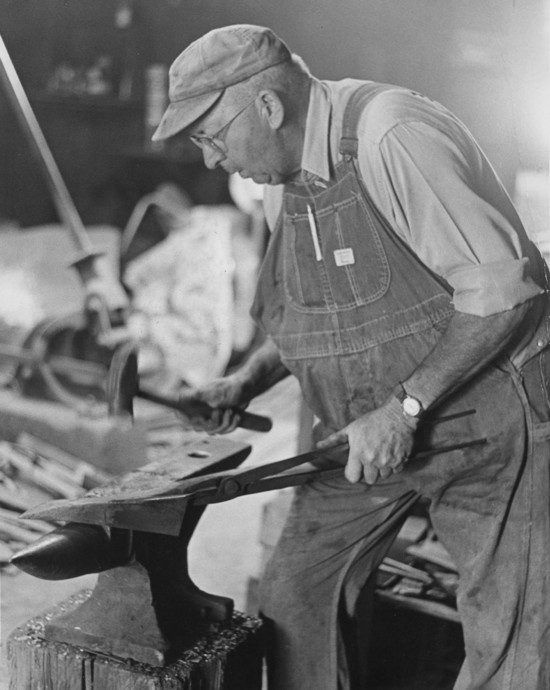 Growing up, my family lived in a two-story house on South Sprigg Street, just north of Tollgate Hill. Readers of a certain age will understand that reference. For youngsters, I should clarify that we resided in the 1200 block of South Sprigg.

Across the street from us lived probably the last of the old-time blacksmiths of Cape Girardeau: Frank Brockmeyer.

He was retired by the time I remember him, but he still had a small shop in his garage to make small repairs. I recall when our tired, old tricycle broke, Dad walked the two pieces to Mr. Brockmeyer. He returned a short time later with the tricycle welded whole again.

While rummaging through a 1956 edition of the Missourian, I spotted a story about early blacksmiths that mentions Mr. Brockmeyer. You'll notice that he's sporting a beard in this not-so-great photo. He apparently was taking part in the Cape Girardeau Sesquicentennial beard-growing contest. 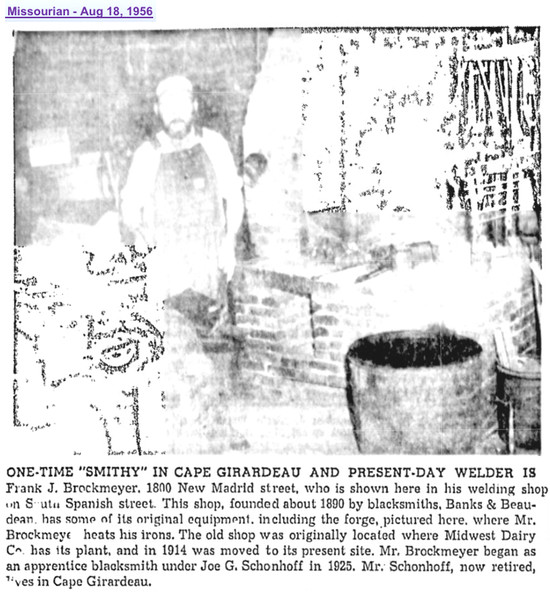 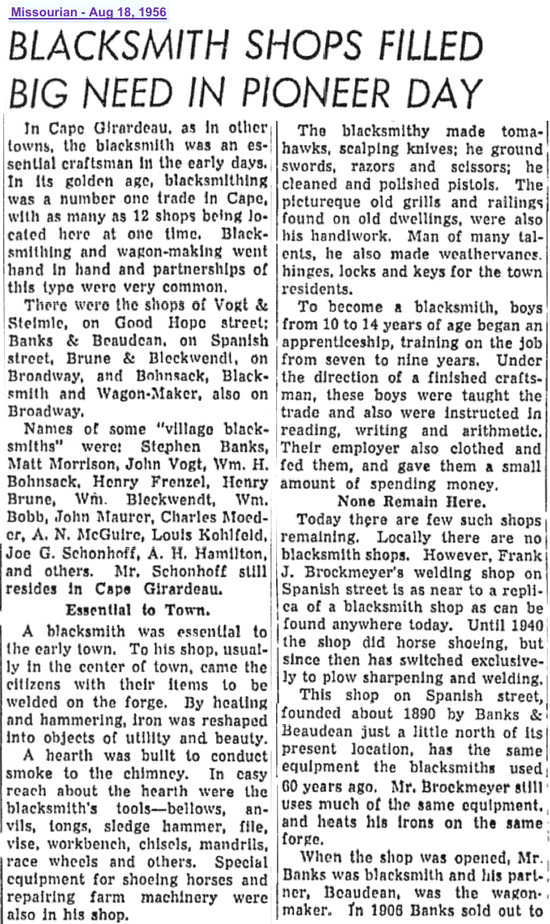 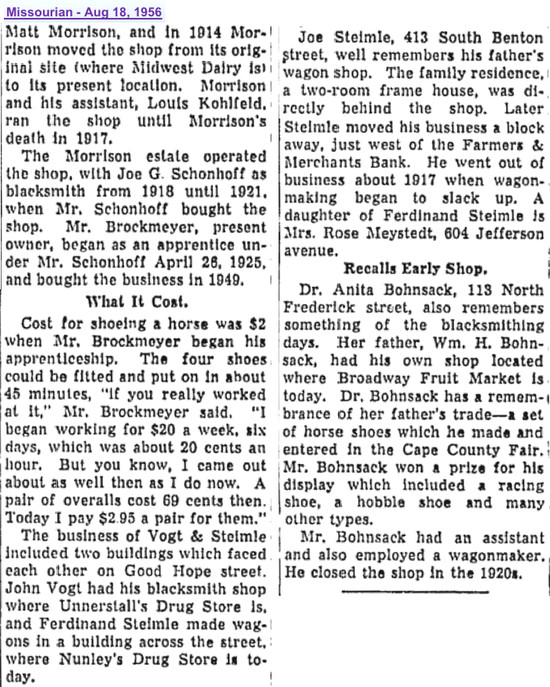 The photo at the top of this blog was made for an Aug. 23, 1967, feature story about the blacksmith by Kenneth Steinhoff. 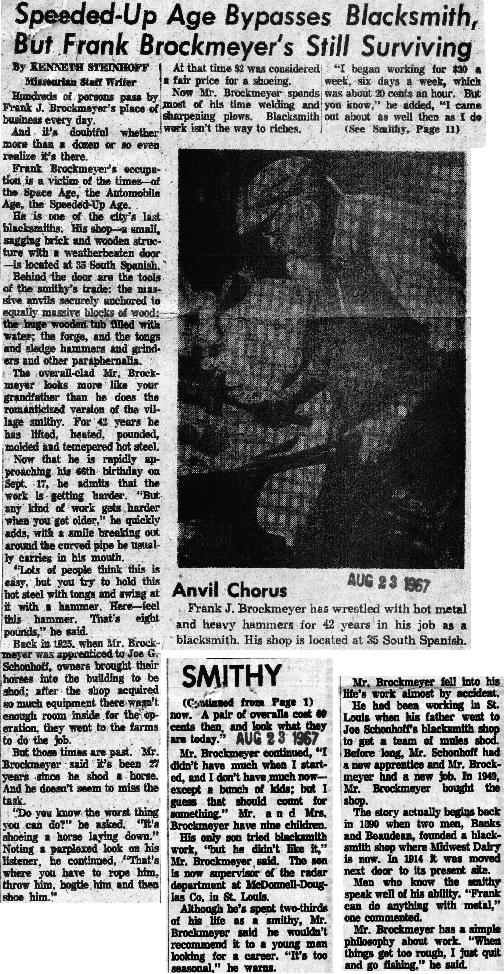 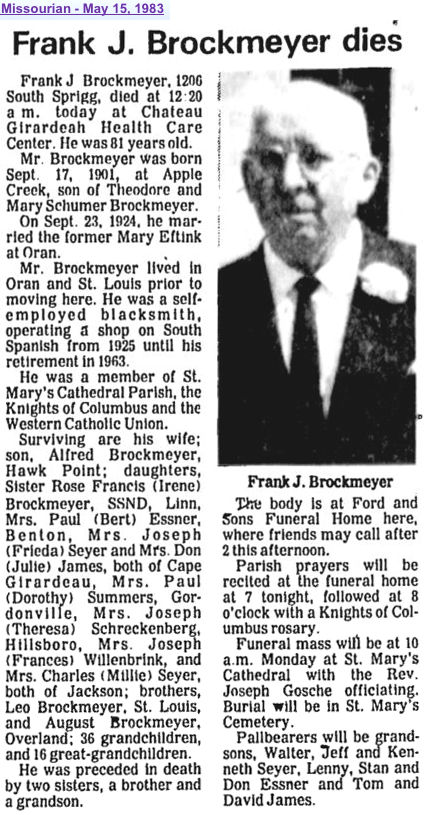