"Out of the Past" readers are treated daily to (what I hope they consider) interesting items that occurred 25, 50, 75 and 100 years ago. The column has been a staple of the Missourian since 1935, although it originally went under the name "Looking Backwards" and featured items from 10, 20 and 30 years previous.

As we begin a new year, I thought I would tease readers with a list of what you'll be reading about in the months ahead.

Jan. 5 Plans were announced for Central Hardware to open in Cape Girardeau.

March 22 Cape Girardeau City Council agreed to back a plan to save May Greene Garden from being turned into a parking lot by the federal government.

April 7 Ground was broken for the Veterans Home.

May 3 Federal government agreed with a plan to preserve May Greene Garden.

May 23 Southeast's regents approved a plan to move to Division I.

June 10 Remains of Lt. Co. Robert Gregory and 17 other servicemen lost in Vietnam War were returned to the States.

June 21 Missouri Electric Works was added to the Superfund list.

July 2 American Waterways Wind Orchestra, minus its floating stage, gave a concert at the band shell in Capaha Park. The river was too low for a riverfront concert.

Sept. 1 "News Guardian" was the name of a new newspaper established in Cape. Primary investor was Jim Drury. 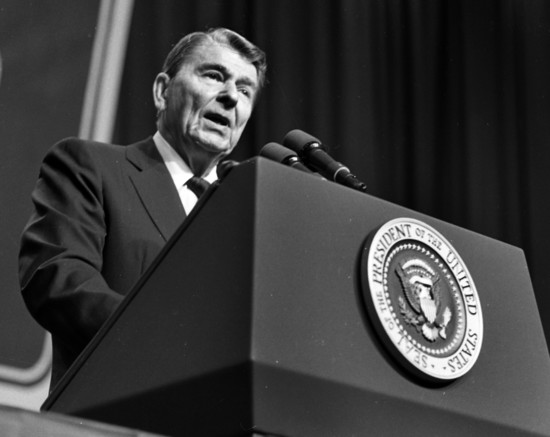 Sept. 14 President Ronald Reagan spoke at the Show Me Center.

Oct. 30 Organization of Cape Centre Chamber of Commerce was announced.

Nov. 8 Bill Emerson was re-elected to the U.S. House of Representatives over Wayne Cryts.

Dec. 18 Jim Drury, president of MidAmerica Hotels Corp., filed suit against the city of Cape challenging the legality of its restaurant tax.

Dec. 19 Inspection of a car belonging to university coed Jackie Lichte, who disappeared in January, gave no clues to her whereabouts. The car was found in the Mississippi River near Honkers Boat Dock.

Dec. 22 Three persons were killed when Saint Francis Medical Center Air Evac helicopter, transporting a youth who had been involved in an automobile accident, crashed and burned in a fog-shrouded field southwest of Cape.

At a guess, I would say the visit by Reagan here in September was probably the most remembered occurrence of the year. I worked that day, but I remember walking to Sprigg Street to watch the motorcade pass by.

Fifty years ago, 1963, was a blur for me. I turned 2 in July and don't really remember anything at all from the year.

May 4 Widening of Highway 61 through Cape was in full swing.

June 14 Housing plans were discussed for those to be displaced by construction of a new post office.

July 23 Work began on the final link of the flood-control system.

Aug. 3 The American Wind Symphony gave a concert on a barge tied at the Cape riverfront.

Sept. 8 The first section of Interstate 55 in Missouri was dedicated and formally opened. 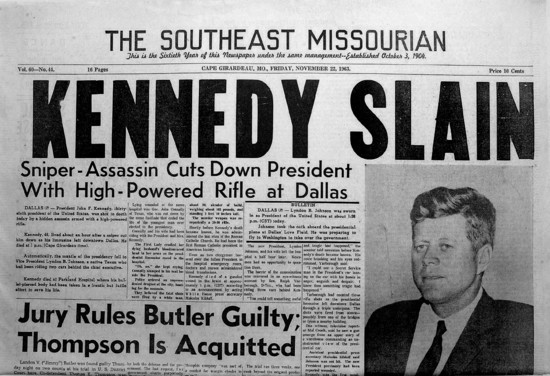 Dec. 2 Kingshighway from William Street to Broadway was opened to four-lane traffic.

Dec. 9 First stage of work on the new Crump lake was completed.

Dec. 11 The clubhouse at the Cape Girardeau Country Club burned.

Again, presidential news -- the assassination of Kennedy -- is obviously the most noteworthy happening for 1963. Did you know that he received the Last Rites from a Perryville, Mo., priest? If you read the "Out of the Past" column next November, you'll learn all about it.

1938 was a year of fresh starts for Cape Girardeau in education, business and religion.

April 14 The I. Ben Miller farm was sold to Dr. John Newitt of St. Louis. 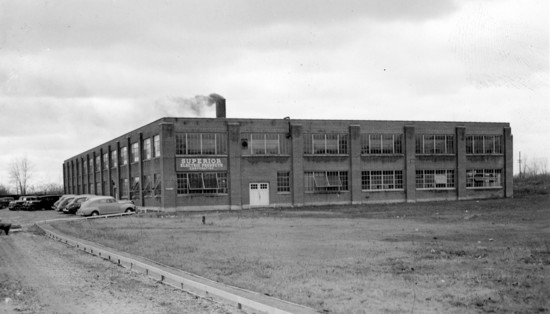 April 26 New factory building sponsored by the Cape Girardeau Chamber of Commerce was turned over to Superior Electric Products Corp.

May 3 Dr. Ivan Lee Holt was made bishop of the Methodist Church, South.

May 30 Ground was broken for an addition to Saint Francis Hospital.

May 31 Production began at Superior Electric.

June 5 Sundial in Courthouse Park was dedicated to the memory of W.F.D. Batjer.

Nov. 8 Cornerstone was placed for a new library building at State College.

Finally, 1913 saw the start of the construction of a new Catholic hospital on Good Hope Street and the end of Louis Houck's short-line railroads.

Jan. 20 Fairgrounds were offered to the city as a park.

June 3 Beckwith's Moundbuilders collection was given to Normal School. 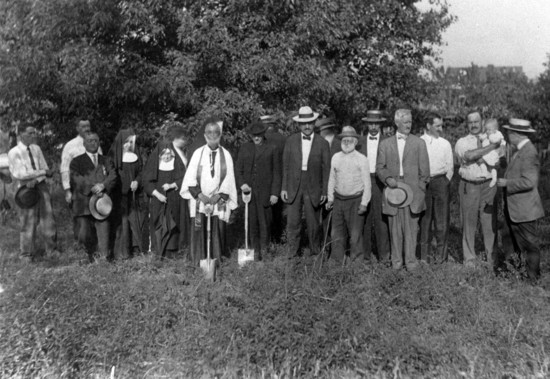 Aug. 26 Ground was broken for the new Saint Francis Hospital.

Oct. 12 Cornerstone was laid for the new Saint Francis Hospital.

I hope something in this long list has sparked your interest and that you, too, will become a loyal reader of the Missourian's "Out of the Past" column.