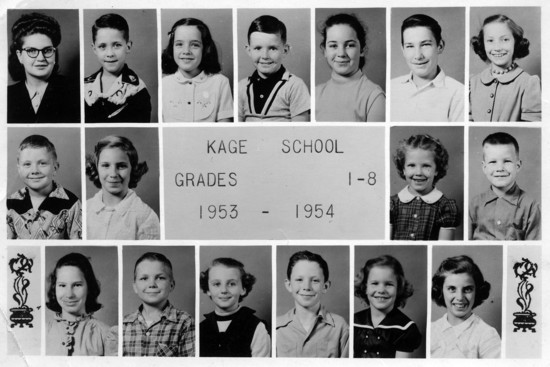 I know this, because Roger King of Jackson submitted the above school photograph to the Missourian a few weeks ago. He's hoping that someone will be able to identify these children and the teacher.

The school district marked its 100th anniversary in 1954. An article published on the occasion declared it was one of the oldest rural schools in the county. While the district itself was organized in 1854, the building that still stands on Kage Road wasn't constructed until 1880. Here's the 1954 anniversary story: 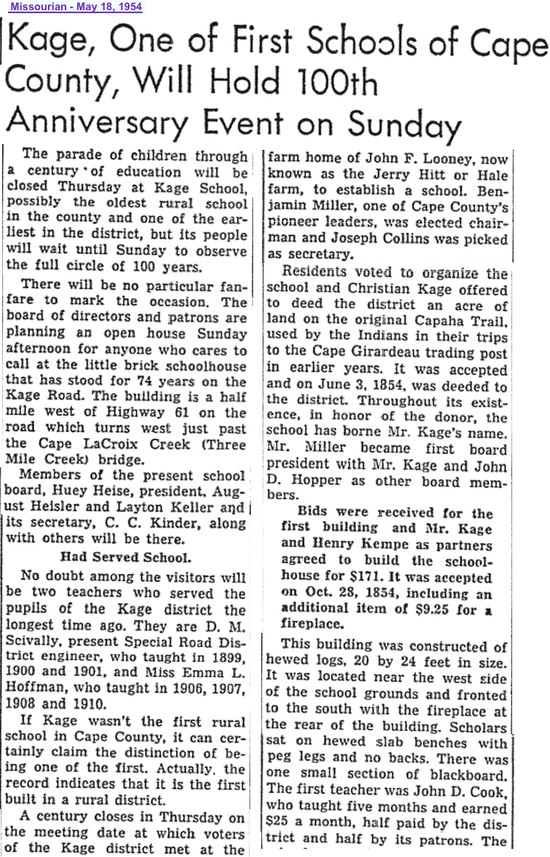 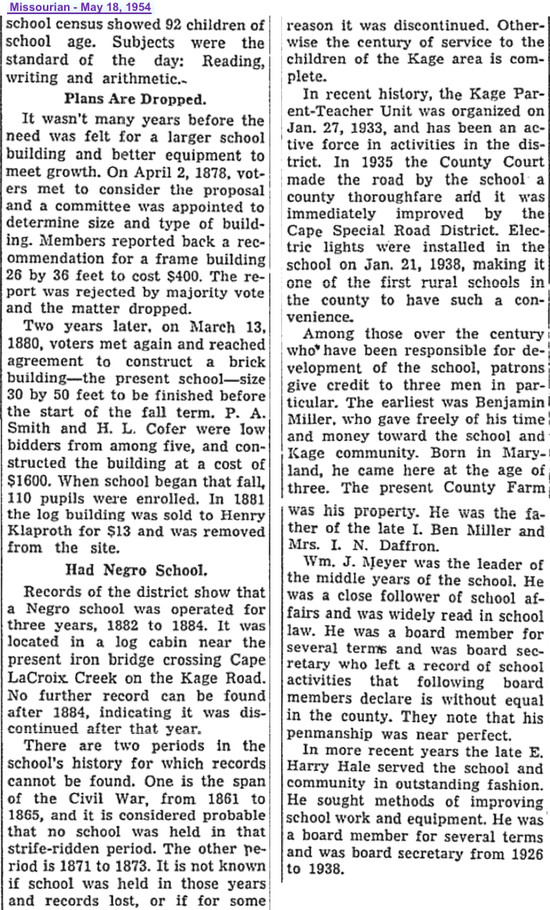 Kage School continued to operate until 1966. Although the old building was added to the National Register of Historic Places in 2005, it continues to slowly deteriorate.

If you recognize any of the students or the teacher pictured above, drop me a note. Mr. King is anxious to have them identified.