G.D. "Frony" Fronabarger took this interesting shot from the Himmelberger-Harrison Building on the northwest corner of Broadway and Fountain Street in 1946. 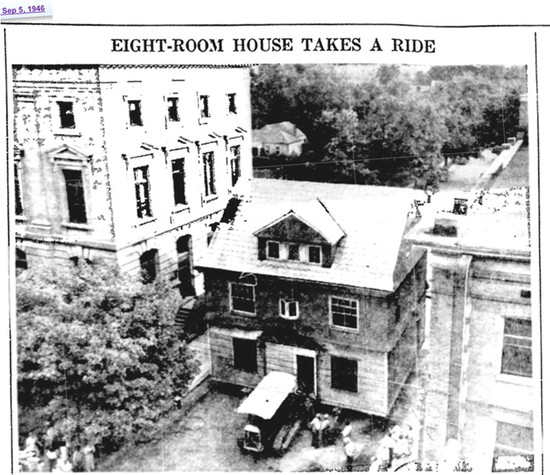 The house is in the middle of Fountain Street, between Broadway and Independence Street. Towering to the left of the house is the old Federal Building and to its right is the Hotel Idan-Ha.

This is the caption that accompanied the picture on the front page of the Sept. 5, 1946, edition:

On its way to a new site, this eight-room house, the rectory of Christ Episcopal Church, was "resting" today on Fountain Street awaiting the big push tonight across Broadway and thence to the Washington Avenue site, where it will be located. This picture made from atop a nearby office building, shows the tractor used to pull the house which is mounted on rollers, and the post office building in the background. Due to the height of the house, 35 feet, electric and telephone wires on Broadway had to be cut to perform its passage.

I've always been fascinated by house moving. Television programs that feature such exercises always seem to make them look easy. But the move of this old rectory was anything but a cakewalk.

Here is some of the Missourian's coverage of the difficult move. 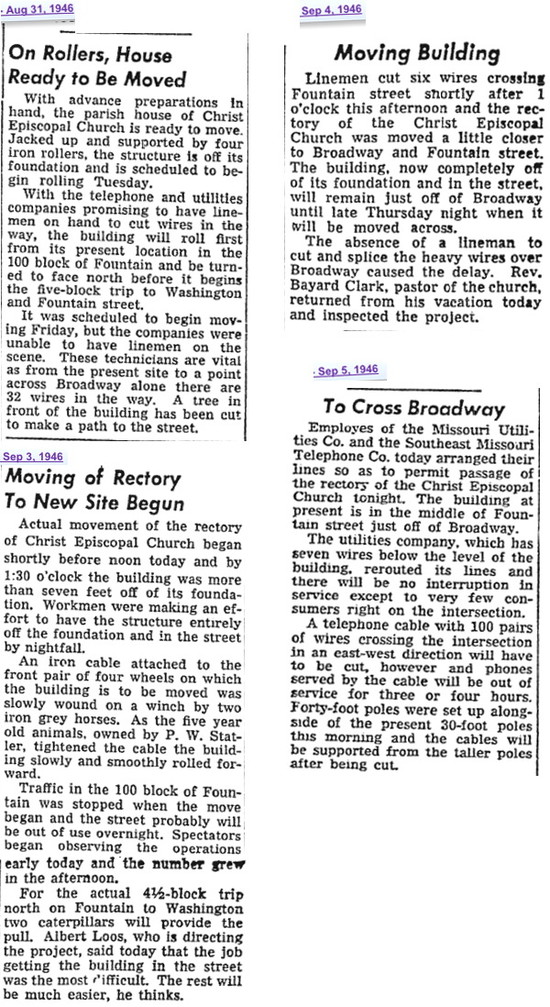 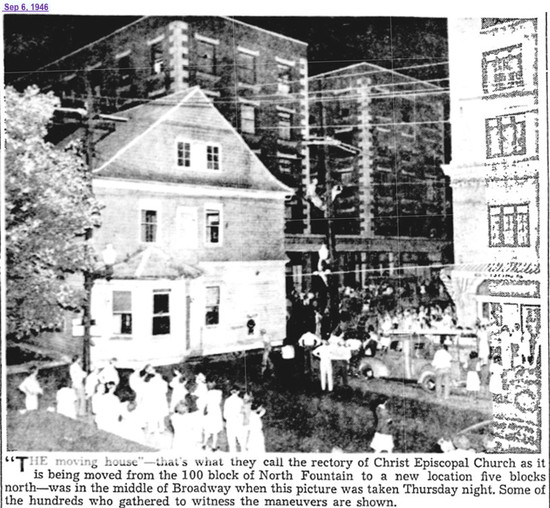 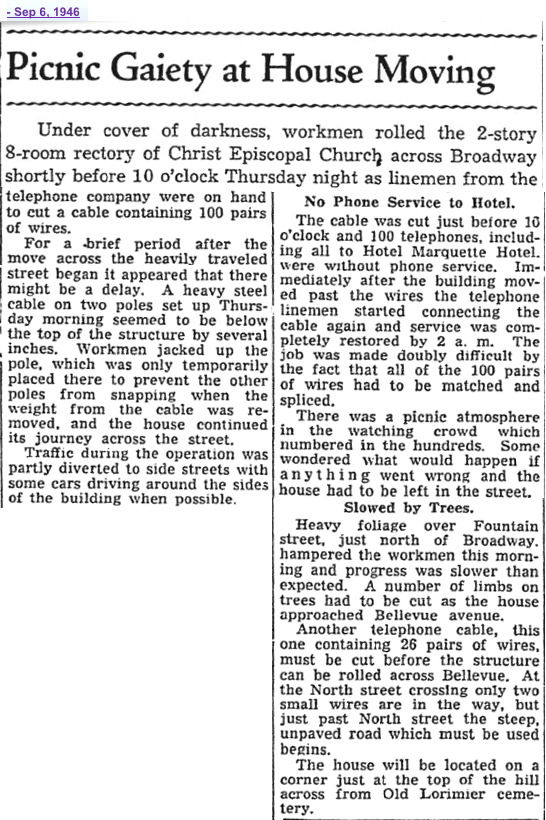 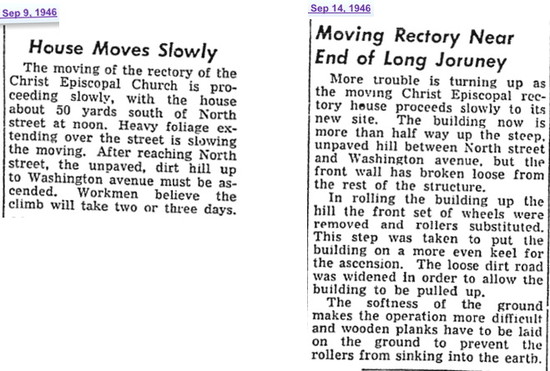 The former rectory finally came to rest at its new location at 401 Washington Ave. In its place on Fountain Street, a new parish house was constructed adjoining Christ Church. It was dedicated Oct. 10, 1948.