Despite my best efforts, I've been unable to locate a good photograph of the old Coca-Cola Bottling Co. on West Broadway. I've received many inquiries about the building, mostly in connection with the structures that were formerly in the neighborhood of McDonald's and Pfister's. The best image I've found of the Coca-Cola plant is this advertisement from Dec. 31, 1941, shortly after the building was constructed: 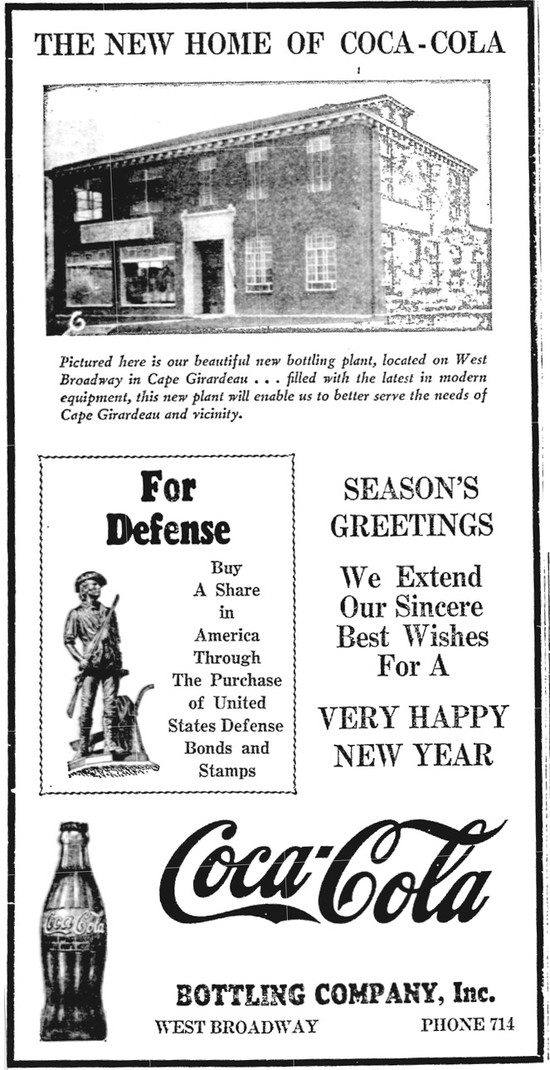 Alvin D. Milde of E. Milde Bottling Works of Jackson and J.R Hoffman of Milde Bottling Co. of Charleston, Mo., acquired a Coca-Cola franchise in January 1925, when they purchased the Coca-Cola plant located on Water Street in Cape Girardeau: 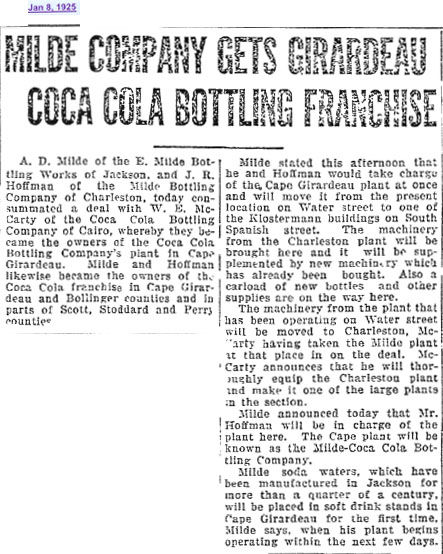 The Milde "soda water" firm was founded in 1894 in Jackson by Emanuel Milde Sr. His sons -- the above-mentioned Alvin D. and Emanuel Jr. -- operated the company after the founder's death in 1900. Alvin Milde took over sole management after his brother's death on Jan. 5, 1923.

Alvin  seems to have cornered the soda-manufacturing business in Cape Girardeau with the purchase in 1926 of Cape Bottling Co., 228 N. Pacific St. That firm was started in 1898 by Col. George Thilenius. His grandson, Arthur W. Thilenius, eventually took over management of the plant, even serving in that position under the Milde family. (The Milde family sold the Thilenius plant back to Arthur Thilenius in 1943.)

In 1940, construction began on a new Coca-Cola Bottling Co. facility at 2027 Broadway. The two-story structure was estimated to cost between $30,000 and $40,000. It was completed in the spring of 1941 and operated at that location until the 1960s under the management of John Robert Hoffman.

A 1985 Missourian article states that Charles Sander became the company's chief operating officer in 1966 and that year consolidated the Cape Girardeau operation with that in Jackson. This conflicts with a June 1969 article that states the Cape Girardeau plant had merged with the Jackson plant "a few months ago."

I believe the Cape Girardeau plant stopped operating in 1969, as City Directories still listed Coca-Cola on West Broadway through 1968. 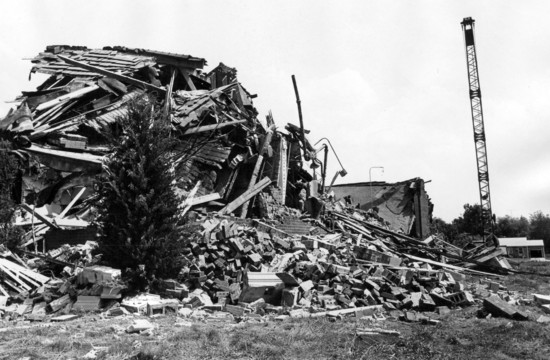 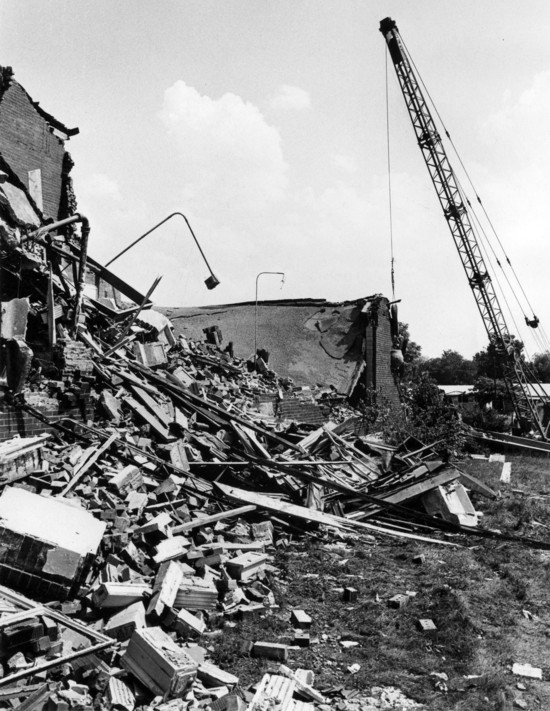