Charlie Herbst and his uncle, Bob Herbst, were kind enough to help me gather information on a relative of theirs, John Leonard Brown.

What stirred my curiosity was this front-page story about Brown published July 20, 1937: 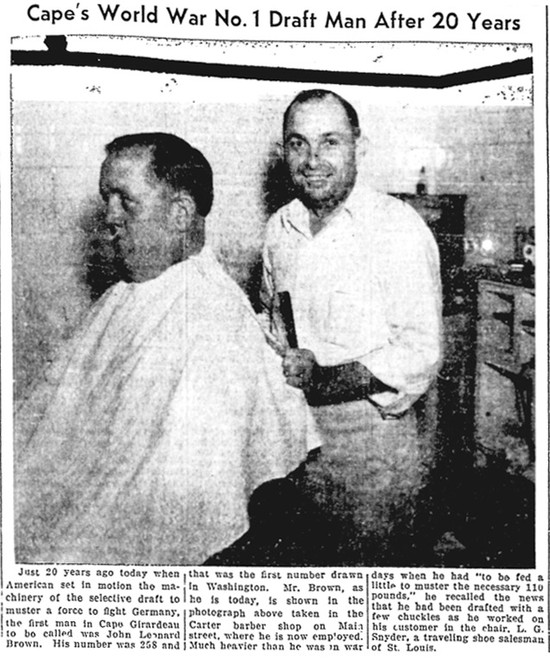 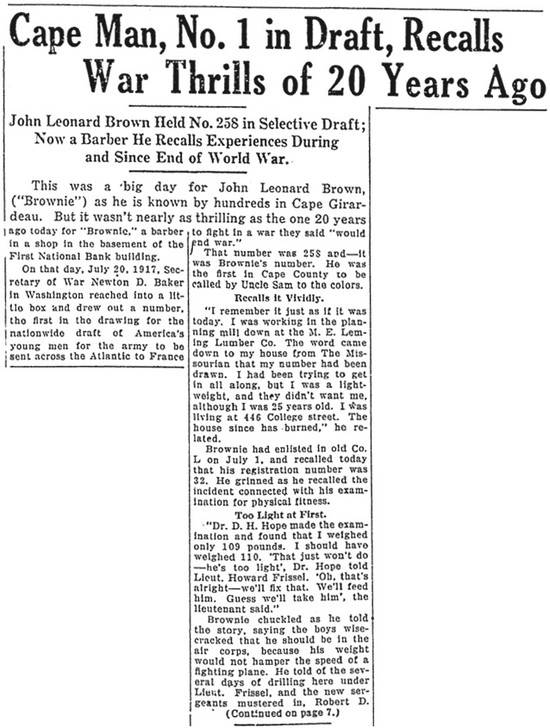 Curious to know the names of the other men Uncle Sam called to military service July 20, 1917? I was. Here's how the story was presented that day in The Daily Republican (now the Southeast Missourian): 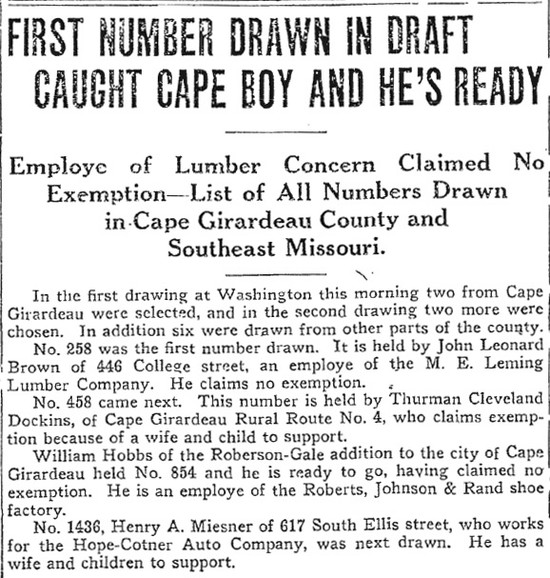 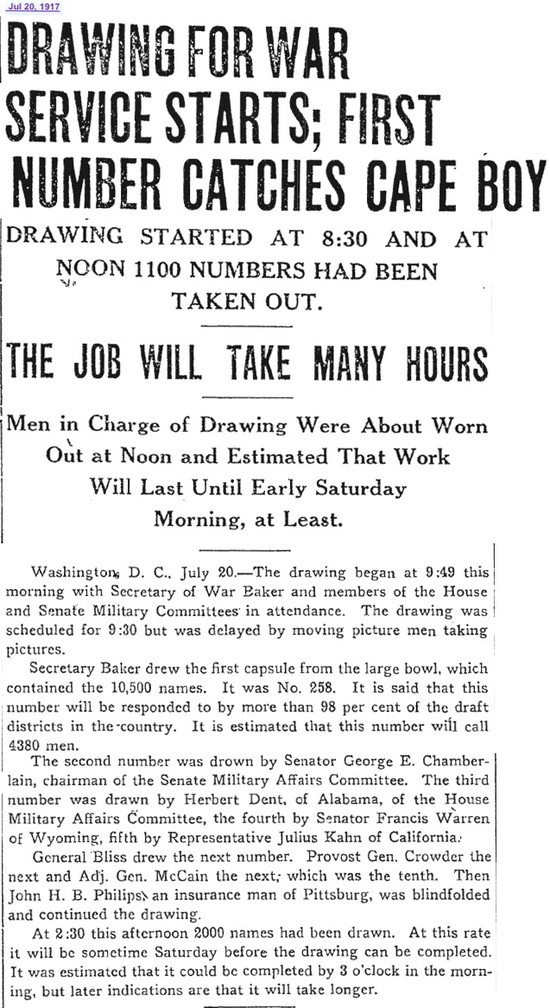 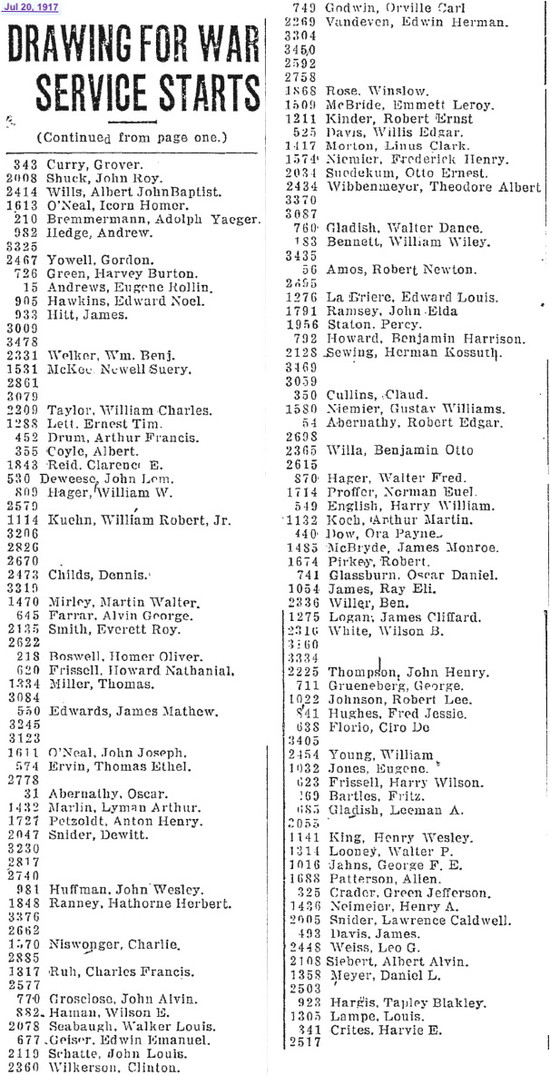 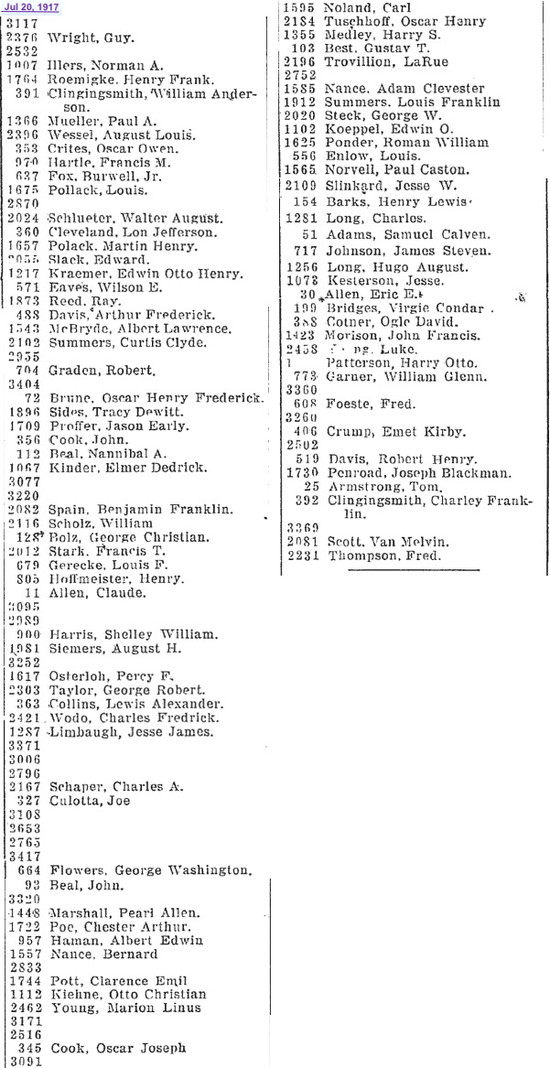