3 police chiefs in one year

As the city of Cape Girardeau prepares to search for a new chief of police with the retirement of Carl Kinnison, I took the time to glance at the list of marshals and chiefs who have served this community since 1905. Click here to see the full list: http://www.semissourian.com/story/1820178.html

Finding the right man for the job has sometimes been a trial. But nothing in Cape's history can compare to the year 1937, when three men wore the chief's badge.

The first was Herbert Wickham Jr. He became chief in April 1936, taking over the job from Edgar Hirsch:

Wickham held the post until June 1937, when he resigned to join the Missouri State Highway Patrol. Shortly after that, the chief's job went to Paul McNeely. 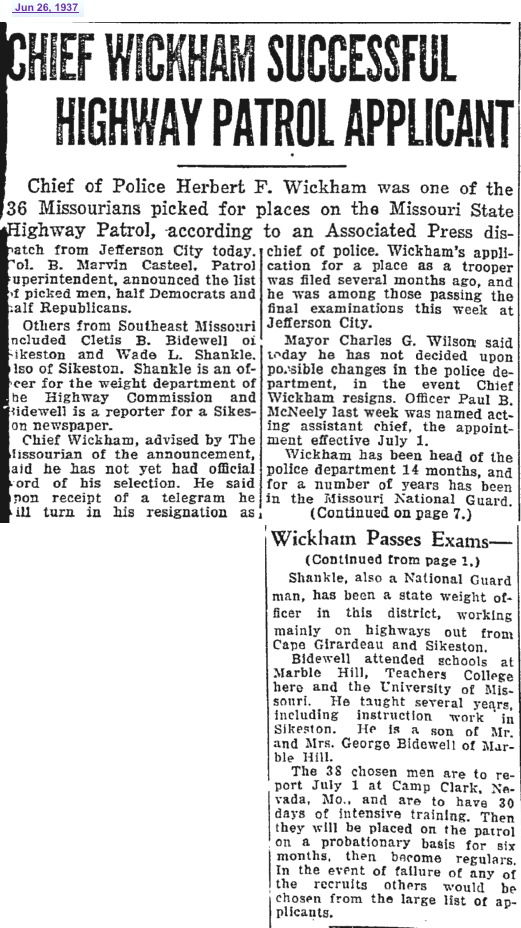 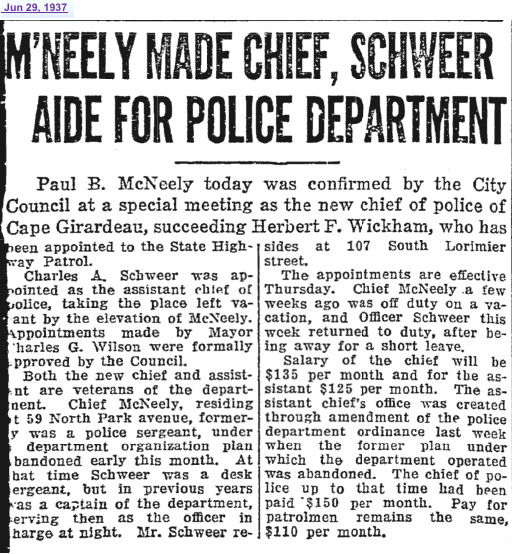 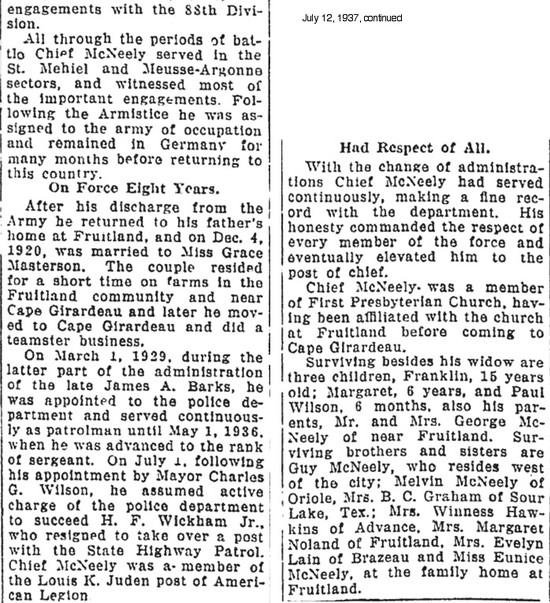 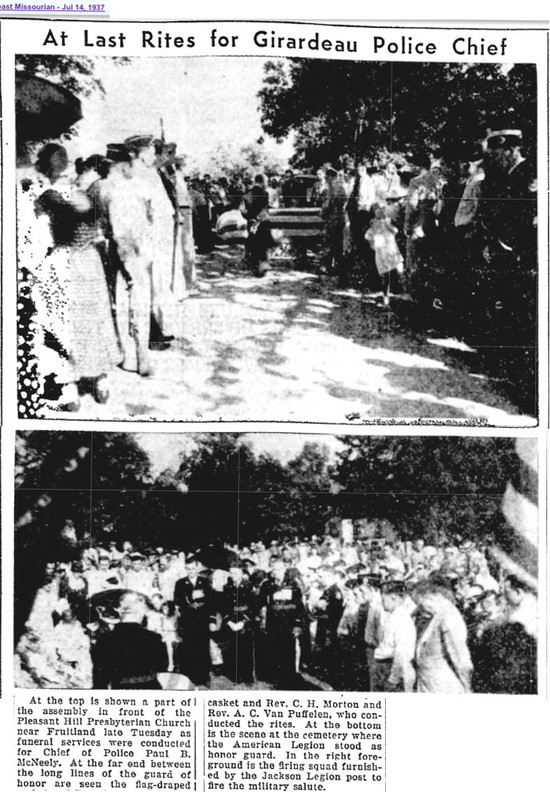 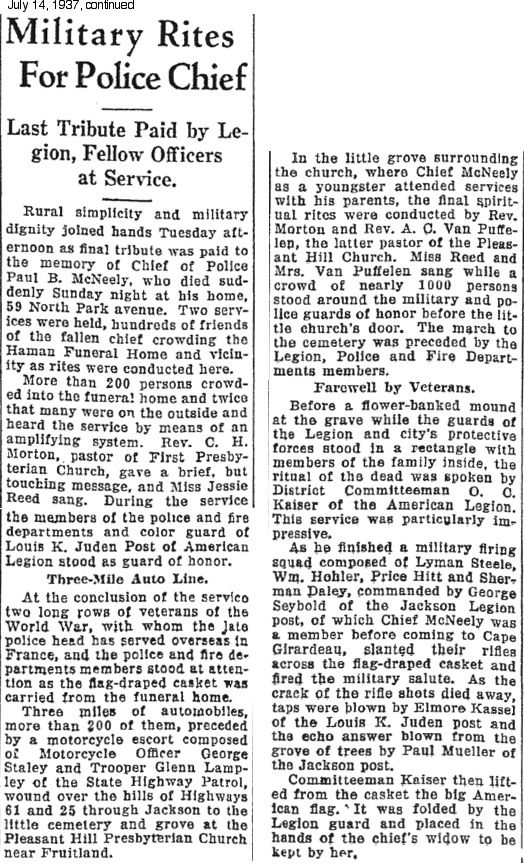 Schweer remained at the helm of the police force until the following year, when he was replaced by...