On occasion, I'll put together lists. Lists of the names of Cape Girardeau fire chiefs, police chiefs, mayors, university presidents, etc. The hard part is making sure you have all the names and their corresponding years of service.

Someone suggested I do the same for Cape Girardeau public school superintendents.

What I found surprised me.

According to a 1924 article, no records existed for school superintendents prior to 1898. (This isn't entirely accurate, as a list published in the Bicentennial Edition in 1976 supplies the names of earlier officials.) 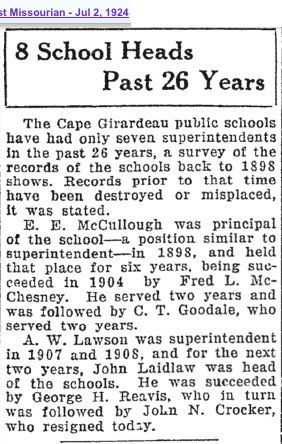 The work of educators has changed over the years, and what we consider now to be the duties of the superintendent were handled by the Cape Girardeau school principal.

Yes, school singular. This apparently referred to the principal of Lorimier School, which taught the white children of the community their numbers and letters. Lincoln School filled that function for black children and in 1898 was under the excellent guidance of John S. Cobb.

What prompted the review of this bit of school history by the newspaper was the resignation of John N. Crocker: 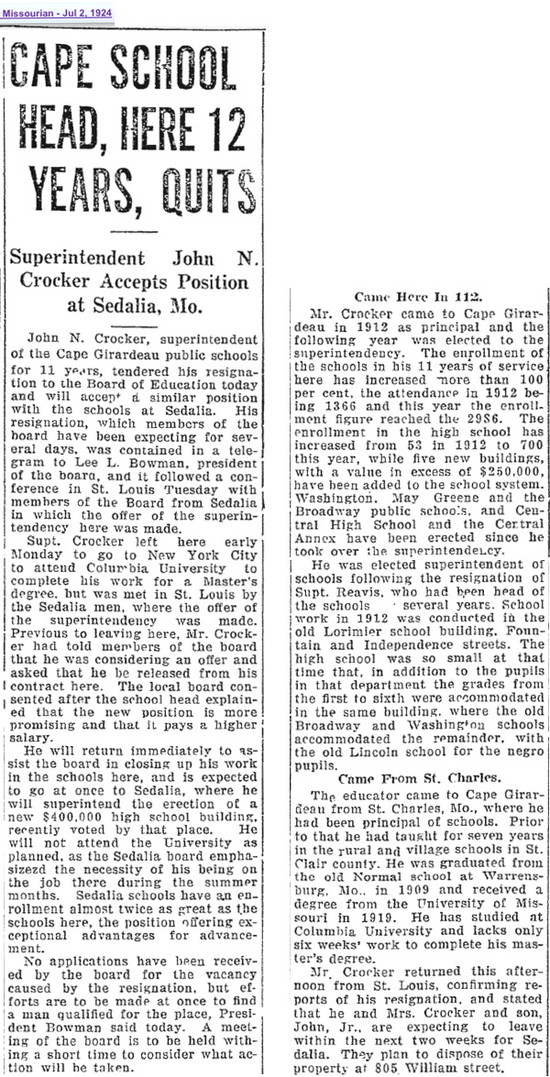 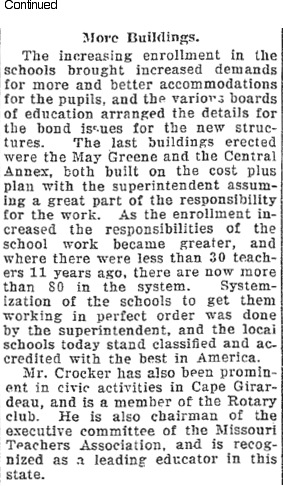 A dozen years as a superintendent in Cape Girardeau is impressive. But topping all others in the position was Louis J. Schultz.

Schultz, who had been a principal at Central High School, was hired as superintendent in 1935 and continued to serve until 1962. Here's a portion of the story about the school board's decision to promote him to head the district:

Here, then, is an updated list of superintendents of Cape Girardeau Public Schools:

I'd welcome your suggestions of other historic lists you would like me to research.

In the comments section below, Tony Smee reminded me of a photo he sent me a while back. Written on the front of the picture are these words:"City superintendent and principal of 1st Ward Public School, Cape Girardeau."

Chances are good that this nameless photo is one of the men listed above. We just don't know which one.

If you have any clues to his identity, I hope you'll share them with us. 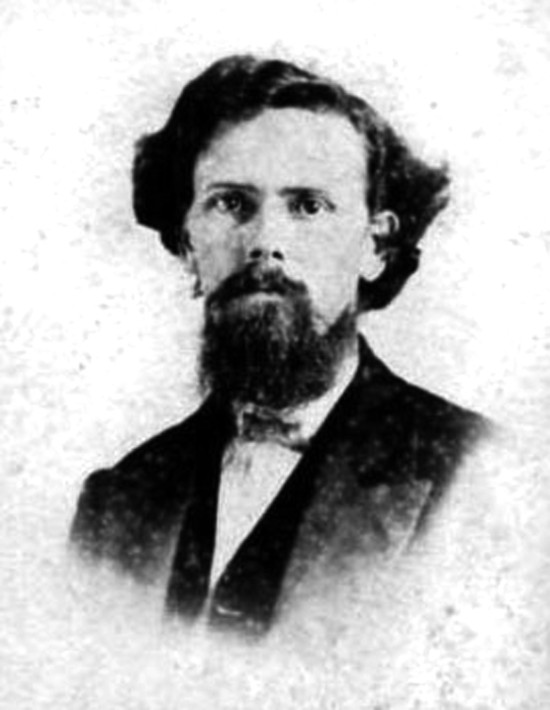