Another Independence Day has come and gone. In Southeast Missouri there were plenty of opportunities to spend time with family and friends, enjoying a picnic and oohing and ahhing to fireworks displays.

Picnics and fireworks seem to be a long-running tradition in Cape Girardeau. The earliest newspaper stories I found of the holiday mention the two, usually combined with band concerts and, of course, a Capahas' baseball game.

But, turning to a more serious note, I thought it would be good to reflect on the meaning of the holiday and this great nation's foundation. I've pulled several editorials and editorial cartoons that say things better than I can. 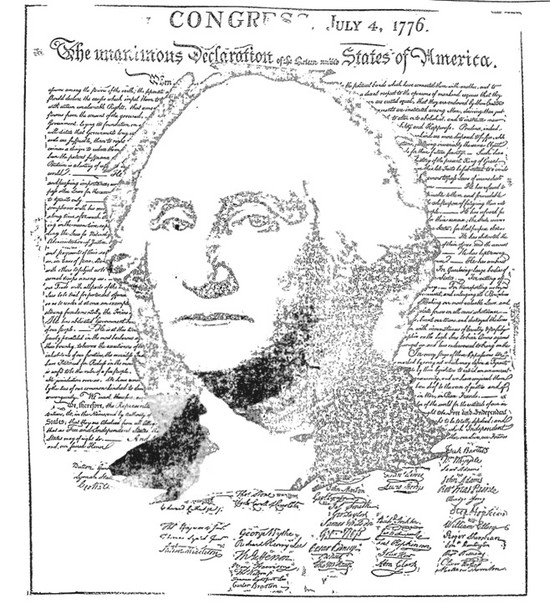 Published 1942, the first Fourth of July during World War II: 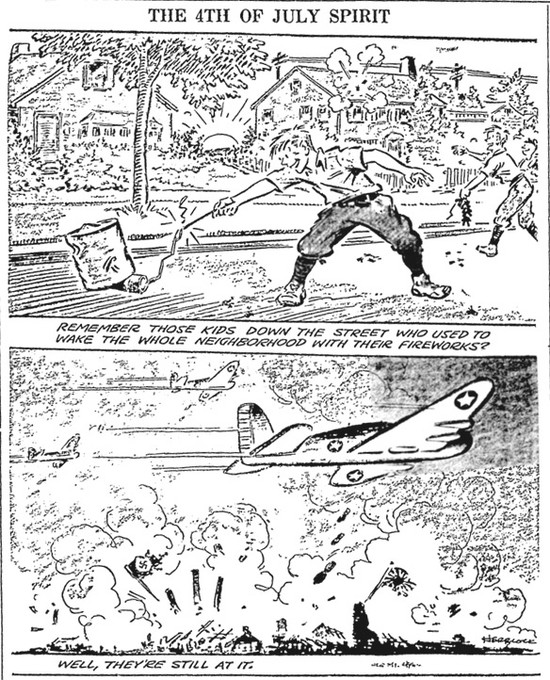 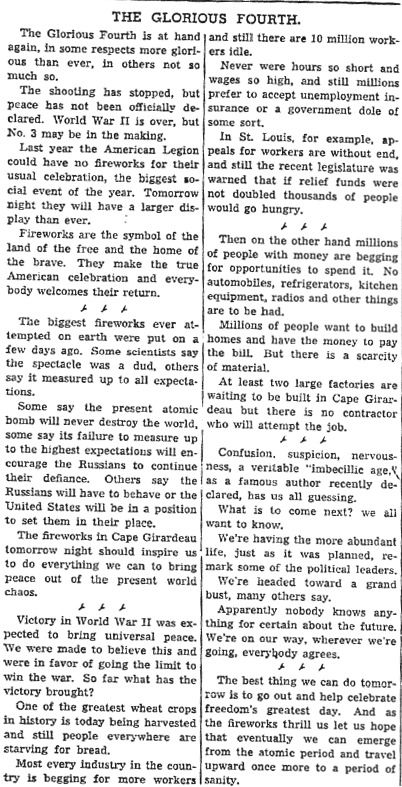 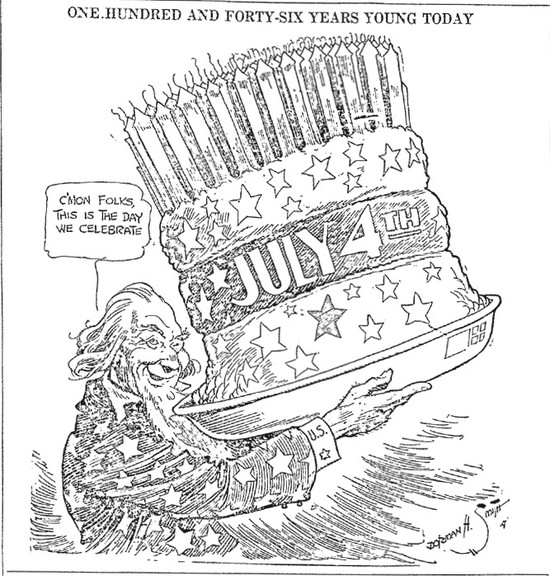 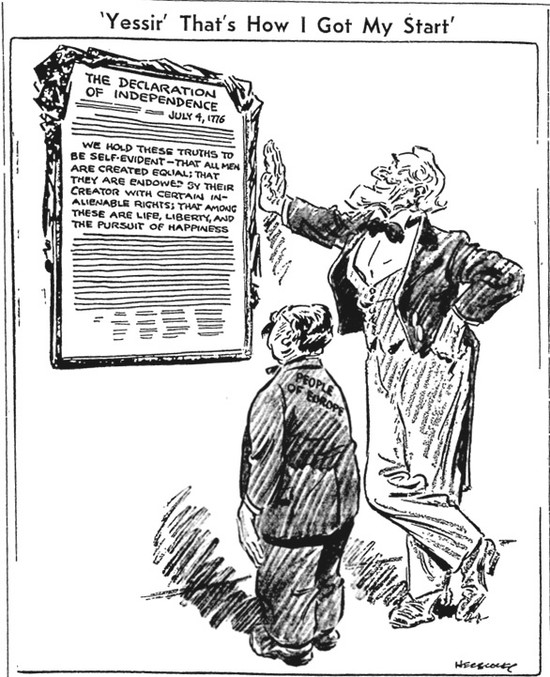 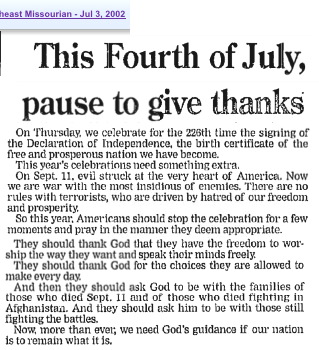