Did you know Cape Girardeau had its own movie? I had forgotten about it, until Fred Lynch reminded me recently.

The show was called -- fittingly enough -- "We're in the Movies." Sponsored by the Southeast Missourian, the silent 16mm movie was filmed in color in Cape Girardeau in just a week's time, beginning on April 28, 1940. On May 15, 1940, 3,762 Girardeans crammed into the Broadway Theatre in four showings to watch themselves and their neighbors on the big screen. 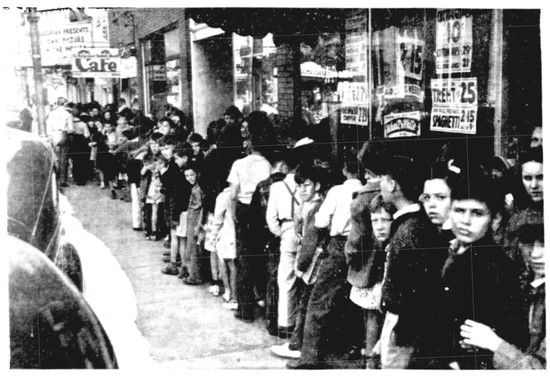 The plot seems a bit anemic, but what the movie lacked in story telling was more than made up in volume, as hundreds of people appeared in the show.

According to a Missourian article, director Bob Marshman chose a veteran actor to play the important role of Farmer Corntassel. Casey V. Ransom, a Cape Girardeau grocer, had appeared on the stage for 22 years as a comedian, playing to audiences in "every state in the Union, in Canada and Old Mexico," before retiring here.

Other primary members of the cast were also Cape Girardeau residents:

Jimmy Thompson -- Joe, Mary's fiance, who doesn't want her to be a movie star

A.S. Reed -- Lizette, who does her best to catch the eye of the director 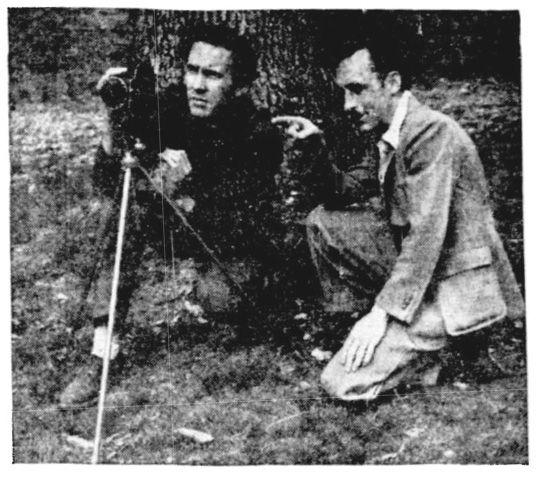 As shooting progressed, Marshman and his expert cameraman, Bill Moore, filmed at Cape Girardeau tourist spots and at a variety of industries, public buildings, business houses and residences. 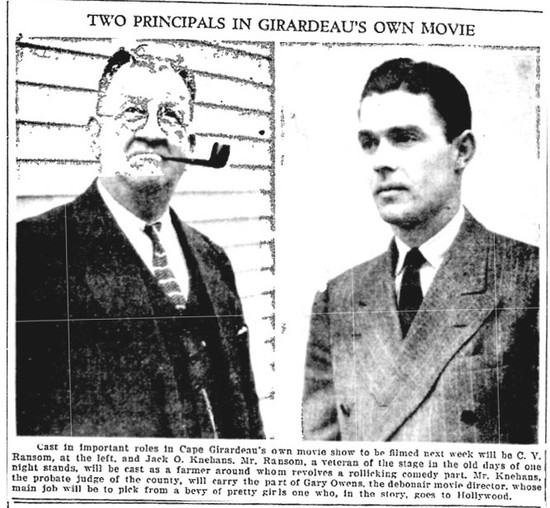 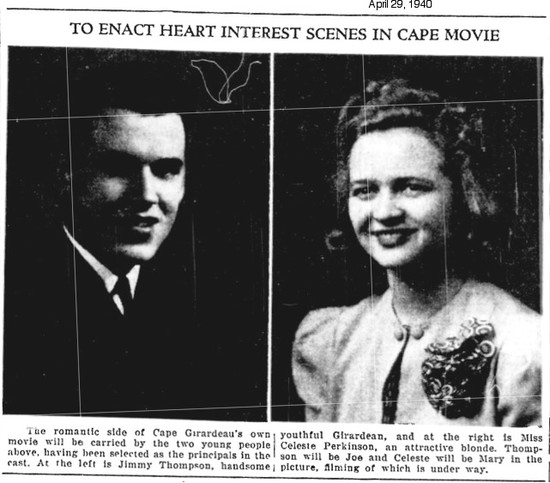 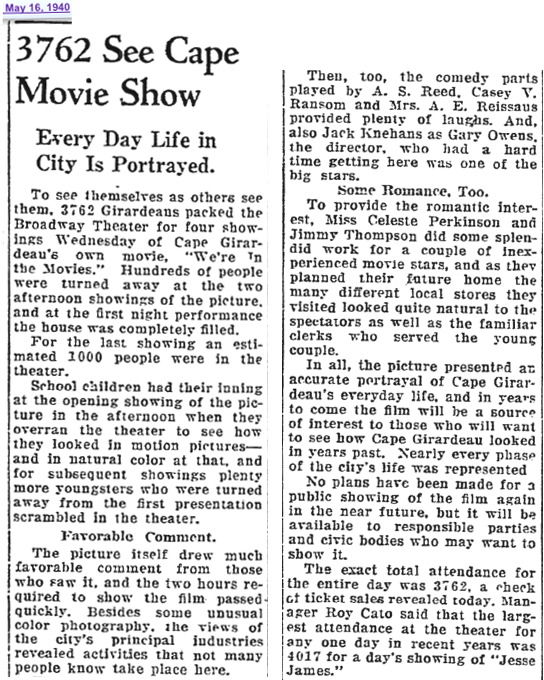 A search online for "We're in the Movies" reveals several motion pictures by the same name filmed in towns in the Midwest, including St. Clair, Marshall, and Ann Arbor, Mich.; Batavia, Ill.; Perrysburg, Ohio, and Tell City, Ind. All were made by the John B. Rogers Producing Co., of Fostoria, Ohio. It is my guess that the company had a set script that was re-written slightly for each town filmed.

While I'm sure the Cape Girardeau movie had a happy ending, it's doubtful we'll ever know for sure. As far as I can determine, no copy of the film has been preserved.

Still, perhaps the movie's actors and actresses are still around. Maybe they'll write in and tell us of the time they were in Cape's own movie.