For many years, Cape Cut Rate drug store was located in a three-story brick building on the southwest corner of Broadway and Sprigg Street.

Missourian archives show the building was constructed around 1871, possibly as William Theuerkauf's bakery. The 1871-72 City Directory lists his bakery at that corner. The book "Old Lorimier Cemetery" notes that Theuerkauf died in 1889, and that his daughter, Hermine Bremermann, purchased all of his "house and kitchen furniture, articles in the bakery and store and warehouse."

By 1893, Henry Martens was operating a bakery at that location with members of his family. Martens also used the upper floors of the three-story building as a hotel.

In 1902, the building was "extended and remodeled." Shortly after this, in 1905, Ed Dowling, an expert candy maker, opened a candy and ice cream factory in part of the building.

The Martens family apparently got out of the bakery and hotel business about 1910. The federal census for that year lists Henry as a teamster with a transfer company in Cape Girardeau.

A story from 1960 notes that the Model Grocery was opened at that location in 1915 by C.W. Braun, F.F. Braun and Robert Deevers. While at that spot, the grocery was in close proximity to three other markets: W.T. Hammonds Store, the Piggly Wiggly, and the Conservation Store. Finally, in January 1935, Model Grocery moved two blocks east to 721 Broadway.

Three years later, Max Blitstein moved his Cape Cut Rate drug store to 701 Broadway from 729 Broadway. At the time, the corner building was owned by F.F. Braun. (A second Cape Cut Rate store was at the southeast corner of Good Hope and Sprigg streets.)

Cape Cut Rate suffered two devastating fires at the Broadway-Sprigg Street location, the first in 1941 and the second in 1976. It was this latter blaze that finally spelled the end to Cape Cut Rate on Broadway. 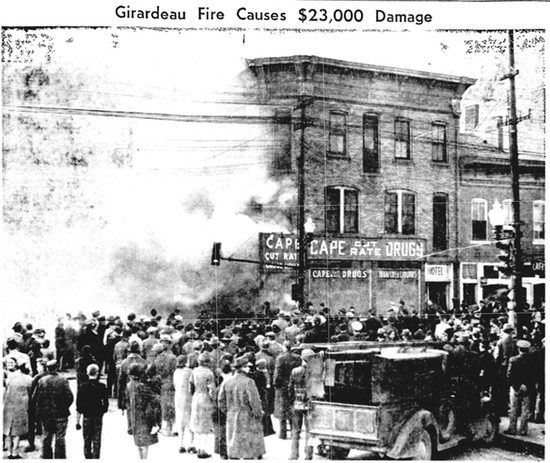 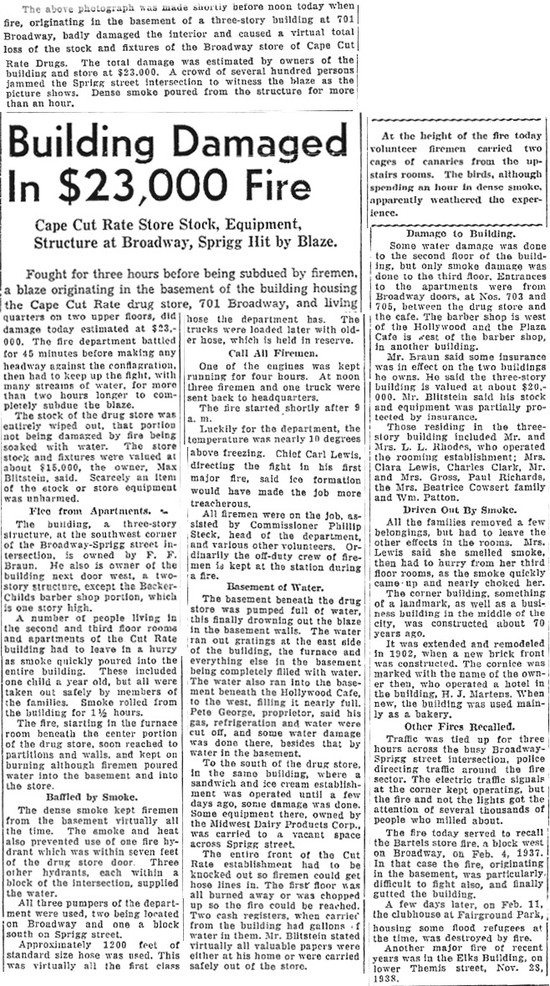 Cape Cut Rate continued at the same location, even updating the repaired building in 1961 with a new, modern front. But on Nov. 25, 1976, a fire that started near the furnace raged through the first floor that housed the drug store and forced the evacuation of the upper floor rooms of the Cape Hotel. Twenty or more residents were rousted from their sleep, as smoke poured into the upper stories. Only two of the residents were injured, as were eight firefighters.

All of the residents lost everything to the extensive smoke and water damage. The first-floor drug store was gutted.

The wreck of the once-proud structure remained standing for almost a year, until the owners had it torn down in October 1977. 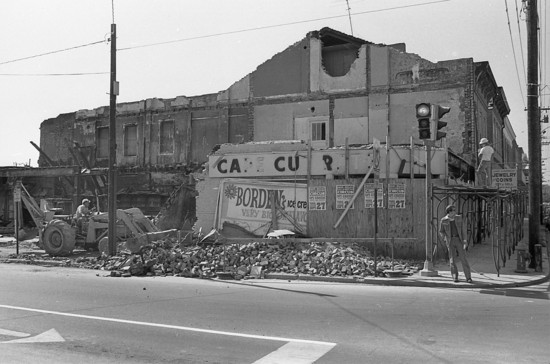 It gave way to the present building, which has housed Subway Sandwiches & Salads since May 1997.