At the beginning of this month, I used an item about the death of Quincy Adams Gray in 1937. His death was noteworthy because he was the first uniformed police officer in Cape Girardeau history. Here is his complete obituary from March 1, 1937:

There are some discrepancies concerning Gray's law enforcement career. Apparently he wasn't sure exactly when he started with the Cape force, one story saying 1902 and another 1904. The latter date, however, is probably correct, since Rodney Whitelaw didn't become mayor until 1903 and, thus, couldn't have hired him in 1902.

Gray paid for his own uniform and was expected to be on duty 12 hours a day, unless of course there was a circus in town. Then he worked 24-hour days at a rate of $50 a month. It's no wonder the exhausted man resigned after only 18 months of service!

I located two more articles about Gray from 1934. The first noted his visit to Cape Girardeau in January. This newspaper, at the time, was preparing to publish a 30th anniversary edition in the fall, and Gray was generous enough to loan The Missourian the picture of himself in uniform for inclusion in that publication. 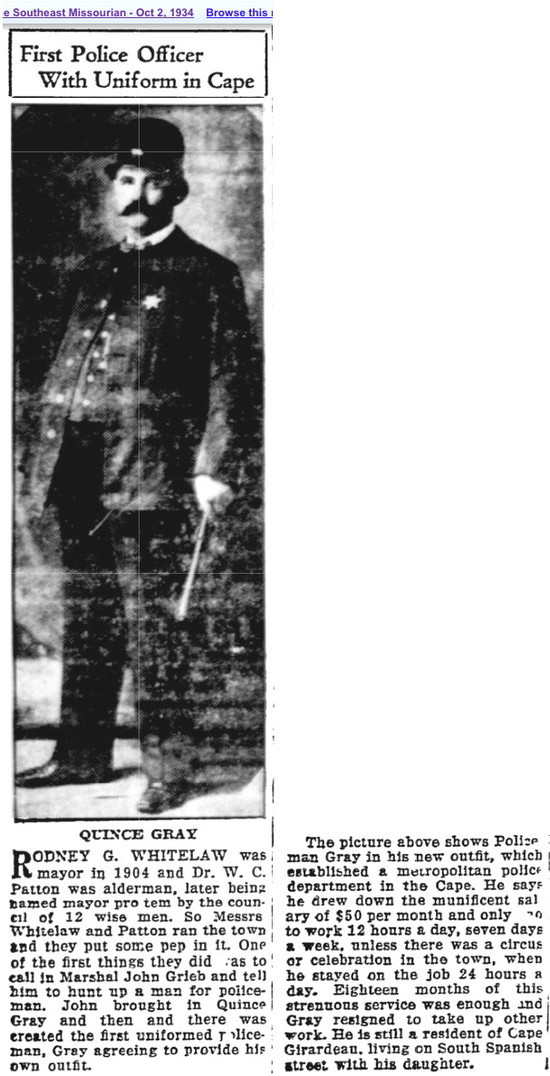