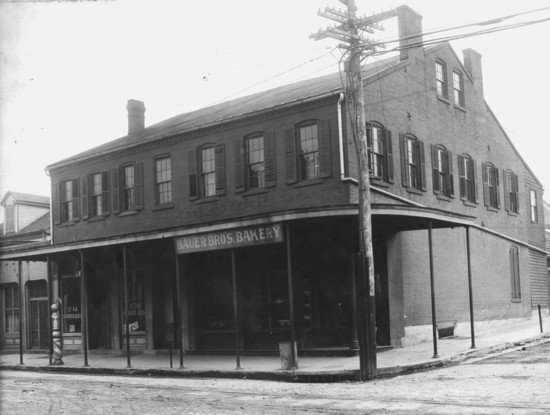 Many years ago, back in the days before PowerPoint, I used to make a slide show presentation of old houses and commercial buildings in Cape Girardeau to service clubs, historical societies, classes, etc. The emphasis was always on structures that once graced our town, but fell to the wrecking ball, mostly in the name of "progress."

Here's an early photo of the Opera House: 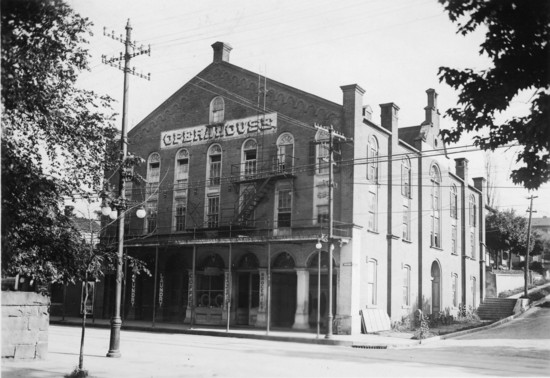 While a version of the Opera House still stands, Bauer Bakery was razed in 1977 "to make room for future improvements." At the time it was owned by Milton George of Broadway Prescription Shops, Inc. The pharmacy is still in operation to the west of the former site of the bakery.

Newspaper articles on file in the Missourian library are unclear about the origins of the bakery. The founding date in various articles is given as 1898, 1899, and 1900. The founders are usually listed as two brothers, Carl and Fred Bauer, with a third brother -- Christian -- joining them in 1906.

The brothers didn't acquire the Broadway and Sprigg Street location until 1904, purchasing the property from Mrs. Emelia Thiessen on July 26. At one time, the property was owned by Conrad Kempe, who operated a hotel and saloon there. Kempe died in 1903.

A history of the business and the Bauer family was published Sept. 11, 1925: 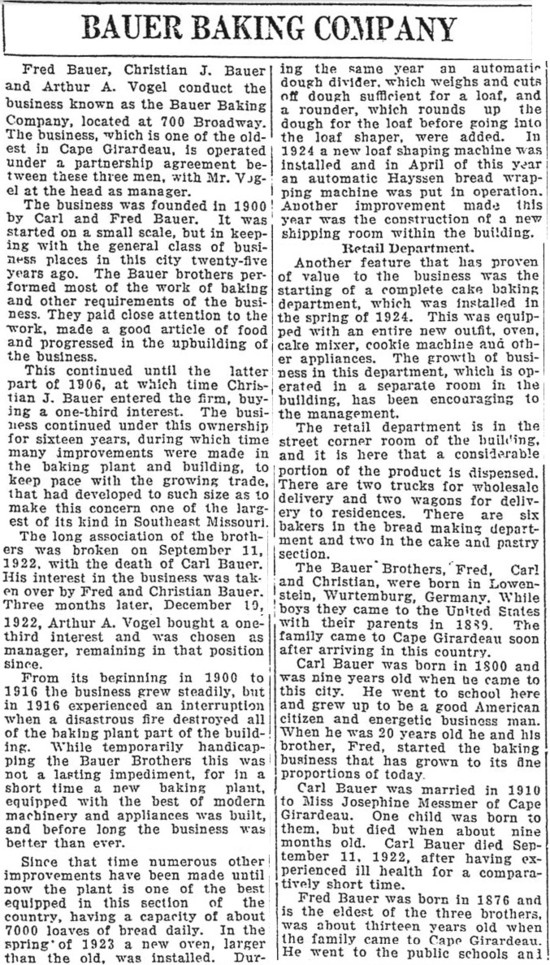 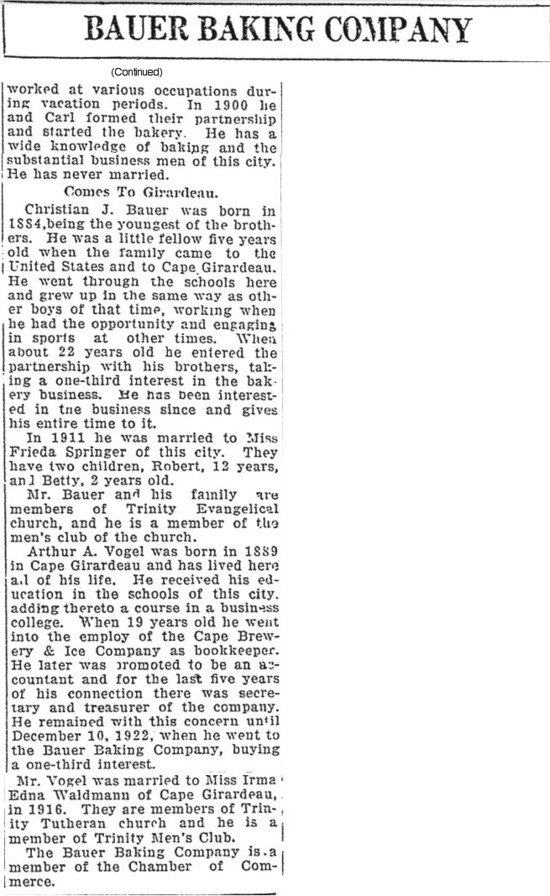 The bakery was sold in 1944 to the Master Baking Co., of Mt. Vernon, Ill. While the business was sold, Chris Bauer retained ownership of the Broadway building, leasing it to Master Baking for a term of seven years. He died in 1969.

Here's a photo that ran in an ad for Master Baking from the Dec. 31, 1945, edition of the Missourian: 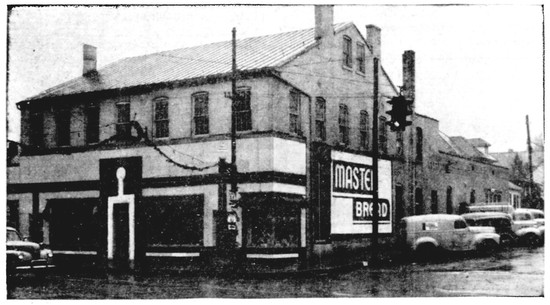 Master Baking and then Cape Girardeau Baking Co. operated at the site for a number of years. In later years, it housed a variety of commercial ventures, including P & Q Auto Parts, the Criss Cross Cafe, and Jordan Office Equipment & Supply.