In my last blog I dealt with the history of Doyle's Hat Shop. When it closed in 1960, it was 101 years old. That blog was a continuation of an earlier installment about pioneer retail establishments in Cape Girardeau. Two other longtime stores were mentioned in that 1939 article: Vandeven's Grocery and Hirsch's general store.

While brief histories were given of each, I thought more in-depth articles would be of interest to my readers. 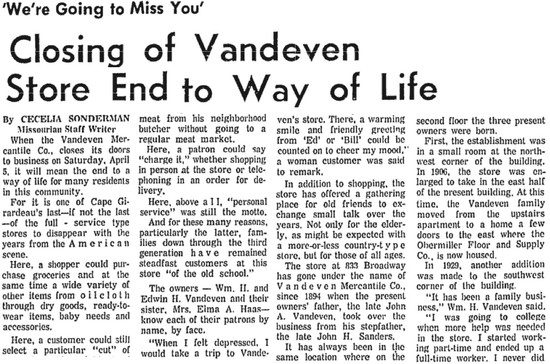 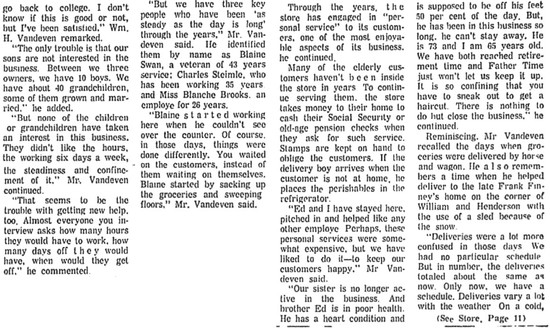 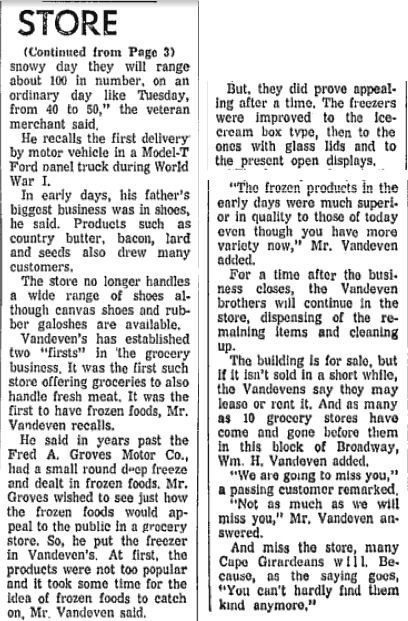 G.D. "Frony" Fronabarger announced the closing of Hirsch's in his business column on June 12, 1977, but offered little background. Here's a story that provides a better history of this Haarig mainstay. 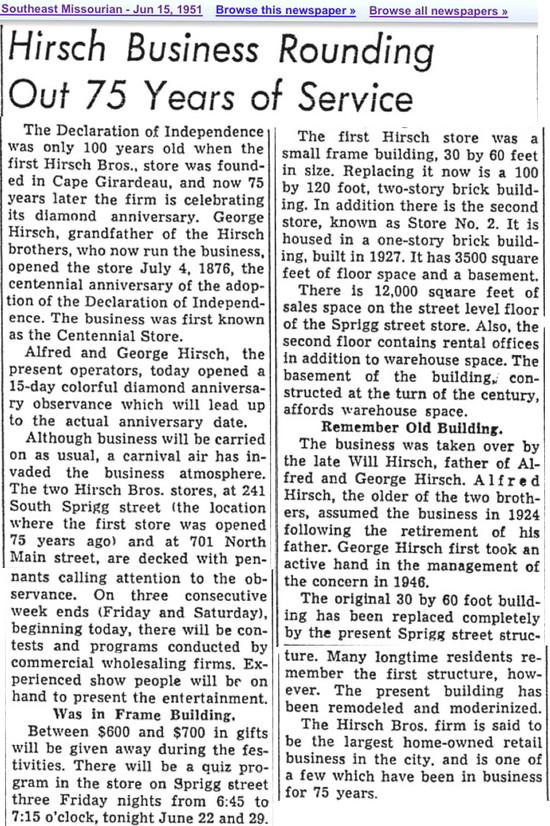 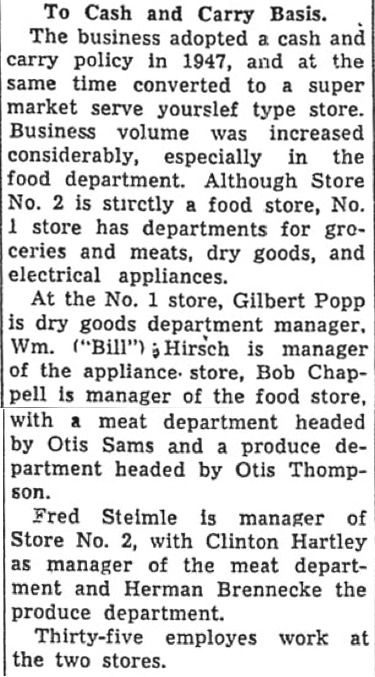