Ruehmann building on North Main destroyed by fire in 1930

Towering over its neighbors on North Main Street at the turn of the last century was the Ruehmann Hide & Fur Co. building. 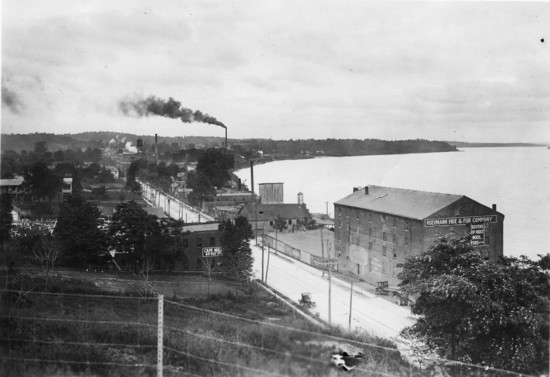 Believed to be constructed between 1820 and 1830, it originally housed a flour mill, one of three along Cape Girardeau's riverfront. Just when Edward Ruehmann established his business in the building isn't known, although it was there as early as 1906, according to the City Directory for that year. What is certain is that the business folded in 1930, when fire destroyed the big brick structure and its contents.

Here are two stories detailing the conflagration and giving some history of the old building: 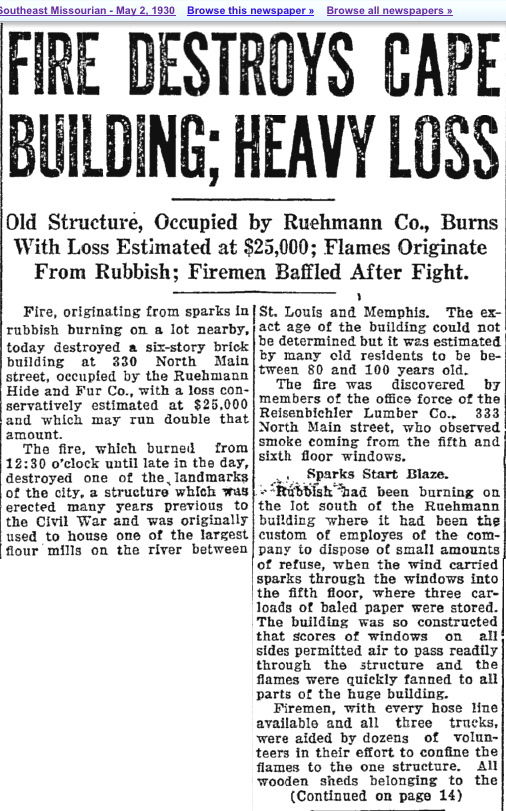 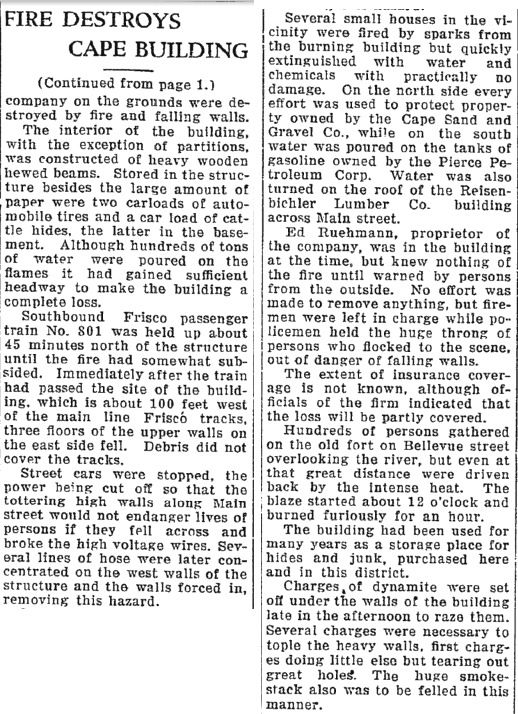 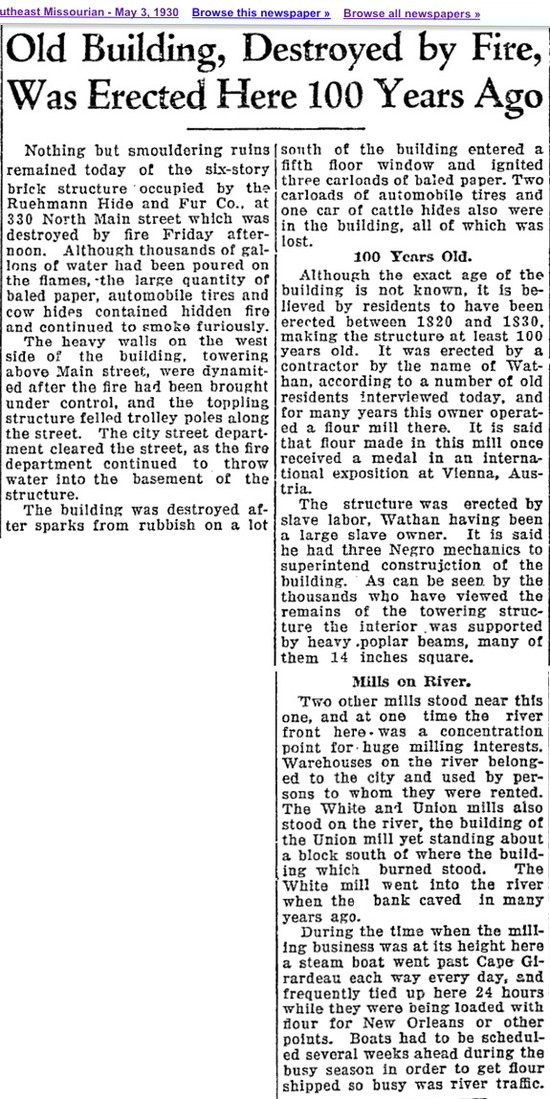