In 1976, the United States of America celebrated its bicentennial. Missouri, as part of the festivities, initiated its "Century Farm" to recognize the role agriculture played in the state's development. According to the program's website -- http://extension.missouri.edu/centuryfarm/history.html -- 2,850 Missouri farms, in the same family for 100 years or more, were recognized. Century Farm designations continue.

About a week after the newspaper announced the program, the history of the first farm on the list -- the Williams farm -- was published. 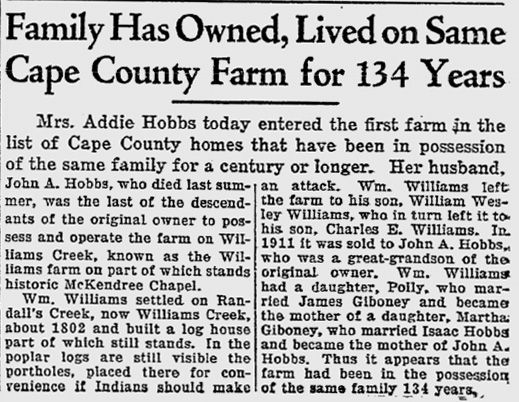 A second farm was added in the early days of 1937. 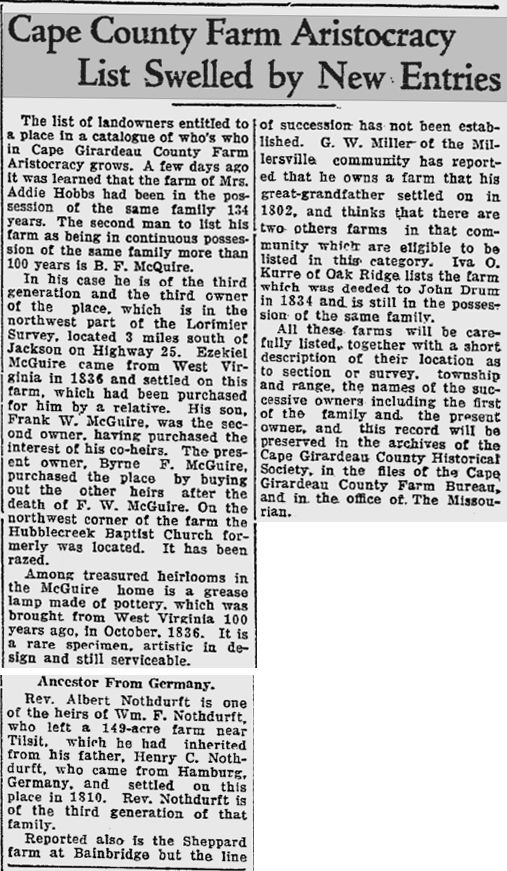 Just how many farms were ultimately named "century farms" and were featured in the Missourian has yet to be determined. I'm hoping to find many more as I continue to research this topic.

The list reminds me of a similar Missourian program featuring elderly residents of the Cape Girardeau area. It was called the "Century Club" and was also compiled in the 1930s. The Cape Girardeau County Genealogical Society has gathered these articles together and published them under the title "Century Club of Cape." The society's website, with a listing of all its publications, is http://www.rootsweb.ancestry.com/~mocgcgs/