My Christmas gift to you

Throughout my years at the Southeast Missourian, I have been privileged to work with some talented writers.

Two of the best were Sally and Ray Owen.

Sally's career at the Missourian included general assignment reporting, features and education writing, as well as handling a number of editor's duties. She left the newspaper in 1986 to work in the public relations department of Southeast Missouri Hospital.

Ray covered everything from hunting and fishing to sports to business news. In addition, at various times, he served as sports editor, city editor and business editor. Ray retired in 2002.

Both Sally and Ray excelled at column writing.

Since it's the season of giving, I thought I'd share two of my favorite Owens' columns. I hope you enjoy them as much as I do. Merry Christmas! 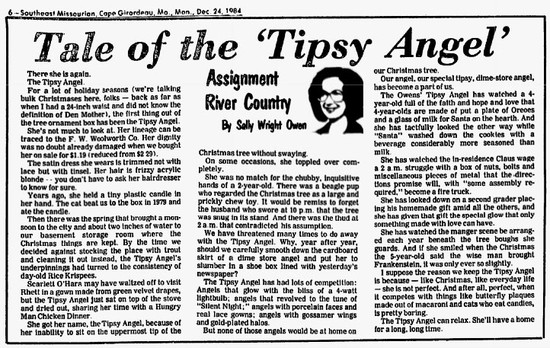 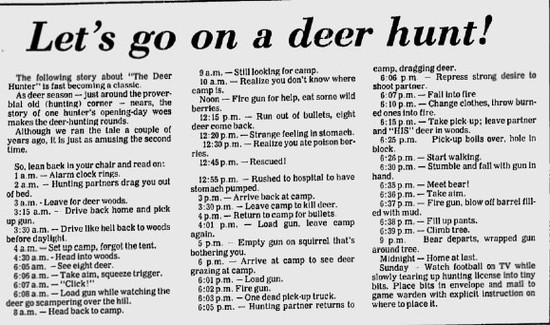